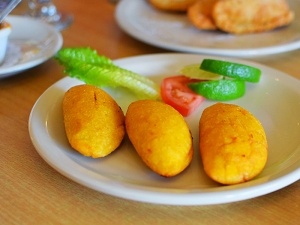 My previous restaurant review was of Andale, the excellent taqueria in Richfield, in the south metro. With this review I go further north in the metro area, to Northeast Minneapolis (locally known just as Northeast), and further south in Latin America, to La Colonia on Central Avenue. Their specialty is Colombian and Ecuadorian food. I don’t know very much about either cuisine. My only previous encounter with Ecuadorian food was at Chimborazo—further up Central—and I don’t know that I’ve ever eaten at a Colombian restaurant before. As such I am the furthest thing from an expert on this food. I can tell you with certainty, however, that you are likely to leave a big meal at La Colonia wanting to lie down and that it may take you many, many hours to emerge from a meat coma.

We were a party of six adults at lunch a couple of weekends ago and tried a range of things; most of it was enjoyable. Before I get to the food though, a few words on the space for those who have not been before. The restaurant doesn’t seem particularly large as you enter but there’s a second, larger dining room off to the right, and yet another through it. We were seated in the first room, which was not particularly busy, but the other two rooms were quite full at noon on a Saturday. The space is comfortable and casual and the people are friendly.

For pictures of the restaurant and the food, please launch the slideshow below. Scroll down for price/value etc. 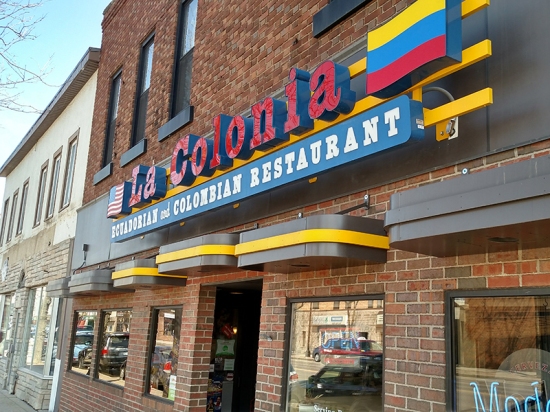 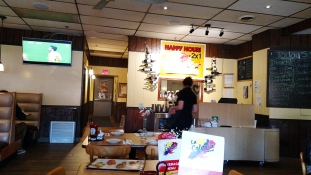 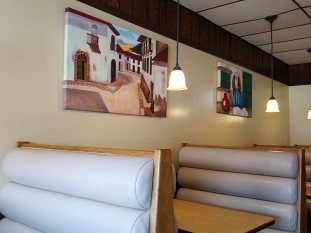 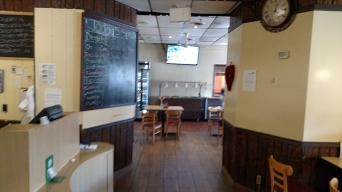 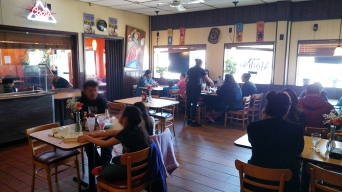 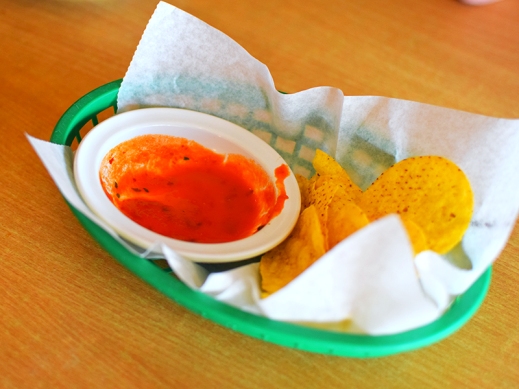 They first put out a rather bland salsa but then refilled it with an altogether more robust and tasty version. 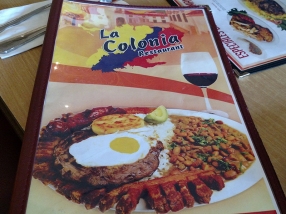 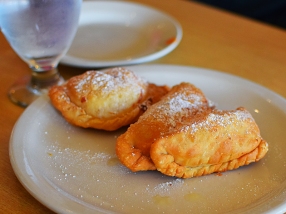 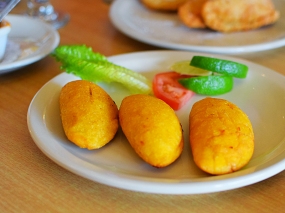 A rather different style. 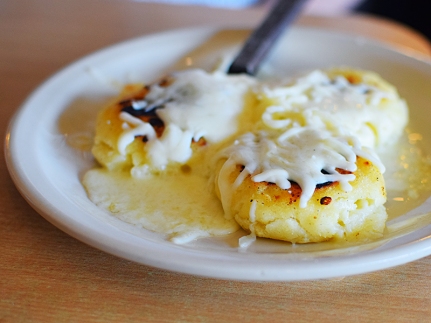 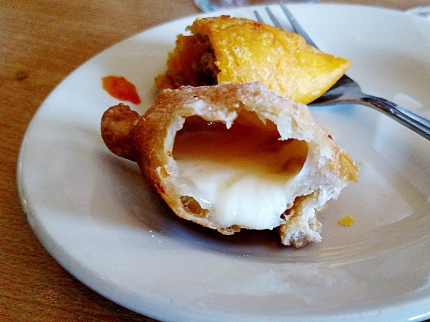 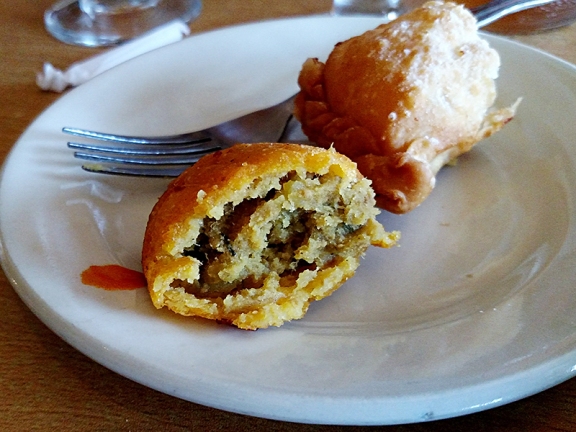 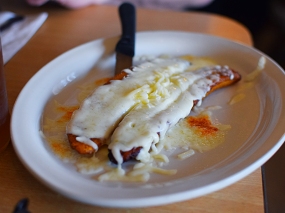 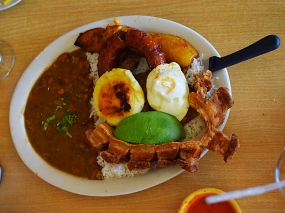 Not sure what the rates of heart disease are in Colombia and Ecuador. 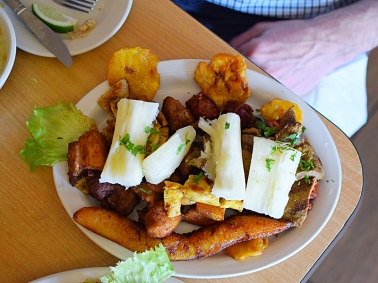 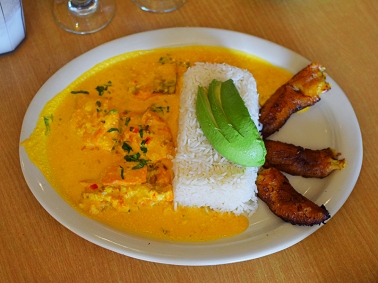 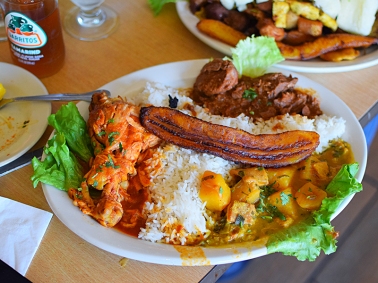 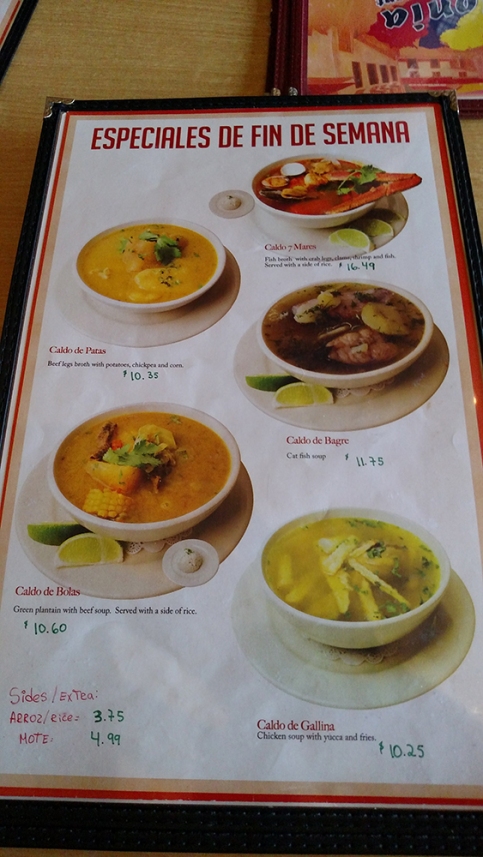 These are the weekend special soups/stews. 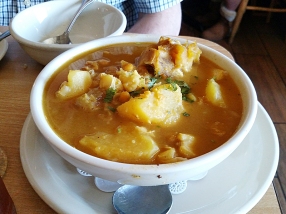 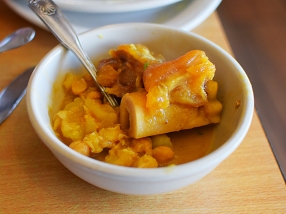 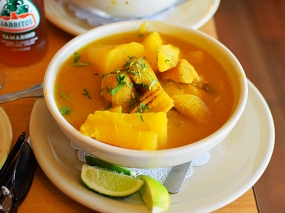 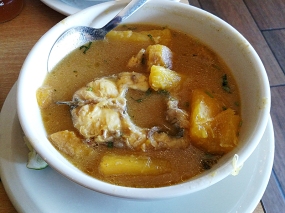 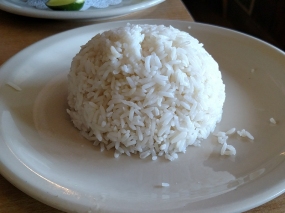 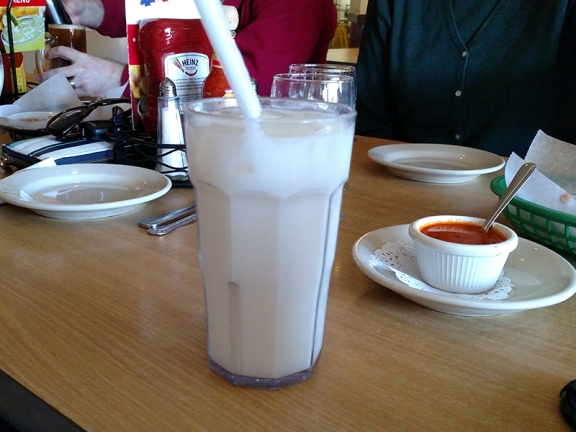 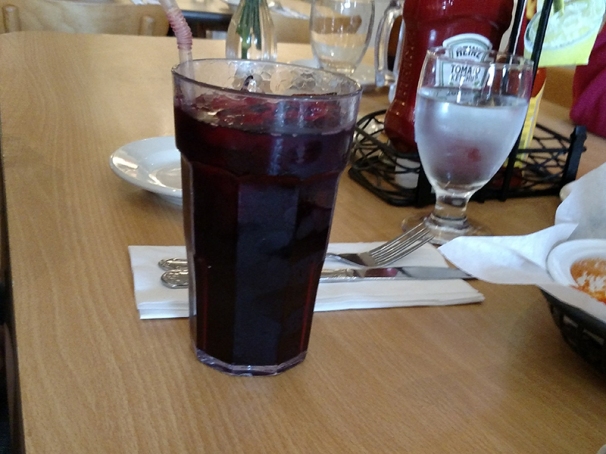 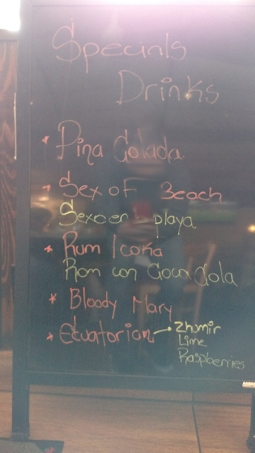 You can also get various cocktails, including “Sex of Beach”.

All of this, plus a few soft drinks, a horchata (which the person who got it said was just ordinary) and a beer, came to $26/head with tax and tip. Not cheap but probably appropriate for the amount of meat we ate (and we did take some leftovers home). The service was friendly but not always there—and there was a fair bit of confusion with the bill at the end; first, we were given a different table’s far less extravagant bill, and then there was a mixup in running our credit cards. Still, these are minor considerations at a place like this, especially as the problems were cleared up very quickly.

On the whole, it was a nice change-up meal but I’m not sure how often I’d want to eat like this—it took me a long time to get hungry again and I’m not sure my cardiologist would approve. That said, I am open to recommendations for other Latin American places elsewhere in the Twin Cities. And if you know more about the distribution of Central and South American populations and restaurants in the metro area, please enlighten me on that subject as well.

For my next couple of reviews I’ll return to Southeast Asia (well, Southeast Asian restaurants in the Twin Cities anyway), and I’ll probably soon start posting looks at more groceries around the Twin Cities that cater to (more) recent immigrant populations. But before that there’ll be more whisky!