The plan for this past weekend had originally been a walk around a park in Maplewood followed by takeout from Indian Masala, an Indian restaurant in Maplewood that’s been recommended highly to me by Mike McGuinness (who runs the excellent East Metro Foodies Facebook group). But the plan never quite came together and we ended walking around Como Lake instead and picking up more Vietnamese food to take back to the yard of the friends in St. Paul we often do these walk+meals with. On the last occasion we’d picked up lunch from iPho by Saigon; this time we hit up Pho Pasteur, which is very close to their house. Here’s how it went.

Pho Pasteur is a recent arrival on the St. Paul Vietnamese scene. They’re located on Snelling, a few blocks from the main University Ave. drag, steps from Sole Cafe. I think they opened in the summer of 2019 but don’t quote me on that. They have become quite popular in a short while though. Our friends say it’s a favourite of Hamline University students; and this year their pho was named the best in the city by City Pages. I tend to take these kinds of awards with a large pinch of salt; my guess is that editors just cycle through a list of contenders making sure the lists aren’t the same from year to year. Still, it seemed like a fair bet that the pho would at least be very good. Did that turn out to be the case?

Well, our opinion was that while tasty neither the pho nor the bun bo hue was particularly distinguished and that it was hard to make a case for them over iPho (our most recent stop) and certainly not over Trieu Chau, which is our favourite in St. Paul. Once again we thought that despite the primacy of pho in the restaurant’s branding it was the banh mi that was the best thing we ate—and it was pretty good indeed with quite a bit of paté (which is not a given in our South Metro haunts). Surprised they only do the two banh mi fillings. We also quite like the bi cuon (fresh spring rolls with pork skin and grilled pork). The boys likewise really liked their broken rice plates with grilled pork and shrimp. And our friends’ teenager seemed to think that the chicken wings he got were better than the ones from iPho three weeks ago. He also got an order of fried dumplings that he liked as well.

The restaurant itself is bright and large. Which is good as they’re open for socially-distanced dining in. There weren’t many tables occupied when I arrived but more people seemed to be showing up as I was leaving. For a look at the restaurant and the meal, launch the slideshow below. Scroll down to see what we made of it on the whole. 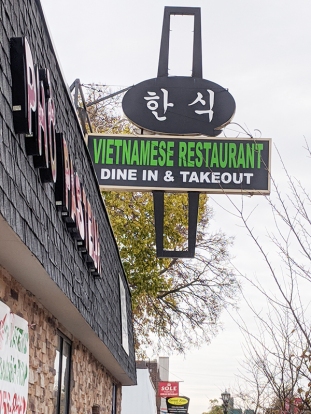 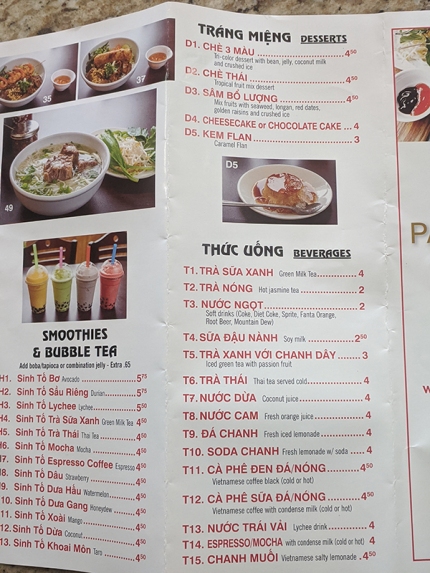 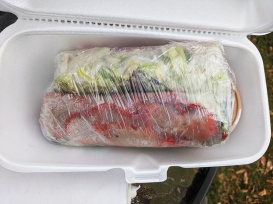 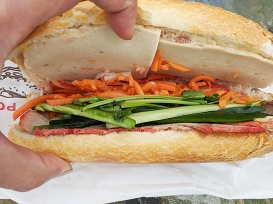 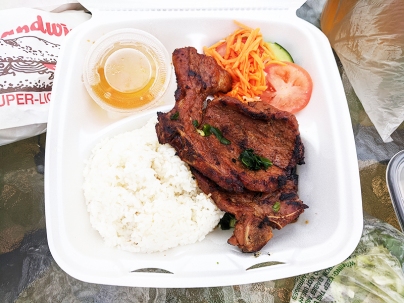 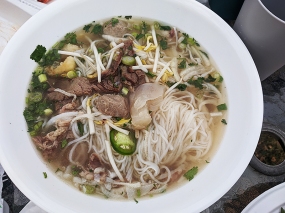 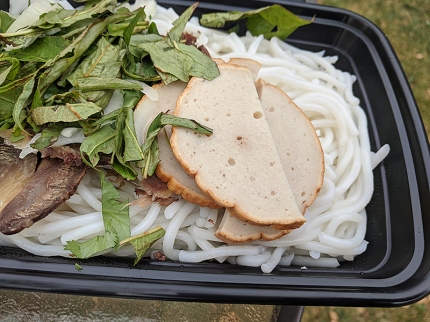 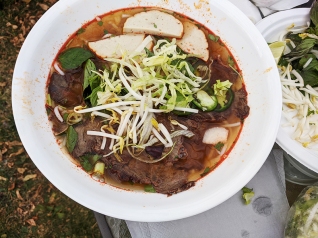 All in all, this was a pleasant enough meal but their pho is nothing out of the ordinary (and their bun bo hue too didn’t have the depth/earthiness I like). I’d happily eat their pho again if they were in my neighbourhood; but by the same token, driving from much further away, I wouldn’t pick them over Trieu Chau or even Tay Ho further down on University. I’ll happily walk across the street and pick up a couple of banh mi the next time the missus is buying Korean groceries at Kim’s Oriental though.

Okay, will we make it to Indian Masala this weekend? It’s going to depend on the weather. I don’t think we’re ready for a long family walk near the freezing point. Let’s see how it goes.