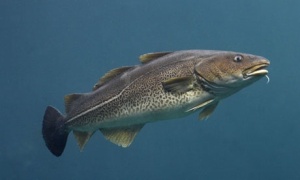 We all drink Scotch whisky only to appear sophisticated. If you have a bourbon in your hand and someone asks you what you’re drinking you invariably have to say a name that sounds like it belonged to a minor Civil War general and then you worry that they might think you’re wearing confederate flag underwear. And if it is a Canadian whisky then you will likely become the butt of cruel jokes. But if you’ve got a glass of Scotch in your hand you get to hit your interlocutor with an unlikely combination of consonants and guttural sounds that make you sound like Sean Connery, or at least Mike Myers’ impression of Sean Connery. It doesn’t matter how you pronounce names like Laphroaig or Auchentoshan because nobody else knows how to pronounce them either. The problem comes when you’re asked what the name means (and anyone who’s been around drunks knows that we, I mean they are very interested in etymology).

Complicating matters is the fact that only three people in the world understand Scottish Gaelic and no one understands them. This is why whisky blogs like mine are important: in addition to enabling you to quantify the exact difference between Lagavulin 12 CS, 2009 (88 points) and Lagavulin 12 CS, 2012 (87 points) we can also tell you what “Lagavulin” means (“green meadow where the maidens play”). Herewith a guide to the meanings of the names of a number the major Scottish distilleries and some more obscure ones too.

Some basic guidelines that make much of this quite simple:

Now on to some of the others (and keep in mind that the Scots are a famously whimsical people):

Highland Park: This one’s not complicated; the distillery is named for the first three star hotel in Scotland, which was located where the visitor’s center now sits.

Longmorn: “Long Day”. Another seemingly straightforward one but distillery historians are divided on whether this refers to the whisky being a reward for a long day’s work or to the day after a long evening’s drinking.

Oban: “The Little Bay”. Named for the founder’s daughter’s favourite horse, a mild and inoffensive animal.

Clynelish: “Green Pasture/Garden”. The origins of the name are somewhat mysterious given the distillery’s location in the heart of Glasgow’s warehouse district.

Caol Ila: “The Isle of Coal”. This is the traditional name of Islay; no one who has tasted its notoriously sooty whisky will be mystified by this.

Laphroaig: “The Mighty Toad”. Little-known fact: it was during his tenure as distillery manager that Kenneth Grahame wrote the first draft of The Wind in the Willows.

Balvenie: “The Factory”. In recent years the distillery has sought to distance itself from its origins as the first large-scale factory distillery in Scotland, once a source of pride.

Macallan: “Son of Allan”. Prophecy tells that this proud distillery will fall when “Ageless ones make its house run red”. Who the hell knows what that means.

Pittyvaich: “For Pity’s Sake!” Legend has it that this is what Robert Burns screamed when he first tasted the product of his family’s distillery, turning immediately to the life of sobriety for which he is celebrated.

Glenmorangie: This may seem like another of the “glen” names but in fact it is a corruption of “Clan Moranche” and is pronounced “Clan Maur-ansh”

Glendronach: This is another case of a “glen” name not referring to a place. “Glendro” means “counting” and “nach” comes from the Old Lay Norse for “error”. The name originates in a counting error in a survey in the early 1800s as as a result of which the distillery was left off the tax rolls for many decades. The current owners commemorate this legacy by using more than one cask in releases they refer to as “single cask”.

Hazelburn: As with the defunct Ladyburn, the name of the imposing Hazelburn distillery commemorates a site of virgin sacrifice. Like haggis and the bagpipes, this is a controversial Scottish tradition which outsiders find troubling but which it is claimed is crucial to Scottish identity.

Port Ellen: “The Place of the Valuable Cattle”. The founder of the distillery is also believed to be the originator of the Black Angus breed of cattle.

Well, these are just some of the more than 100 distilleries in Scotland. I hope you will find the list useful. Feel free to add to it below.

7 thoughts on “A Guide to the Names of Scottish Distilleries”