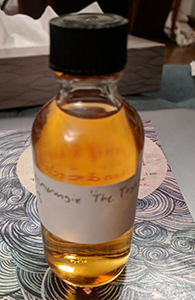 Let’s do another Glenmorangie. Alas, it’s another NAS whisky—Glenmorangie have released so many of them. Unlike the Tayne, the Taghta is not part of their current lineup. It was a limited edition released a few years ago and was said to be a crowd-sourced whisky with all aspects of the selection of the whisky apparently having been voted on (“Taghta” is apparently Gaelic for “chosen”). From various sherry/wine finishes a Manzanilla finish was selected by whoever did the voting. I’ve read some reports that indicate that this is the regular 10 yo plus a finish but there’s no official word to that effect. I guess the crowd that selected it didn’t get a say in the age. Unlike the Tayne, it’s at 46%, so it’s at least got that going for it. Anyway, let’s see what it’s like.

END_OF_DOCUMENT_TOKEN_TO_BE_REPLACED 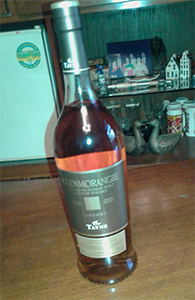 Yesterday I posted a review of a whisky available only in India, a sample of which I acquired while in Delhi last month but which I did not drink there: Amrut Amaze. Today I have for you a review of a whisky available worldwide—though mostly (only?) in duty-free shops in airports—that I did in fact drink and review in Delhi: Glenmorangie’s The Tayne. A bottle of this was in my father’s bar and I tasted it on a couple of occasions. I failed to photograph it, however, and after returning asked my parents to take a picture and WhatsApp it to me. What you see alongside is the best of many pictures they sent me. It appears to be of a full bottle which means my father had more than one hanging around. Okay, now that I’m done with the fascinating family anecdote, what can I tell you about the antecedents of the whisky itself? Not very much, I’m afraid. I have no idea why it is called “The Tayne” and I am reluctant to find out as it may make me feel bad about laughing to myself sophomorically every time I think of it as Glenmorangie, The Taint. I can tell you that it is a NAS whisky that has been “finished” in Amontillado casks. How long the original maturation lasted and how long the finish, I do not know. But I can tell you what I thought of it.  END_OF_DOCUMENT_TOKEN_TO_BE_REPLACED 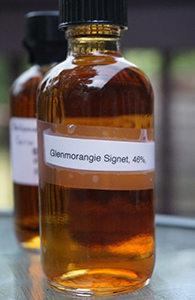 Here is another of Glenmorangie’s special edition whiskies (though this is, I think, an ongoing small batch release). Unlike the Ealanta, the Signet carries no age statement, but like it it has somewhat unusual origins. Whereas the Ealanta’s claim to difference is its 19 years in virgin oak casks, the Signet’s claim to fame is both the use of roasted “chocolate barley” malt as well as “designer bespoke casks”. What exactly makes the casks different or how much of the malt used is the special kind, I’m not sure. The information is probably out there but I’m too lazy to check. I’m not in the business of providing information, after all, only unreliable reviews.

I’ve had the Signet before and liked it a lot. On that occasion I bemoaned its asking price (about $180 in most US markets) which is, in my opinion, out of keeping with its quality: it’s good but it’s not that good, and I’ve never really been tempted to get a full bottle. However, I have wanted to taste it again and so when another sample swap provided an opportunity, I took it. END_OF_DOCUMENT_TOKEN_TO_BE_REPLACED

This was the 2013 release in Glenmoangie’s “Private Edition” series. Not having cared overmuch for most of the others I’ve tasted (the Artein and Companta, for example) this is not in and of itself a huge recommendation for me. Then there’s the fact that this has been aged for 19 years in heavily charred virgin oak casks—I’ve not generally had a good track record with whisky aged in virgin oak casks, though I will grant that I’ve never had one aged for 19 years in virgin oak. It was expensive on release, as most of these Glenmorangie limited editions are, but at least it has an age statement.

There was also some amusing marketing blather on release. Bill Lumsden told The Scotsman that he “hid the barrels in a corner of a warehouse 19 years ago so the whisky didn’t get used in a blend”. Yes, Dr. Bill, that’s obviously the way to make sure one of your experiments doesn’t go astray, “hiding” it in a warehouse; it’s a wonder the children who run the distillery and warehouses didn’t stumble upon it while playing conkers during their lunch break. END_OF_DOCUMENT_TOKEN_TO_BE_REPLACED

Here is the latest special release from Glenmorangie, or to use their lingo, “the fifth release in the Private Edition”. As to what’s private about it, I don’t know considering that I have a bottle of it. Those who are aware of my aversion to wine cask-finished malts, and particularly those who remember my last outing with one such from Glenmorangie, may be surprised to see me with a bottle of this. I didn’t actually “buy” one–I traded some samples for it with another whisky geek who really didn’t like it. There’s been some interesting talk about it and morbid curiosity led me to want to check it out. Let’s take a deep breath and see how it goes.

Glenmorangie Companta (46%; from my own bottle)

Nose: Well, this is promising: not particularly winey and not as berry-forward as the Artein, though there is some red fruit here (cherry). Instead it leads with sweet raisiny notes and some salted nuts (cashews?). Something mildly fudgey as well and also a slight leatheriness. The raisin turns into plum and with time the salt comes to the fore. Water makes the cherry jump out in front. END_OF_DOCUMENT_TOKEN_TO_BE_REPLACED

This is a classic whisky, one that’s been the gateway malt for a good number of drinkers, I’d imagine. If you’ve ever wondered what the quintessential Northern Highland profile is, this is it (though fans of the Old Pulteney 12 and the younger Balblairs may disagree). Given all the crazy (and ongoing) experimentation at Glenmorangie in the LVMH era this entry-level malt gets forgotten in the hoopla over the various exotically finished or put together annual releases.

I’ve tasted it regularly–at bars, at friends’ homes–over the last decade or so and it’s always been solid, if unremarkable. For whisky geeks, or aspiring whisky geeks, that may seem like damning with faint praise but there’s something comforting about knowing that the Glenmorangie 10 is still the Glenmorangie 10; and there are evenings when a solid but unchallenging malt like this is just what you want. This is one of those evenings. END_OF_DOCUMENT_TOKEN_TO_BE_REPLACED 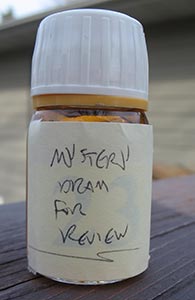 This is a mystery whisky my friend Rich recently gave me with no name or any other details attached. The plan was that I would review it and send him my notes and he would then reveal where it’s from, how old it is, what kind of wood etc.. Neither he or I are interested in seeing if I can identify the distillery. That’s a mug’s game (and one that I have a terrible track record with for anything that’s not Bowmore). The exercise is really to see what I come up with without preconceptions of any kind. Well, I am excited to see what this is like and just how wrong my guesses about age etc. will be.

[I tasted this last night and sent Rich the notes below. He revealed the identity etc. this morning. I have asked Rich to write in to the comments below later and confirm that the notes I sent him have not been altered for publication.] END_OF_DOCUMENT_TOKEN_TO_BE_REPLACED

After the Artein disaster I’m hoping for good things from this sample of Glenmorangie’s Sonnalta, which is matured for 10 years in ex-bourbon casks and then “finished” for two years in Pedro Ximinez sherry casks. PX sherry, as the maltheads and old English ladies know, is particularly sticky and sweet. More robust distillates, such as Glendronach’s, hold up well to the cloying PX character, as does Lagavulin (in its Distiller’s Edition incarnation), but how will a more delicate distillate like that of Glenmorangie fare?

This ends my mini-run of recent’ish Glenmorangies and begins a slightly longer run of reviews of sherried malts. There are a couple of particularly decadent treats coming soon.

Glenmorangie Sonnalta PX (46%; double matured in bourbon and PX sherry casks; from a sample received in a swap)

Nose: A little closed at first but then there’s some raisins and brown sugar along with some pencil lead/graphite and something savoury (beef stock?). With time there’s some orange peel, a hint of cold black tea and a touch of soy sauce. With a drop or three of water there’s some brine/salt and more of the citrus and pencil lead. With some more time the raisins rejoin the party as well. This really swims quite well. END_OF_DOCUMENT_TOKEN_TO_BE_REPLACED

The Artein was released a year or two ago. It’s a vatting of whisky from 15 year old and 21 year old Glenmorangie finished in Sassicaia casks (a so-called “Super Tuscan” Bordeaux-style red wine). There is twice as much 15 yo as 21 yo whisky in the vatting. I can’t say I’ve loved too many (any?) red wine finished whiskies but let’s see what I make of this one.

Glenmorangie Artein (46%; finished in Sassicaia casks; from a sample received in a swap)

Nose: Red fruit and berries but not particularly bright and sweet. There’s some polished wood with a little rye. With a minute or so of airing the wood gets quite perfumed/aromatic; in fact, it’s almost in men’s eau de cologne territory. Seriously (a nice cologne though–something Cary Grant would have worn). END_OF_DOCUMENT_TOKEN_TO_BE_REPLACED

Glenmorangie was the distillery that first got me interested in single malt Scotch just over a decade ago. Granted this was largely because I was very attracted to the idea of their old lineup of wine cask finished malts; I had an ambition to one day own all of the releases in the old “Sherry/Burgundy/Port/Madeira Wood” range. I never quite got there–I think it was the Burgundy Wood that cured me of that ambition–and I grew to like the simpler 10 yo instead.

In the last 5-6 years I’ve lost interest in Glenmorangie. Some of this, if I am to be honest, probably springs from a desire to distance myself from distilleries and whiskies I was enthusiastic about when I was a less seasoned drinker; and some of it doubtless has to do with a distaste for the trend towards premiumization/bullshit in the Scotch world that Glenmorangie under the LVMH ownership have been one of the prime drivers of. Their new releases have often seemed more like “cool” ideas than whiskies I’d want to actually drink. END_OF_DOCUMENT_TOKEN_TO_BE_REPLACED