This jam is merely a variation on the pluot jam I posted a recipe of a week or so ago, but what’s the point of having a blog if you can’t make entirely superfluous posts? I was moved to make it for three reasons: 1) quality apricots are not in season/available here yet; 2) the local co-op had a different variety of pluots in which made this seem like it could count as a different fruit (though for some reason they didn’t list the variety); 3) after the Galliano experiment I wanted to play around with other liqueurs/liquors as well.

As it happens, I think this jam is better than the previous. It also recycles an element of another pluot/plum jam I made a few years: the use of star anise to scent the jam. The star anise doesn’t actually get jarred with the jam, by the way—it just makes for a more arresting photograph; though I don’t know if it would be a problem if it was jarred. If anyone has any opinions on whether it would be a problem from a spoilage perspective if it were to stay in there please chime in. I’m inclined to think it might be a problem from a flavour perspective anyway as the star anise might get too woody and/or assertive. 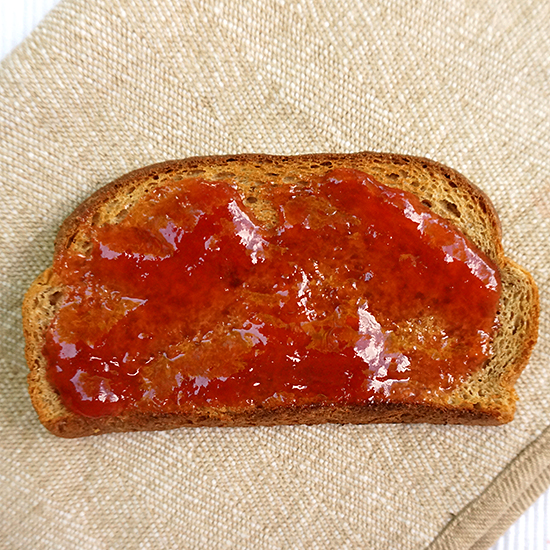