I mentioned in a comment last week that I would be making another batch of peach-ginger-bourbon jam and some straight-up peach jam this week. I did make the second batch of the peach-ginger-bourbon but ended up making a raspberry-peach jam with the rest of the peaches. This because our CSA’s limit on raspberries this week was one quart, which is not enough to be worth the jam-making effort for a raspberry-only jam, and for unappetizing reasons that I’ll go into later, we weren’t going to be eating the berries as is. So, another combo jam it was. But I did manage to keep myself from adding booze to it.

I’ve only ever put raspberries in multiple berry jams before (I’ll have my “Red, Black and Blue” jam up soon) and I’d imagined that what I might end up with was a mostly golden peach jam with raspberries suspended in them. No such thing happened. Despite there being twice as much peach in there as raspberry, the raspberry dominated, both in terms of colour and flavour and of course they disintegrated completely. It’s tasty though. 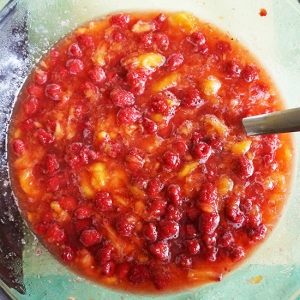 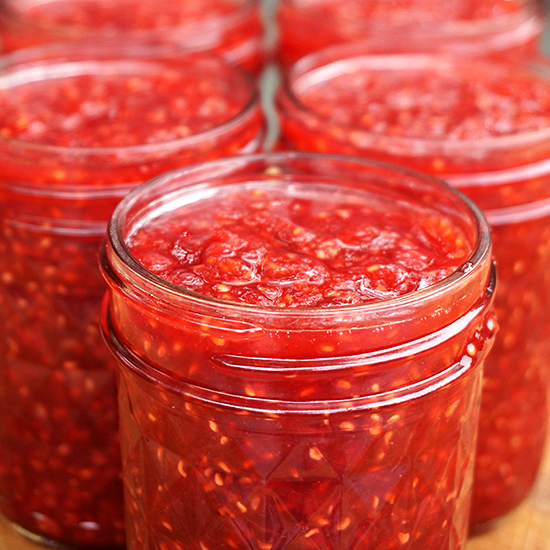