I’m a little fuzzy on where the line between soup and stew is or on what basis it is drawn. I do know that it’s hard to go wrong cooking pork and beans together. Here they are joined by sweet cubes of butternut squash and only a few other ingredients to create a hearty and heartwarming bowl that’s perfect for cold Minnesota winters or pretty much any other day of the year, anywhere. In terms of flavours I would say that it’s Mexican-inspired and I’d hazard that if you were served this in a contemporary Mexican restaurant you wouldn’t think it was out of place.

As with all my bean cooking, this employs my friend Steve Sando’s Rancho Gordo beans. I made this with Alubia Blanca, a small white bean from his Xoxoc Project, a very worthy endeavour. I think the white beans give the dish a nice range of colours but you can make it with any other bean with similar texture: for example, Yellow Indian Woman. 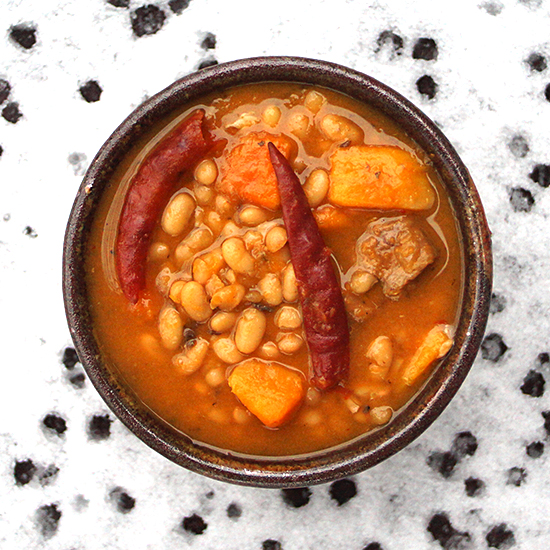 One thought on “White Bean Stew with Pork and Squash”