After Tuesday’s review of a meal at an outpost of London’s Thai Square chain, here is a review of another basic Thai restaurant in the UK, this time in Glasgow. We used Glasgow entirely as a port of entry and departure for our Scotland trip in June. On our way in we arrived by train in the evening, had dinner at the closest Nando’s and left for Drumnadrochit the next morning. On our way out we arrived in the late afternoon from Islay via Tarbert and wanted to eat somewhere other than Nando’s. We looked around our hotel and spotted Thairiffic, a restaurant whose food, we reasoned, was bound to be better than its name.

As with Thai Square, it turned out that they make pretty respectable by-the-numbers Thai fare. The restaurant itself is much snazzier than we’d thought it would be from the street. It’s on the second floor (or the first floor in the UK) and the dining rooms are done up more attractively than analogous places in the US, with lots of wood, lots of space between tables and, unlike Thai Square with their “temple” aesthetic, a more vibrant, hipper aesthetic all around. Not surprisingly on a Friday evening, it seemed quite popular with Glaswegian couples of various ages.

They’re in the theatre/concert district and have a pre-theatre set menu (there’s also a set menu at lunch as is common at many restaurants in the UK). As we were hotel-bound and couldn’t generate leftovers we decided to do the two course set menu for £14.95 per person (at least the missus and I did: the boys ate chicken satay and rice). This comprises a selection of an appetizer and a main course from a limited selection but the portions turned out to be far more generous than we’d expected. They also slapped down a complimentary basket of prawn crackers (at least, I think they were complimentary). There was nothing remarkable about the food but it was also far from heinous. And after 10 days of eating nothing but seafood along the coast it was a bit of a relief to get some heat and spice.

For a look at the restaurant and what we ate, launch the slideshow below. Scroll down for the usual comments on the overall experience. 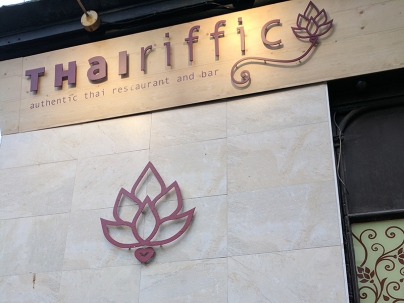 You might miss it if you don’t look up.

Their set menus are what they deploy to snag passersby. 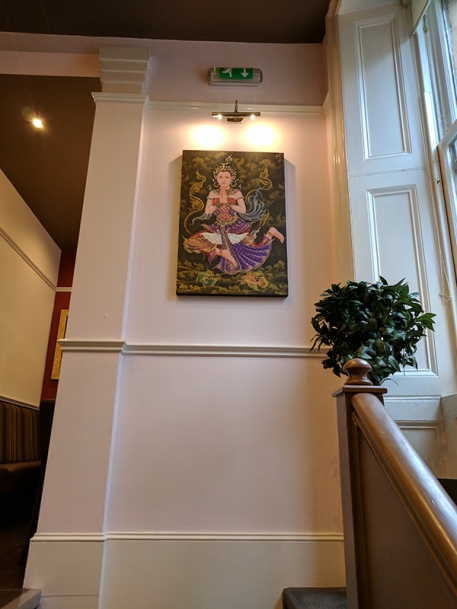 You go in and go up some stairs.

There’s a bar and a little loungey area as you enter.

And large, attractive dining rooms beyond. 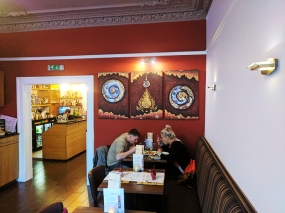 Lots of red everywhere as you can see.

Some of the lighting fixtures are a bit over the top.

There’s another dining room past the first one. 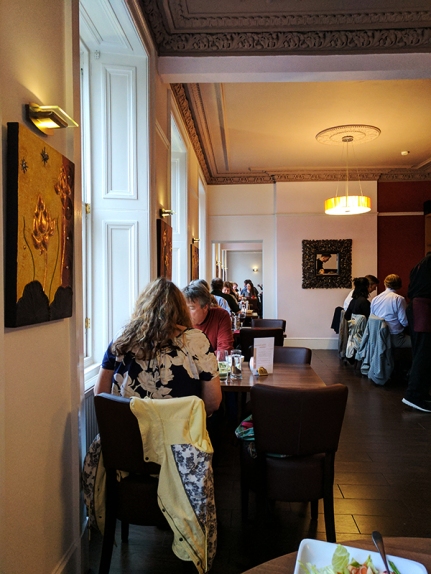 Both filled up as the evening went on. 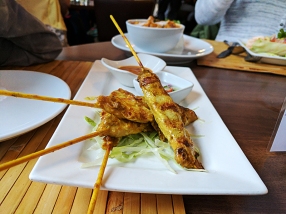 The boys enjoyed these. 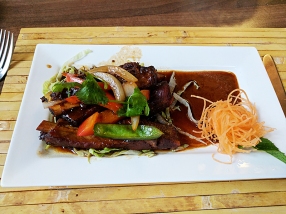 And I quite liked my ribs to start.

The glass noodle salad was decent. 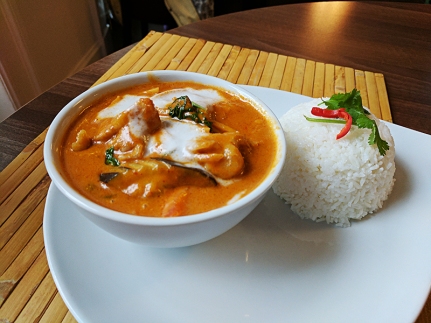 This red curry was decent as well.

But the massamun was a little blah.

Service was very friendly and attentive. And while the food was nothing special it was all done competently enough. As to whether there are much better Thai restaurants in Glasgow, I don’t know, but if you’re in the vicinity, you could do far worse than Thairiffic. As at Thai Square, the default heat level was higher than at similar places in the US and there was greater restraint with sugar as well. And £14.95 is probably decent value for what we ate.

Well, this is my last Scotland review (it’s only taken me 4.5 months to finish up with them). I still have one or two more London reviews to come but next week I’ll be writing up a place in south Minneapolis instead. And tomorrow I’ll have a rum review.