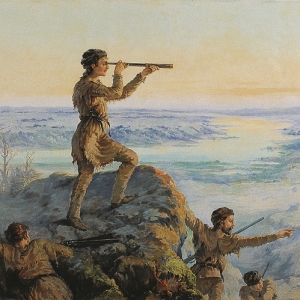 The end of this month will mark the fifth anniversary of the start of my blog. I tell you this now so you may prepare appropriately for the celebrations when the actual day of the anniversary arrives. I began the blog with a review of a Bowmore and have marked each anniversary since with a review of a Bowmore. You can expect that to continue. As for what other whiskies I review this month, as always, I invite your input below.

I should say, however, that of late it seems like my food posts are getting more views than my whisky posts. Of the ten most viewed posts of February three are restaurant reviews (including the top two posts) and one is a recipe. Of the six spirits reviews that rounded out the top 10, two were of bourbons and one was of a rum. Only three malt whisky reviews in the list. Accordingly, I have a long list of potential malt whisky reviews for you to make nominations from for March.

There’ll probably also be at least one rum review and possibly a brandy review or two as well. I’ve also been sitting on some samples of very old blends (as in released many decades ago) so if you’re interested in that genre as well, please give a shout. Probably won’t get to more bourbon till April but am planning on reviewing more standard bourbon this year. On the food front, it’ll be mostly reviews from the Twin Cities metro area plus the occasional recipe. You may also have to ignore another post about books. What fun we’ll have!