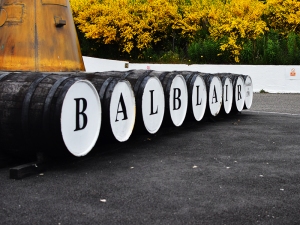 Balblair was my third distillery stop on the day of my visit. The day had begin with a tour of Aberlour. Then on the way out of the Speyside we stopped briefly at Glenfarclas. A couple of hours later we were at Balblair. If you’re ever planning a trip in this part of Scotland and wondering about distillery visits, you should know that it’s very easy to get to Balblair. It’s less than an hour from Inverness and mostly on a nice big highway. It’s very easy to combine it with a visit to the Loch Ness area. And if you so chose, you could stop at Dalmore and Glenmorangie along the way. We did not stop and arrived at Balblair about an hour and a half before closing time.

I’d originally thought that I might try to tour Balblair but it didn’t quite work out. With the Aberlour tour that morning it was going to be a rush to get there for a tour; instead we enjoyed a leisurely lunch with our friends at the Mash Tun. Then I thought it might be possible to do a tour on our way back to Edinburgh from Orkney. As it happened, we stayed at the excellent Edderton Lodge on the way back and it’s literally steps from Balblair. But their first tour is at 10 am and we had an appointment at Tomatin at 11. So I had to content myself with a brief walk around the public parts of the distillery’s grounds and a peek at the visitor centre, where I ended up filling a bottle from the cask they had on the go.

The distillery’s aesthetic is decidedly not flashy but it’s attractive enough in a dark, dour sort of way. I like the approach through farmland, with sheep alongside and the fact that the visitor centre/shop is not effectively separate from the rest of the distillery (as at Glen Grant or Aberlour). The visitor centre is also not very flashy. The shop part is compact and largely devoid of the branding/merchandise overload of a Glenfiddich or Glen Grant. Yes, there are a few items of clothing you can buy but the emphasis is squarely on the whisky. Of this whisky I was most interested in the “fill your own” cask they had. I asked a member of the staff if I could have a taste and she gave me a generous pour from a bottle they’d already filled. I liked it a lot—fruity, ex-bourbon goodness—and decided to indeed fill my own. Their set-up for filling your own is a bit different from the few other places I’ve done it—you can see what it looks like in the photos below. If I remember correctly, they have some pre-filled bottles if you don’t want to fill your own—but I may be misremembering.

The shop opens into a larger space that includes a bar and lounge (with some half-hearted and not especially attractive stabs at branding); there’s also what appears to be a tasting room in there. There seemed to be a number of bottles open at the bar and if not for the fact that I was driving I would have liked to taste a few. On the whole, it seemed like a very pleasant place and in the unlikely event that I’m ever back within striking range I’d like to come back and spend more time here. If you’ve already done that or if you’ve done a tour there, please write in below to say what it was like.

Here now is a slideshow of images of the public areas of the distillery plus the visitor centre. Take a look and then scroll down to see what’s coming next. 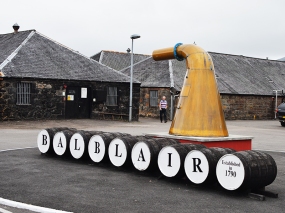 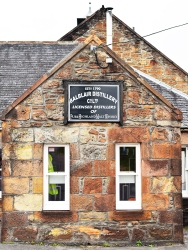 Balblair is the only Inver House distillery that does not use worm tubs.

These were just lying around by the parking lot. Not sure to what end. 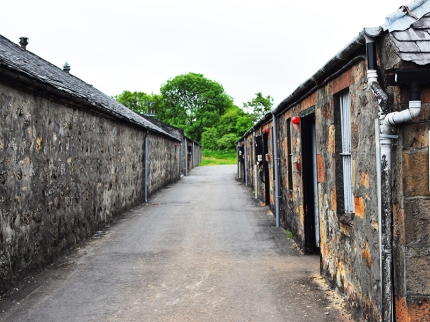 These are either being readied for filling or have just been filled. 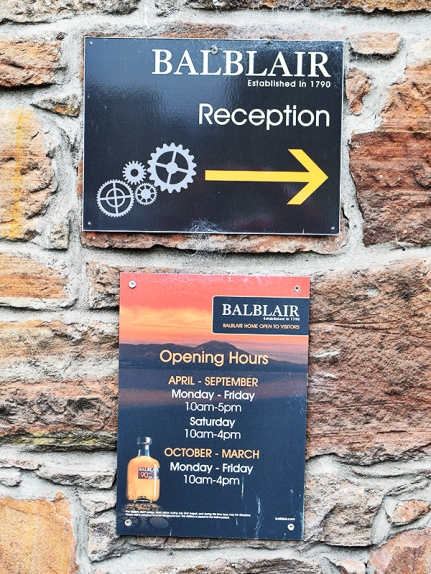 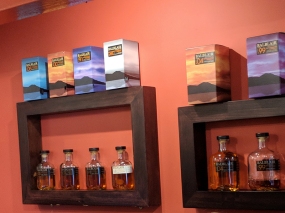 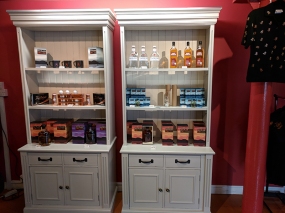 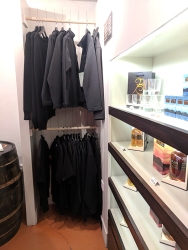 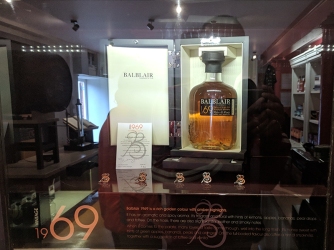 The first bottle filled from past shop casks, I think.

This large tube gets charged and then you fill from that. 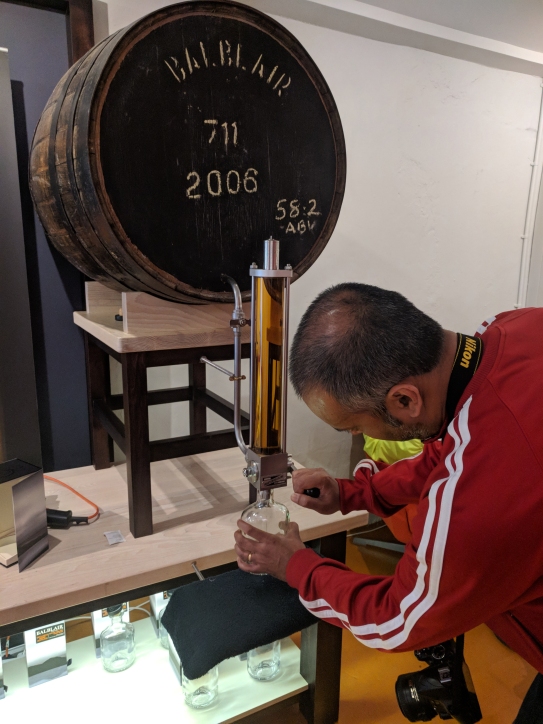 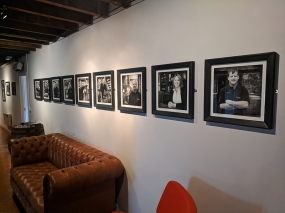 A very touching set of pictures, sent to the distillery by a gentleman whose grandfather was stationed there duing WW2.

Not the most attractive part of the distillery, it really clashes with the feel of the rest of the place. 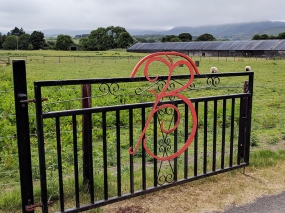 I hadn’t even noticed the gate on our way in.

My next whisky stop was at the Dornoch Castle Hotel. We stayed one night there and I spent some time at their famous whisky bar; the next morning I got a “tour” of their distillery from Phil Thompson. But I’m going to break chronology for the first time and finish all my reports on the established distilleries I visited and come back to a report on the Dornoch Castle Hotel bar and distillery at the end. Accordingly, my next distillery report will be of another brief stop, at Clynelish. Before that, a few more whisky reviews and another Twin Cities Vietnamese restaurant report.