Clynelish was my fifth DIageo distillery visit, and the second of this trip (after Cragganmore), and I wasn’t sure what to expect. While my visit to Lagavulin last year had been a highlight—both for the Warehouse Experience and for the general vibe at the distillery—and my brief stop at Cragganmore likewise very pleasant, I feared that the more perfunctory attitude I encountered at Talisker and Oban might make an appearance again at Clynelish. I was very happy to be proved completely wrong. We stopped here on our way from Dornoch to Wick. The distillery is located only 30 minutes or so from Dornoch, and it’s a lovely drive there up the coast. Given my expectations—and also the fact that I had a tour booked at Pulteney at 2 pm that day—I had not planned for a tour at Clynelish and so what I have for you is my usual look at the grounds and at the Visitor Centre/shop.

I noted that the drive up to Clynelish is rather nice. So is the general location of the distillery, which I had not realized, until mapping this trip, is quite close to the coast. The sea visible in the middle distance, green hills behind—a nice prospect. Alas, the aesthetic of the distillery itself is entirely utilitarian. The more attractive, older Brora distillery (the original Clynelish) is visible to the side but as it is in the process of being raised from the dead it’s not possible to get close to it unless you have a hard hat and are on a tour. I was not. I was able to get a look at the Clynelish stills from the outside, however. The large still house is right by the Visitor Centre, and has large windows through which the stills are visible. I took a bunch of shots of them, feeling unaccountably criminal in the process, and went into the Visitor Centre.

While not outsize (as, for example, at Glenfiddich or even Glenfarclas), their Visitor Centre and shop are quite a bit larger than Aberlour’s and much brighter than Balblair’s. On one side is a small tasting bar—where I assume the regular tours conclude. This room has the requisite collection of old photographs and other tantalizing objects (see the slideshow below). On the other side of the entryway is the shop proper. This features a wide range of malts from the Diageo portfolio: in addition to the “Classic Malts” lineup you can find most of their Flora & Fauna range here. And if you like you can also purchase a special release bottle of Brora—it was the Malt of the Month when I was there, a mere £1450; you’d better hurry, there were only 65 bottles left! On the other side of the shop is another tasting bar—and I suspect the more extensive tours end there for more intensive tastings. Their basic tour, by the way, is very reasonably priced at £6.

They do not have a “bottle your own” setup but they do have a new “Distillery Only” release. The previous is the one that was bottled in 2008, I believe (I’ve reviewed it), which apparently took a while to sell out. As of June, they had massive numbers of the new 2018 release on their shelves. It’s not at cask strength, is NAS and costs £80. I asked if I could have a taste and a very pleasant staff member poured me a much larger shot than I was expecting. This was a particularly nice gesture as one of the things they do at the Visitor Centre is a tasting flight of three whiskies for £10, the highlight of which is a taste of the Distillery Only. I chatted with her a little bit and she could not have been nicer. It is true that there is far less tourist traffic here than at Talisker (the only whisky show on Skye) or even at Oban (pretty much the only whisky show on the west coast of Scotland) but the feeling I got from the staff was that they were very happy to have visitors. I don’t know what the basic tour (or the more extensive ones) are like but on the strength of this brief encounter I’d readily sign on if back in the area again.

Launch the slideshow below for a closer look. Scroll down for some closing thoughts and to see what’s coming next.

I love this charming entrance. 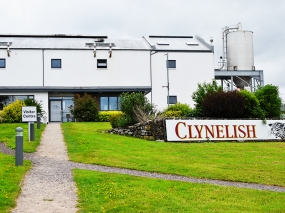 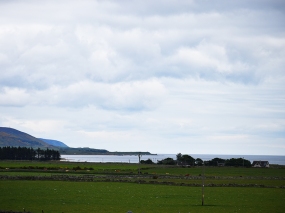 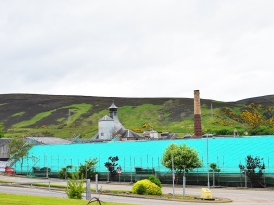 Not looking so lovely here. 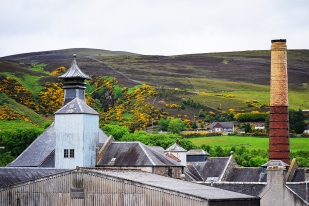 But a zoom lens is a good thing. 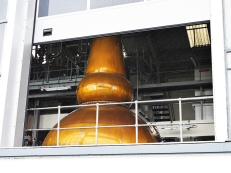 You can never have too many signs. 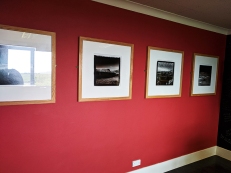 I dont know what the story is with these samples of old whiskies but I wanted to steal them all. 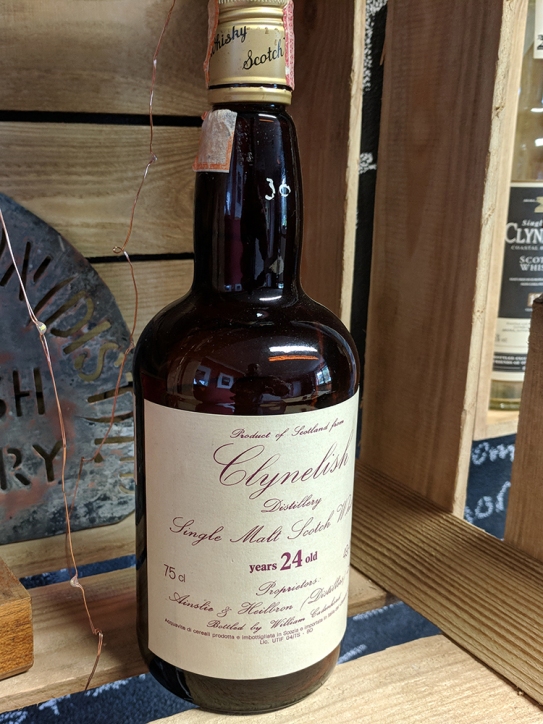 Components of the regular 14 yo? Does a tour go into these?

Get it while you can! 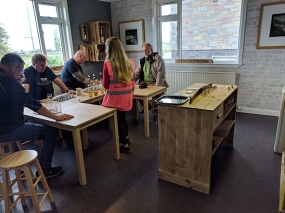 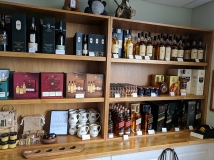 Though I am not a member of the cult of Brora, I do have to say I felt more than a twinge at being so close to the old buildings and not taking a look. Yes, the distillery is being revived and if I ever make it to this part of Scotland again I might have a chance to tour it as a functioning operation, but it would have been interesting to see it in its unrestored state as well. If you’ve done that recently—I believe the regular Clynelish tours go in there—please write in below. Also please write in below if you have information on the quality of the tours at Clynelish.

Up next from the whisky tour portion of the Scotland reports: Pulteney. After that Scapa (which I did not tour), Highland Park and Tomatin (both of which I toured); and also a report of a micro-tour of the micro-distillery at the Dornoch Castle Hotel. And who knows, I may even post some food and whisky store reports from the rest of the trip.