I really need to get better at putting up trip food reports quickly. We were in Scotland and London in June and I’m not yet done with my reports on Scotland and haven’t even started on our London meals and whisky experiences. As I’m now on the more relaxed portion of my current travels in Asia, I’m going to try to get a few more of these out this month so I’m not still writing my Hong Kong, Bombay and Delhi reports from this trip next June. Though, as I’ve said before, it is nice to relive trips in this way many months later. In that vein, here is an account of a relaxed lunch at the Mash Tun, a very well-known inn and whisky bar in the town of Aberlour. This was our last meal on our weekend in the Speyside. After this our friends returned to Edinburgh and we went north to Dornoch and Orkney.

The Mash Tun is very nicely situated right on the banks of the Spey. While my friend Daniel and I toured the Aberlour distillery, our families had been exploring the riverbank downstream. We met up with them at the Mash Tun, getting there a bit before noon, which is when their restaurant opens. I spent the time staring at the river until they opened their doors (but I have no idea what folder on my hard drive it is that that I mistakenly downloaded pictures of it too).

Their restaurant area is more of a classical restaurant than at the Highlander Inn in Craigellachie. We had a reservation, though it didn’t seem to be needed that Monday morning: I think maybe only one other table was occupied while we were there. Still, after our experiences in Drumnadrochit and on Skye and Islay last year, I’d suggest always playing it safe and booking ahead when you’re in whisky country in Scotland. It’s a very pleasant space with a nice long bar and displays of interesting whiskies. On another kind of outing to the Spesyide I would have tried to visit their bar as well as the Highlander Inn’s. It should be said though that it did not appear to me that the Mash Tun’s whisky selections approached the esoterica of the Highlander Inn’s.

We were there, however, to refuel before our respective drives. What did we eat? The kids got burgers and fries, I mean chips. The adults got a range of things from their starters, mains and sides. These included the soup of the day (cream of broccoli), crisply fried whitebait, smoked salmon, haggis and black pudding, hot smoked salmon Nicoise, brie and beetroot tart, and haggis nachos. All enjoyed their food but I thought that my combination of the haggis/black pudding and the smoked salmon was probably the fortuitous best choice. It was all certainly better food than the stereotypes of eating in Scotland might lead you to expect.

For pictures of the space and the food please launch the slideshow below. Scroll down to see what’s coming next. 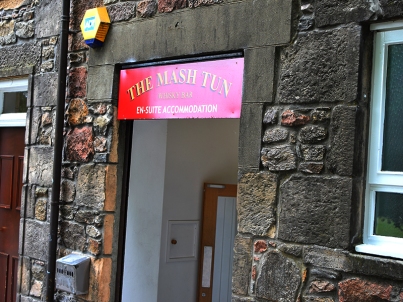 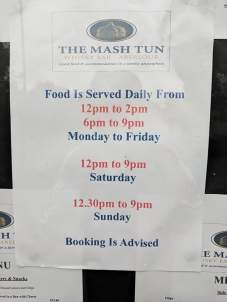 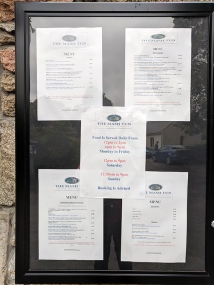 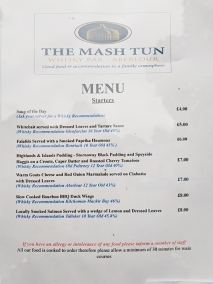 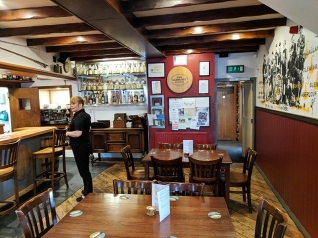 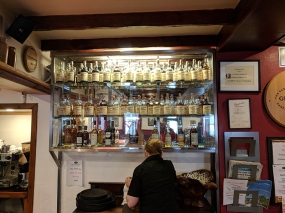 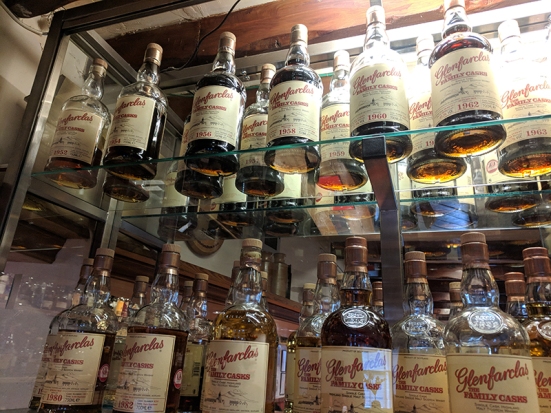 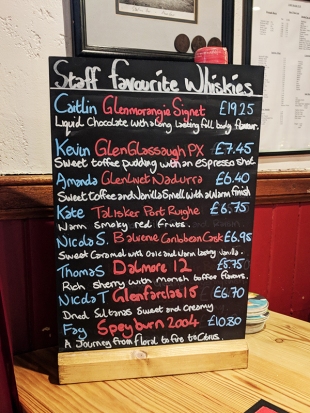 Nicola T. is clearly the one to trust. 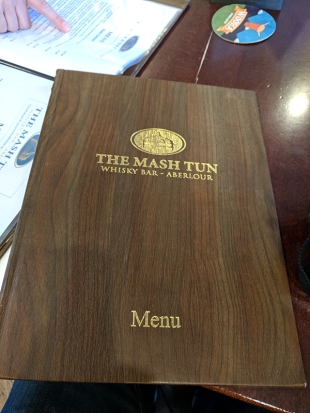 Soup of the day. 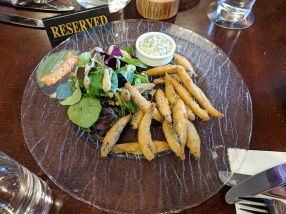 A bit lacking in character.

I eat haggis and black pudding every chance I get when in Scotland.

This was rather good.

Also true of the person who got this brie and beetroot tart. 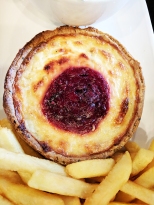 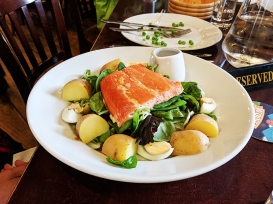 The person who got this seemed to like it. 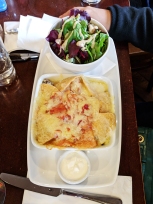 She said it got a bit much though.

Service was very friendly. I forget how much all of this came to but if you’re interested you can probably work it out from the menu. Like most of the places we ate at in Scotland, on this trip and the previous, prices here seemed appropriate for the quality of the food.

Up next from Scotland, in about a week or so, a look at the Dornoch Castle Hotel, their famous whisky bar (where I actually did some drinking), and their tiny distillery. Before then, a few more reports from Hong Kong and, of course, some whisky reviews.