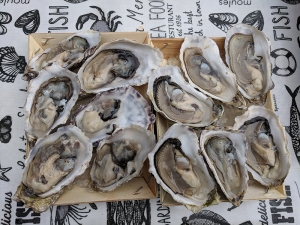 Okay, here it is finally: the last report from our London trip in June. Yes, almost exactly nine months ago. We spent 10 days in London after a week in Scotland; it was mostly a nostalgia trip. We spent three months there as a family in the spring of 2017 and loved it to the point of fantasizing about ways to move there, either now or in retirement (there are no such ways). We particularly loved being there with our kids—with wonderful parks and free museums and a wide range of food, London is really a wonderful place to visit with children. And so we’d hoped we’d be able to go back with them. We didn’t expect, however, that it would happen as soon as it did. But a conference in Edinburgh that we could both attend presented itself and we decided to splurge and take the boys with us and add on extra days in the north of Scotland and in London. They’re still so young that they’re unlikely to remember their longer time in London clearly without added reinforcement; and with work paying for airfare it was doable without too much of a wrench.

We spent the first few days in Kingston-on-Thames with good friends. While there we visited Hampton Court—the maze, yes, but they also have an excellent children’s playground (this is basically England’s core competency at this point; the sun may have set on the Empire but they have great adventure playgrounds). We also spent a wonderful day tramping around Richmond Park; and we also bused in to central London a couple of times. We then splurged on an AirBnB in Chelsea—in Sloane Square, to be exact. You may be shocked to read that last June was the very first time we booked an AirBnB (I’ve still never taken an Uber or Lyft); as a first time user of the site I have to say it took quite a lot of parsing to figure out which listings were likely to be as described. In the end we decided to spend more money and stay close to the spots we knew we’d go to with the boys and Sloane Square was it.

In 2017 Sloane Square was only a tube stop that we didn’t get off at on our way to the Museum of Natural History and so we were not prepared for just how upscale bougie it is. You can’t spit without hitting an expensive store and if you did spit you’d probably be drawn and quartered. The building our flat was in turned out to be right by the Saatchi Gallery and also right by the Duke of York’s Square. Said square didn’t really seem like anything special when we first walked by it but on our second morning, a Saturday, we discovered it is host all day on Saturdays to a fancy food market. We stopped in briefly and bemoaned the fact that we had fixed plans for lunch and dinner—there was much there that was very attractive and we couldn’t really partake. Of course, when I say “couldn’t really partake” I don’t mean that we didn’t eat anything. Oysters, for example, were eaten, and we also purchased Jamaican food that looked great and stashed it in the flat for a later meal (when it proved to indeed be very good). And we purchased some macarons and pastries to take to our lunch invitation.

Here’s a quick look at the market. Worth a stop-in if you’re in the general area but if you’re in London for a short visit and only have time to go to one such market there is no earthly reason to go here over the larger and far superior Borough Market. And if you’re staying longer, this is not really a farmers’/green market. There are a few produce vendors, and I was tempted a bit by the fishmonger, but this is really just a place for cooked food and more so for pastries—especially if you like macarons. Despite the neighbourhood, prices were not outrageous. 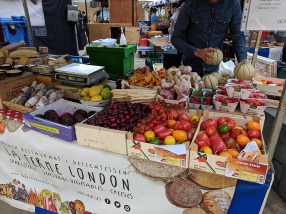 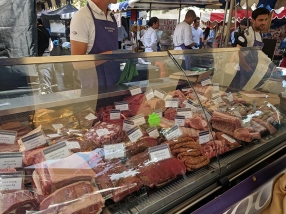 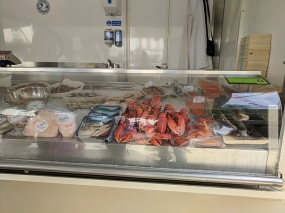 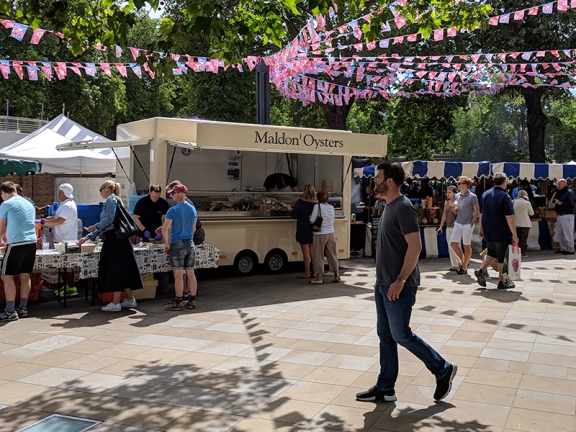 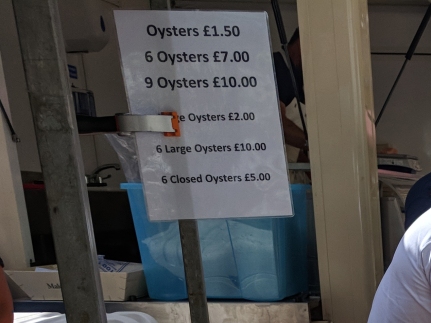 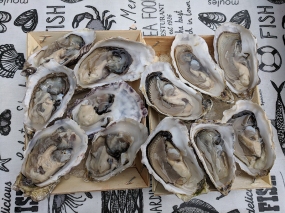 I’m not made of stone, okay. 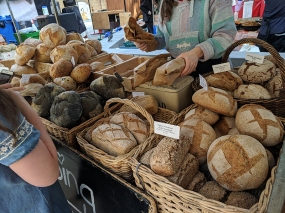 Circus Bros, in case you can’t make it out, offer Mexican food. 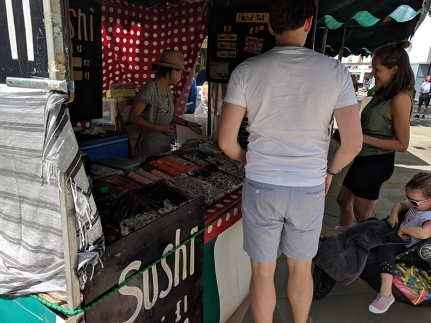 Sushi in an open-air market on a warm summer day? Less tempting. On the other hand, I did eat oysters.

These were also tempting. 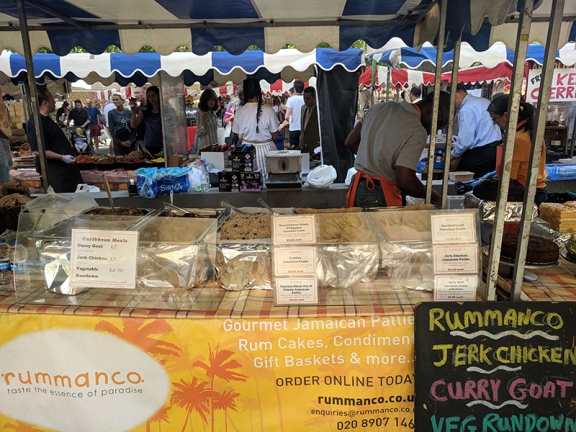 By the Jamaican stand is where we made our purchases. 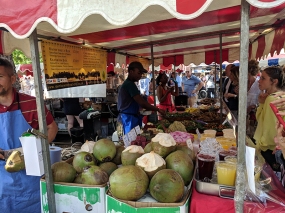 We got the jerk chicken and the goat curry to go; both were very good the next day. 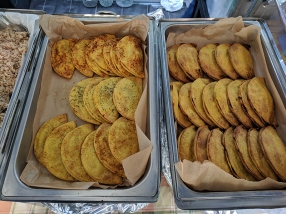 We got one each of these patties too (fish, goat, beef) and they were very good with tea. 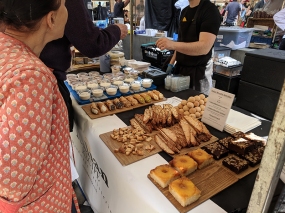 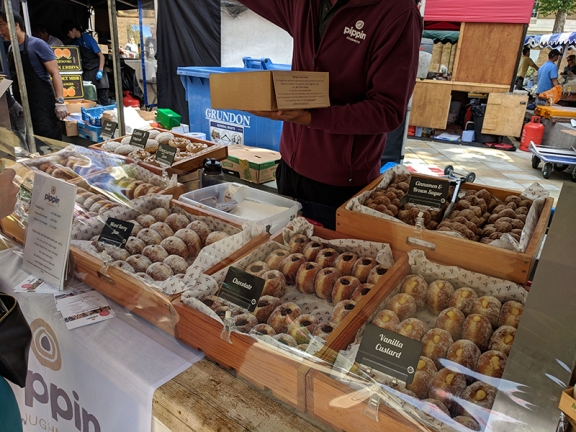 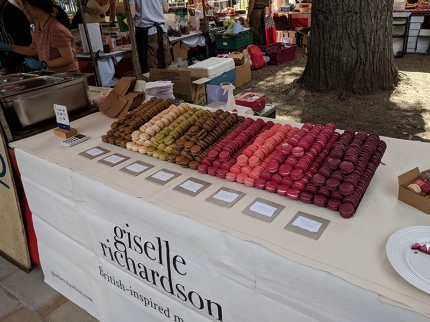 Well, it’s farewell to London for a while. We will not be going back this year and I’m not sure when we will indeed be able to make it back. I have a dream of a return to Islay for my 50th birthday next year—if it happens maybe we’ll squeeze in a few more days in London as well.

Okay, the next travel report goal: finish up with the Bombay reviews this week and then try to get done with my Delhi reports and started on my Los Angeles reports by the end of the month. And I’ll hopefully squeeze in a couple of local reports as well.