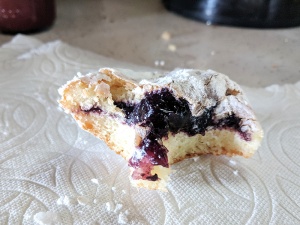 For a small tourist town Grand Marais engenders quite a lot of disagreement about its restaurants. For every person who told me we had to be sure to eat at Angry Trout, another said it was overrated; some said the Dockside Fish Market was great, others said it had declined in the last few years; a few said the Naniboujou Lodge‘s dining room was a must-do, others advised steering clear. There were only two places that rose above this discord: Crooked Spoon Cafe and the provocatively named World’s Best Donuts. As it happened, we enjoyed our lunch at Crooked Spoon more than any of the other sit-down meals we had on our brief sojourn in the North Shore; but the only place we went to more than once was World’s Best Donuts. Here’s a quick look at why.

I should say at the outset that I am not a donut connoisseur. I don’t usually look to eat donuts. This is because most donuts I’ve eaten don’t do it for me: I usually find the flavour too sweet/cloying, the texture either too dry/too soggy or both. None of the donuts I tried from World’s Best Donuts, however, suffered from any of these issues. There is, of course, no such thing as the best donuts in the world, but the ones at World’s Best Donuts are pretty good. And for this reason, no matter what time of day you go, you should be prepared for a bit of a line. The good news is the line moves fast and there are very fresh donuts at the end of it.

Once you’ve got your donuts you can eat them in the little cafe they have inside alongside the shop front—I’m not sure if they have separate table service there—or you can eat them outside; or like most people you can carry them away with you. We did the latter on both occasions, taking a large bag of donuts back to the cabin to eat with tea. There’s a large variety of donuts and related baked goods available to fill a large bag with. From our limited explorations I would suggest that you get any jam-filled donut that you see, and that you also not sleep on their regular glazed or sugar donuts. Then again, I don’t think it’s possible to go wrong with anything there.

While in the store you can also read up on the history of the restaurant, now in its 50th year (or you can expand the relevant image in the slideshow below to its full size and read it here). You can also sign your name on the visitor chart on the wall. And, of course, you can buy various paraphernalia. The only thing you have to be careful about is not leaving it for too late in the day to stop by: once they’re out, they’re out.

Take a look and scroll down to see what’s coming next. 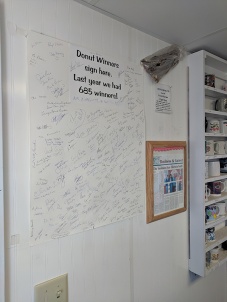 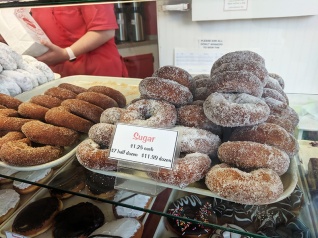 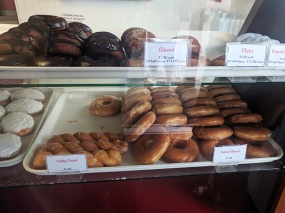 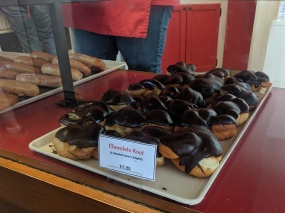 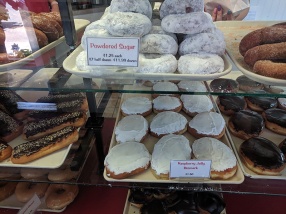 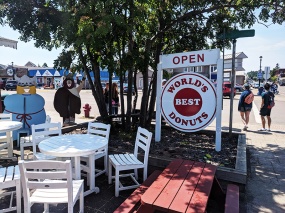 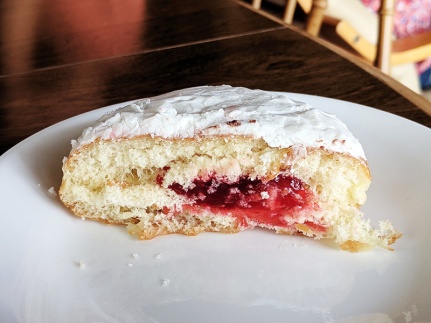 One remaining report from the North Shore trip—of the lunch we ate in Duluth on the way back. Before that, however, I’ll have another DC report or two and maybe one from New York.