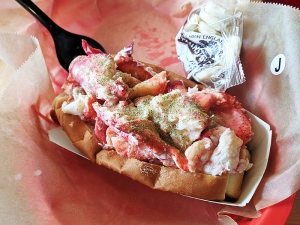 We stayed on the Upper Westside while in New York last month in no small part because we were going to be spending a lot of time with the boys in the museums and in Central Park. For food-obsessed people like us, however, this presents some challenges as both the UWS and the UES are relative interesting food deserts, especially in close proximity to the big museums. On our first full day, however, we had a nice casual lunch at the UWS outpost of Luke’s Lobster, a chain with locations all over Manhattan and other places on the East Coast as well Las Vegas, San Francisco, Japan and Taiwan. Herewith a brief report.

The UWS location is on Amsterdam Avenue, between 81st and 80th, a mere hop, skip and jump from the Museum of Natural History and Central Park. We’d spent the morning meandering in the park and wound our way to Luke’s Lobster at about noon, there to meet with an old friend who was coincidentally in the city for two days on work from Delhi. We got there first and got a table. This was not a difficult task as they were not yet very busy. By the time we got done, however, they had begun to slowly fill up. This was on a hot and humid Saturday morning/afternoon. I guess people on the UWS have other thoughts re brunch and lunch but cold seafood rolls seems like a pretty good proposition to us under those, and well, any other conditions.

The restaurant is long and narrow and not very large. It’s a nice bright space though. The menu is basic and limited. Lobster, crab and shrimp rolls are your main choices—you can get them in different sizes and either by themselves or in combo form. Clam chowder and lobster bisque were the soup offerings. Beyond that are a few sides. As it would be rude not to we tried all the seafood rolls, ending up with two each of the crab and shrimp rolls and one of the lobster. A large bisque, a small clam chowder and a side of poppyseed cole slaw rounded out our order. Of the seafood rolls I thought the crab was the best but the others were tasty too—all three were decent-sized portions. The bisque was okay and the chowder was good, as was the cole slaw.

Take a look at the space and food and scroll down for price, service etc. and to see what’s coming next. 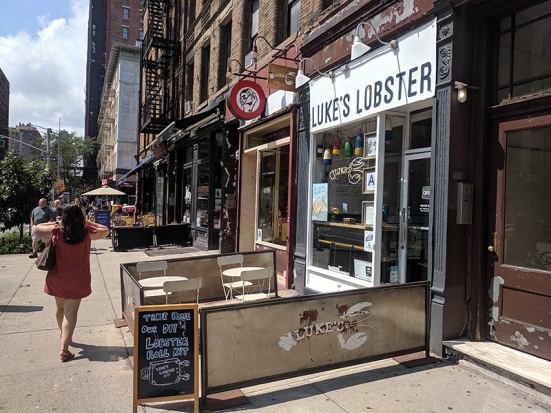 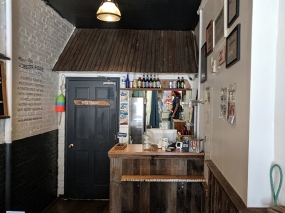 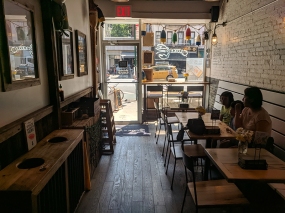 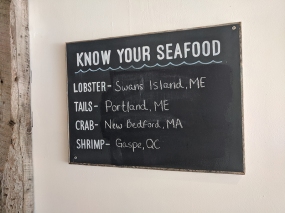 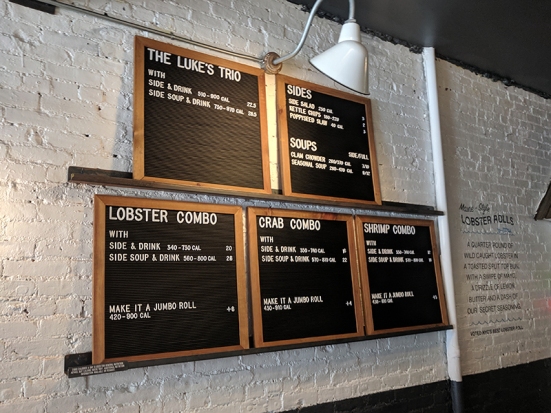 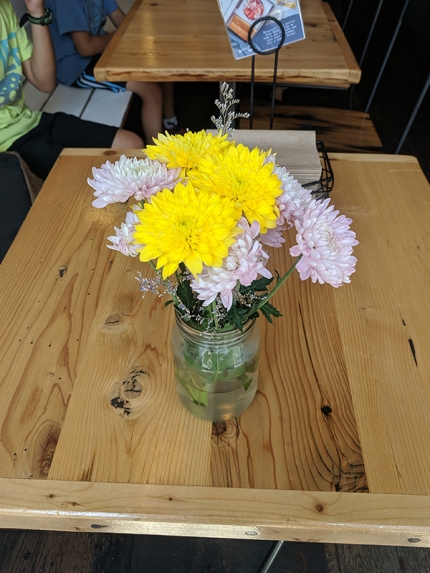 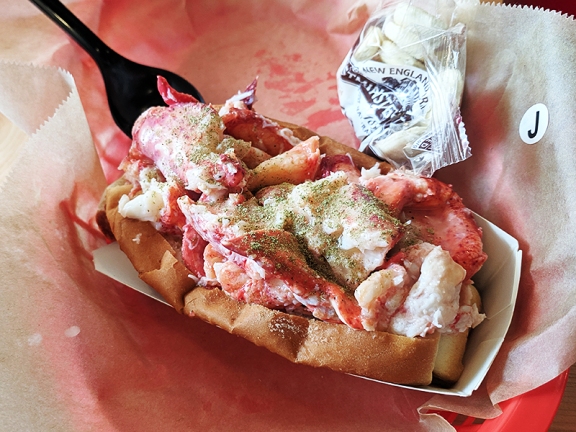 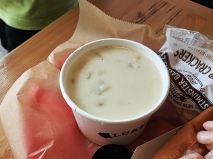 You order at the counter but they bring your food out to you and top up your water and drinks. All of that was done cheerfully and without delay. Not sure what it’s like when they’re busy but we had a pleasant, un-rushed meal. How much did it all come to? We ordered and paid in bits and I lost the receipts but you should be able to work out the ballpark from the menu pics. I don’t recall what our drinks situation was but I’d guess the food came to about $80ish before tax and tip. Not bad for three adults and two hungry children eating a lot of seafood in Manhattan. I’d do it again in those circumstances but I don’t know that I’d be going out of my way to eat at their locations in other parts of the city with more options at hand.

Up next from New York, another casual place within easy reach of the Museum of Natural History that features things inside bread, this time much cheaper. And after that another Minnesota Mexican report.