On our last full day in New York we took the subway from the Upper Westside all the way to Brooklyn and out to the sea, to Coney Island. I’ve always wanted to go to Coney Island. I’ve never had much of a sense of it—a hotdog stand and a beach is all I could have told you if you’d asked me to try and describe it before getting there—but it is an iconic piece of Americana. And there’s no guarantee that it will still be around when our kids are our age. They may not be able to take their kids there when their turn comes but we could take them now and so we did. And, unlike me, they’re really into hectic amusement parks and boardwalks. We met a friend and his family there for lunch and beach lounging. Before lunch the four of us spent an ungodly amount of money on the rides and attractions along the boardwalk. Is there any reason you should not look at pictures of all of this? No, there is not.

First up, the amusement park/carnival. Due to a fear of heights I’m not able to do most rides at amusement parks; fortunately, the boys—especially the older boy—have inherited their mother’s courage and love of thrills. The three of them had a grand time on a number of the rides and I had a grand time photographing them and other random things. 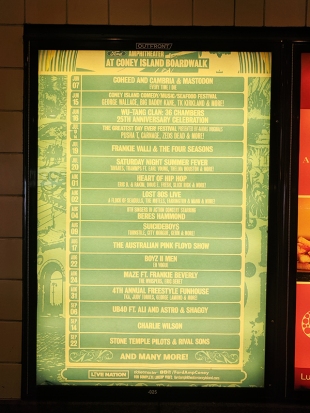 A lot of retro music on Coney Island, apparently, but what I want to know is what the Australian Pink Floyd show is all about.

One of the first sights as we came out of the subway station.

But when the time came we ate at the boardwalk outlet. 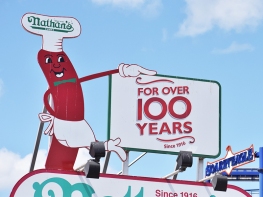 It wasn’t terribly crowded when we got there, well before noon, but it was churning when we left in the early evening. 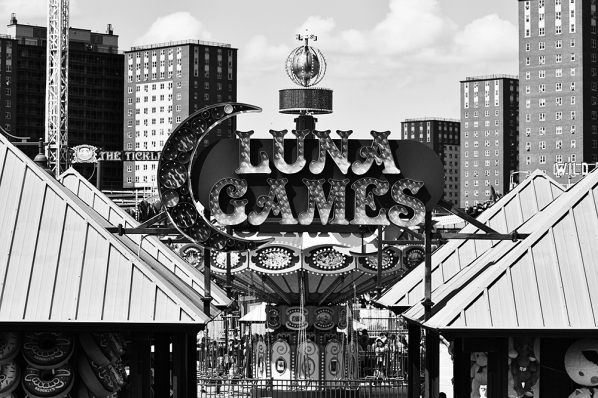 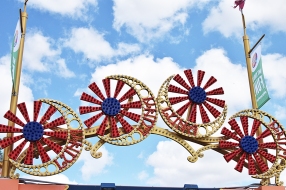 I was told this was a family park. 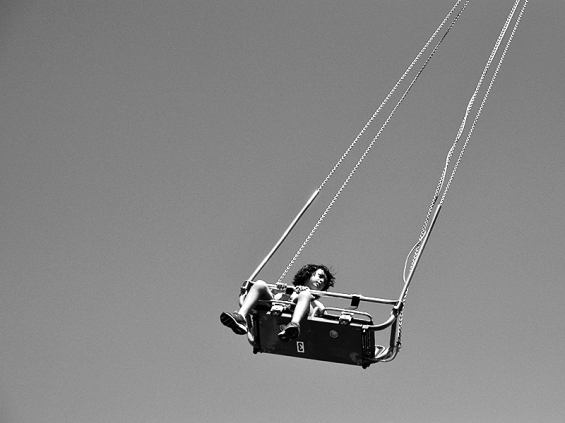 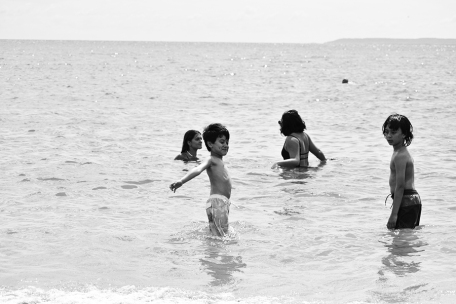 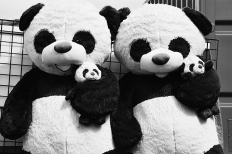 I get enough of that at home.

After our friends arrived we met up for lunch. There was no way we were going to come to Coney Island and not eat hot dogs from Nathan’s. Accordingly, we repaired to the boardwalk branch and got a couple of hotdogs and a pretezel from some seemingly related concern named Auntie Anne’s. We then wandered over to an establishment called Paul’s Daughter and there we purchased deep-fried shrimp and clam strips as well as a half dozen clams on the half shell. I was a little nervous about the clams—as we were flying back to Minnesota the next day—but I am happy to report that they were delicious and did not cause any digestive havoc. The boys liked the hot dogs, more I think than the Gray’s Papaya dogs we’d had earlier in the week. 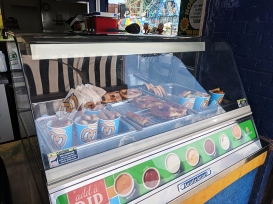 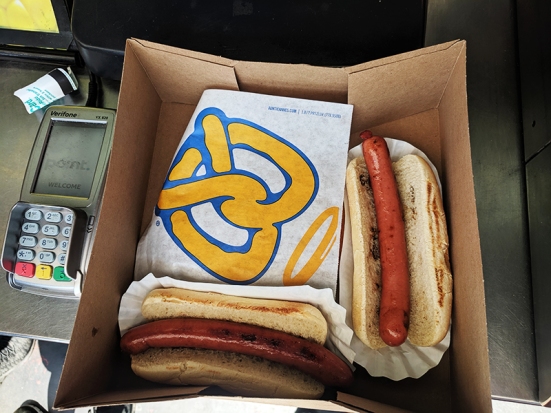 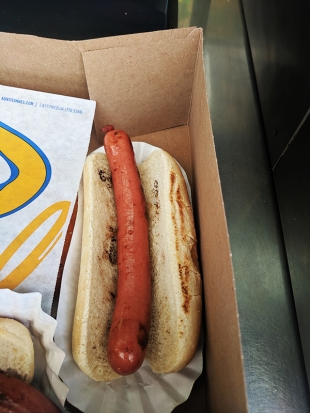 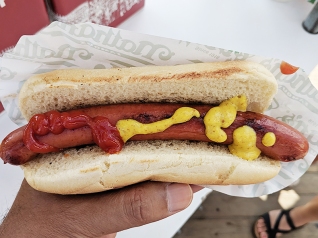 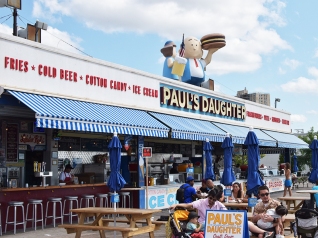 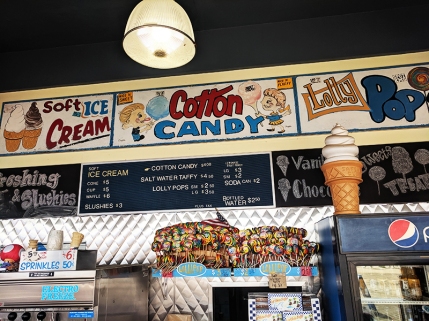 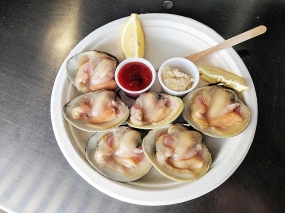 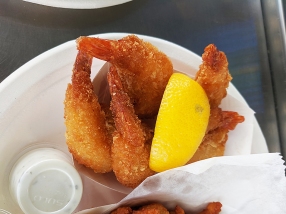 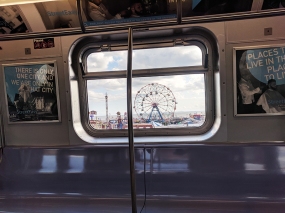 This was a very fun day and I recommend a trip to Coney Island highly to families visiting New York, especially with young children. Our friends recommended another beach for our next visit: Jacob Riis Park. Next time we’ll head out that way.

At the end of the day we thought about either eating pizza at Totonno’s—another Coney Island institution—or getting pizza there to take back to our flat. But we discovered a long line waiting for tables when we got there and were told that even a takeout pizza would take 30 minutes at the least. And so we hopped back on the subway and reversed our steps to the Upper Westside. We ate pretty good pizza there, as it happens (no, we didn’t go back to be yelled at again at Mama’s Too!). More on that in my last New York meal report next week.