Is this an Indian dish? You may well ponder this question after eating this soup or even just after reading the recipe. Well, it’s not a traditional preparation. There aren’t a whole lot of soups per se in the broader Indian repertoire (caveat: it’s a large country) and this does not follow any sort of traditional recipe. But to me it tastes very Indian. I could see making a dish of sauteed beets with much the same ingredients, save the stock. I’d say it’s an Indian dish insofar as it deploys an Indian flavour palette and an Indian technique: adding a tadka of cumin seeds and curry leaves at the end just as you would do with most dals. If you like beets, give it a shot. 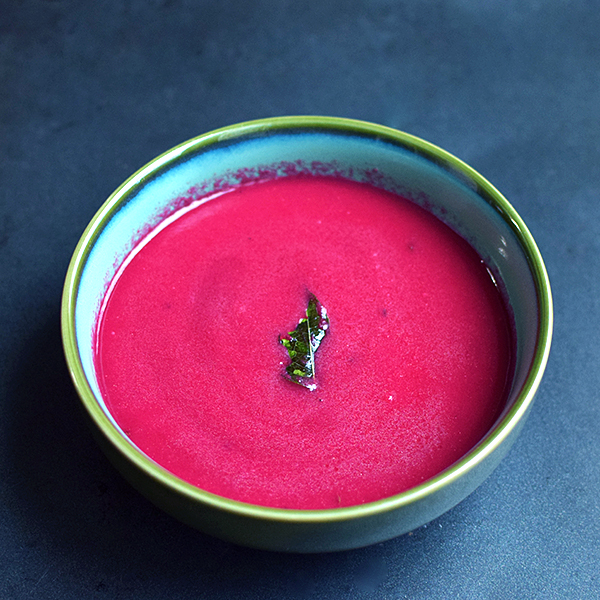