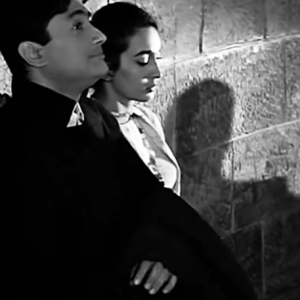 A few months ago I noticed a bunch of people I follow on Twitter forwarding and commenting on a March Madness-style bracket someone had started to ostensibly determine the “Greatest Movie of All Time“*. No one participating in these things ever actually believes that the winner will be the greatest anything of all time but they’re fun and at least illuminating of the zeitgeist. Accordingly, I clicked over to the link that had the complete bracket and was immediately struck by the fact that there was only one Indian film in the bracket of 512 films**. Just one. India has one of the largest film industries in the world; Indian directors have won awards at the major film festivals since the 1950s; popular Hindi and Tamil cinema are as global as Hollywood. But this bracket has just the one, single, solitary Indian film on it. I’m not quite sure how to explain this except that the bracket was—presumably—created by one person and that person may have a subcontinent-sized blind spot in their knowledge of cinema.

Now, keep in mind that this state of affairs is not because the list has a huge American or Eurocentric bias. All the Japanese and Hong Kong and Korean films you would expect to see on the list show up on it. But there are no Indian films past 1957. I don’t want to hammer on whoever it is that created this bracket—not because I’m feeling uncharacteristically generous but because I think this blindspot is symptomatic of contemporary American cinephilia in general. I can’t think of the last time I read a reference to a major Indian “art” filmmaker other than Ray in a non-academic setting. Screenings of films by other major Indian filmmakers may happen in specialist locations in major cities but these films don’t seem to trouble the discourse of those who speak about cinema writ large in the US. That said, given the difficulty of locating contemporary Indian art cinema in the US I’m going to give that (huge) lacuna a provisional pass in the context of this populist bracket (it still boggles the mind that Aparajito is not included, but whatever).

The case of Bombay cinema is more interesting, however. It is—as I noted—a truly global cinema and over the last decade and a half has made major inroads into the US. There’s a whole cadre of American cinephiles who have made their online brands on Bombay cinema fandom, for example. So why is it that not even one popular Bombay film from the 1950s on cracks this list***? The bracket is certainly not elitist in its conception: Fast Five, the Lord of the Rings movies, Black Panther etc. etc. are all there to represent contemporary American blockbusters. The tentative explanation I would advance is that whatever exposure popular Bombay cinema has received in the US, it has largely been talked about in the register of the exotic: Bombay cinema as colourful, as crazy, as full of improbable plot twists; a general disregard for realism; represented by spectacular dance numbers and melodramatic performances and so on.

My brief here is not to suggest that those kinds of descriptions of Bombay films are not—by and large—accurate at all. Most Bombay films—especially from, say, the 1970s on—can accurately be described in those terms, even if those descriptions don’t come close to exhausting the aesthetic repertoire of the industry or at least its most interesting parts. These may be the generic qualities that have kept Bombay films from being taken seriously by American cinephiles who have no genre trouble in assimilating Japanese, Hong Kong or Korean gangster films into their cinematic worldview (or into their “Greatest Movie of All Time” brackets)****. I am not going to set out to “explain” those generic qualities, leave alone explain them away. But I do want to suggest some movies to watch for the non-South Asian cinephile who is interested in developing at least a rudimentary historical sense of the development of popular Hindi/Bombay film in the 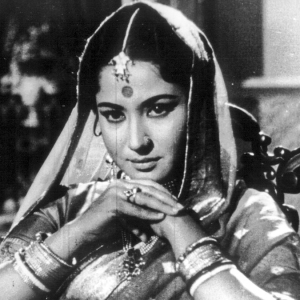 post-independence period and an appreciation of its formal and thematic concerns. If nothing else, they will introduce you to the major stars and directors of the industry over the last seven decades.

Accordingly, starting next Sunday, I will present seven briefly annotated lists of 10 films—each representing a decade—that will give you a grounding in the subject and help you approximate at least some fraction of the work that Indian cinephiles have to do to demonstrate knowledge of American film that will be taken seriously by American cinephiles. These lists are not presented as anything other than my idiosyncratic selections. Among the idiosyncrasies will be the fact that my 1950s list will run from 1951-1960, my 1960s list from 1961-1970 and so on. In fact, one of these films I was bullied into including by my friend Anjali (a very dangerous woman) after I mentioned the list in a WhatsApp group chat. The lists will not be definitive and will not please all aficionados of Bombay cinema but they will be a good starting point. In between I may post brief essays that take up thematic points in a number of these films (and others) or that present close readings of a few scenes.

I will leave you with a taste of the first list, for the 1950s. Make sure to watch all these films before next Sunday when I will annotate it. (Netflix has a surprisingly strong collection of old Bombay films, by the way—and what they don’t have you 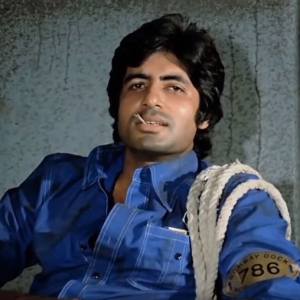 *It’s still in progress, by the way, as far as I can make out.

**I’d initially thought (and tweeted to that effect) there were no Indian films at all in the bracket but noticed Pather Panchali later. In case you’re wondering, it “lost” to Godzilla in the first round and then again to What’s Opera, Doc?  in the losers bracket. Take that, Apu!

****And Bombay cinema is certainly not the only major popular world cinema which American cinephiles fail to “see”.

5 thoughts on “Bombay Cinema, A Rough Guide: An Introduction”