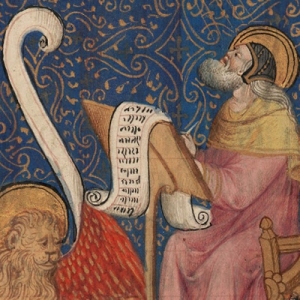 I usually post a recipe on Thursday. I will have a recipe this week—I’ll post it on Saturday, probably. Today I have a post for the people who are not here primarily for the food, and it’s a simple question: do you still read whisky blogs?

I obviously don’t mean the question literally. If you’re reading this you’re reading a whisky blog (though for a couple of years now this has been a whisky and food blog). The better, though less catchy, question is really, how has your relationship with whisky blogs changed over the last few years? I’ll lead things off by answering for myself, both as a whisky blogger and as a reader of whisky blogs; then a poll or five; and finally, an invitation to respond more fully in the comments.

The whisky blogger part is easier to quantify. I started the blog in March 2013 and for the first 3-4 years this was very clearly a whisky blog. It was never at the top of the list of most-read blogs but I’d say that after the first year or two there was a reasonable awareness of it—thanks to a few posts probably (the Glendronach “single casks” one and the one on whisky bloggers and marketing, most obviously). Back then there was a lot more reader engagement on the blog. Though my page views and unique visitor counts have gone up steadily from year to year, the number of comments on my posts has gone down just as steadily, and in particular, comments on my whisky reviews have gone down steadily.

Now you might say that this is because the whisky reviews got contaminated by food posts and people who were only interested in whisky stopped showing up or showing up as often. I wouldn’t find that hard to believe even though the number of whisky reviews per month has stayed pretty steady since year 2 or so. In other words, the seeming drop in interest in my whisky posts may not be indicative of anything beyond the dilution of the whisky focus of the blog. It’s certainly true that, with a few exceptions, my whisky reviews are not read as much as they used to be. Even though there are more whisky posts each week than any other genre those posts are not the ones that account for the annually growing page view and visitor counts (that’s down to the restaurant reviews and meta food commentary posts).

But then I consider my own whisky blog reading habits. When I started the blog I was an avid reader of other whisky blogs. I checked Serge and Sku’s blogs daily. I’d look at WhiskyNotes every other day or so. There were at least three or four more blogs that I checked on the regular. Now some of those blogs are gone and others are not updated very often. The only ones I look at any more regularly are Michael K’s Diving for Pearls and Jordan D.’s Chemistry of the Cocktail. This is not a slam on the other whisky blogs—many of them very good—that continue. It really has to do with major changes in my relationship with the larger whisky universe.

For one thing, I don’t buy very much whisky any more and—not least due to rising costs and shipping hassles—I’ve barely bought any whisky from outside the US in the last 2-3 years. Many of the European blogs that I read religiously before I primarily read as buying guides—both Whiskyfun and WhiskyNotes fell in this category. Once I stopped buying whisky the need to keep up with new releases dropped away. Now I read Whiskyfun once a week or so and mostly skim looking for Serge’s notes on whiskies that aren’t available anymore—because when I’m not buying very much if at all, it’s more interesting to read about interesting whiskies than whiskies that are currently available. The “low utility” stuff is what I’ve stuck with, in other words; either because it’s entertaining or interesting or both. Good writing and interesting perspectives are now far more interesting to me than a lot of tasting notes. But that may be just me. Most other whisky drinkers may still be looking for buying guides and thus less interested in whisky blogs like mine that are predominantly focused on low utility whisky reviews.

But if I’m being honest, the larger part of why I don’t read very many whisky blogs any more is the reason I don’t read very many whisky sites any more: I’m not really as interested in whisky—outside of what’s in my glass—as I was when I first started the blog and certainly in the years before I started the blog. Some of this has to do with the fact that I’m no longer the relative newcomer to single malt whisky that I was 10-12 years ago (I started drinking single malt whisky about 18 years ago, started buying more bottles at a time about 15 years ago and then became a full-blown whisky obsessive about 10-12 years ago). The ins and outs of production methods and other more geeky questions don’t really get me going and I’m not rich enough to be a collector of esoteric or very old whiskies.

And unlike in the world of food, where there is a lot of interesting writing that isn’t just recipes or restaurant reviews, there doesn’t seem to be a whole lot happening in the whisky world beyond tasting notes, hyping new releases, posting pictures of purchases and trying to flip bottles. (I’m not contributing anything against this tide either, of course.) On the one hand, there’s a resistance to talking about the social aspects of whisky beyond drinking it—see the sorry response on the Malt Maniacs Facebook page to the recent calling of Jim Murray to account for his tired sexism; on the other hand, there’s also probably not a whole lot of ground to really cover there—whether with history or social issues. (I do have some thoughts on the casual sexism of whisky culture, if anybody would like to read them.)

However, it’s at least as much the case that the whisky industry has made it hard for me to stay interested in whisky—outside of what’s in my glass—and has made it hard for me to be very interested in buying new whiskies to put in my glass. Yes, there’s still good and even great whisky being made in Scotland, and I’m always very excited when I happen on any of it, but the industry itself has gone down a road of premiumization and polish and bullshit that I’m not interested in following. I’m sure it’s a very lucrative road but it’s not for me. I have become increasingly skeptical of whisky marketing—and as my dear friends at K&L will tell you, I was not very into it to begin with. But is this really something unique to the present moment in the whisky industry (the last 2-4 years or so) or is it just a natural progression in the lifecycle of any whisky geek? You tell me. (I think I know what the response of Mr TH—who is one of those who no longer comments—would be.)

I do still very much enjoy drinking whisky, of course—and I’m fortunate to have enough good whisky socked away from the last years of the whisky loch to take me through the years before my nose and palate deteriorate. And I still very much enjoy drinking whisky with friends—though my interest in attending gatherings where large numbers of people drink 500 whiskies is still non-existent. But, on the whole, I find myself now to be a hobbyist seemingly at odds with the larger universe of his hobby; and writing a whisky blog that fewer and fewer of his fellow hobbyists seem interested in reading with every passing year. Neither my reduced interest in the wider whisky world nor my readers’ reduced interest in my whisky-related posts may, however, be representative (I’m sure Serge is still pulling in his 10 trillion page views a day).

This is where you come in: whether you are a regular or occasional reader of the blog, please respond to the following polls and consider leaving a fuller comment as well below.

Thanks for responding to the polls; now please flesh out your responses in the comments.

33 thoughts on “Does Anyone Still Read Whisky Blogs?”