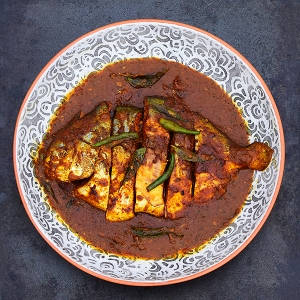 I think I’ve mentioned before that my sister and my favourite fish growing up was white pomfret. This is not a very Bengali thing, pomfret being a sea fish and Bengalis being of the river fish persuasion. But we grew up outside Bengal and particularly loved the quasi-Parsi green masala pomfret my mother made for us as a treat. When I moved to the US I thought my pomfret life was over. And then I discovered it in the large East Asian markets in Los Angeles and again later in Denver. I’ve not yet encountered it in East Asian markets in the Twin Cities—though there are many I have not yet been to—except in the freezers of Indian stores (but I no longer buy frozen fish from India). However, I don’t really miss it since we did find a fish in East Asian markets in Minnesota that is very similar to pomfret: pompano. I cook it in all the ways I cook pomfret: lightly coated in haldi/turmeric and salt and fried to a crisp; fried with onions; made a la my mother’s quasi-Parsi green masala recipe; and most often in this curry inspired by various southwestern coastal preps I’ve had. This is not a traditional recipe—though for all I know I have more or less approximated one by following taste memory. It is very tasty though: best with pompano or pomfret if you can find them, but also excellent with any meaty white fish. As a bonus, our kids love it too. Give it a go; you probably will like it a lot too (I’ve learned not to promise love). 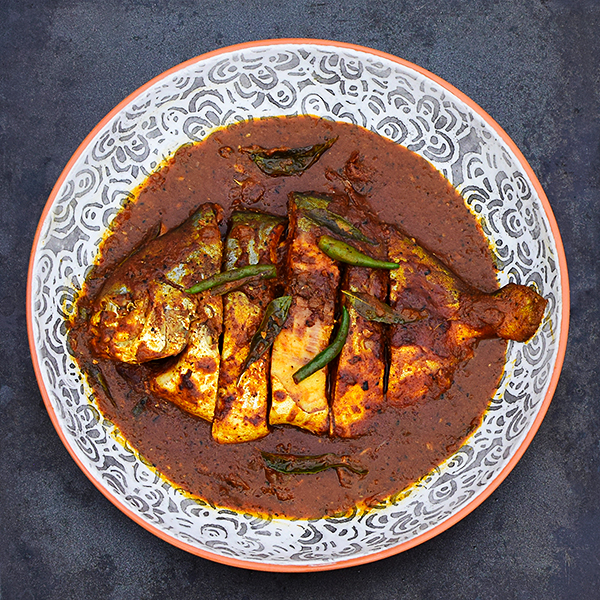