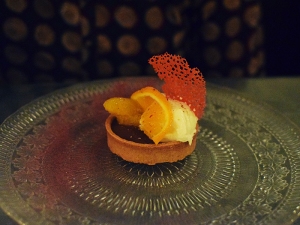 A few weeks ago we were scheduled to eat at Myriel in St. Paul with friends. But just a few hours before our reservation they had to close suddenly because of you-know-what. Rather than cancel our plans entirely we cast around for other places that might have tables and were happy to find that there was room at Saint Genevieve in south Minneapolis. Though I have not reviewed them before, this was not my first meal there. I ate there at a work-related engagement some years ago. I enjoyed that meal but somehow they fell off my radar and I never got around to going back with the missus. And when they came back on it they had switched to requiring full payment at the time of booking. While I don’t object per se to this model of dining, it’s a bit of a no-go for parents of small children like us. But on this occasion they had tables freely available and—not that it would have been an issue that evening—I wasn’t asked to pay ahead. As to whether that’s because they’ve changed that reservation model or whether the policy is relaxed when last-minute tables are available, I don’t know. I do know that we all enjoyed our meal very much.

As you probably know, Saint Genevieve does French bistro food and is part of the Tilia family. (Okay, I will admit here that part of the reason Saint Genevieve didn’t make it onto my review list sooner is that I was not overly impressed by my last meal at Tilia.) On my previous visit they had a regular a la carte menu but now it’s three courses (with a choice between three or four options in each one). Starter, main and dessert for $55. That’s very good value in this market if the food is good and we thought almost all of it was very good.

There were four of us and we shared promiscuously, which meant we ate almost the entire menu, bar a few supplements. We did get a dozen oysters from the supplements section of the menu to start. The variety was Glacier Bay—they only had the one variety on the night and our server had to confirm they had enough—and they were served with hot sauce and a mignonette. No complaints. Ah yes, we had some cocktails with the oysters and starters. Only three of us were drinking and we started with the Pear-isian Collins, the Squeaky Door and the Lumiere. The Squeaky Door was mine and I liked it fine (and the others liked theirs too). I liked my second cocktail even more: the Calvados Old Fashioned. The missus stuck with one drink as she usually does and one of our friends switched to a glass of red wine with her main course.

And so, properly fortified, we moved to the meal proper:

There were three desserts on the menu but only two were available by the time we ordered. And so we doubled up on those.

For a look at everything we ate and drank (well, all but the glass of unphotographed wine), launch the slideshow below. Scroll down to see how much it all cost, thoughts on service etc. 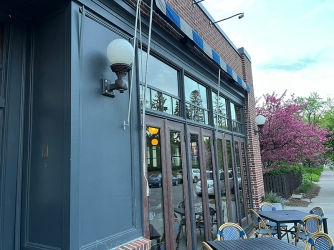 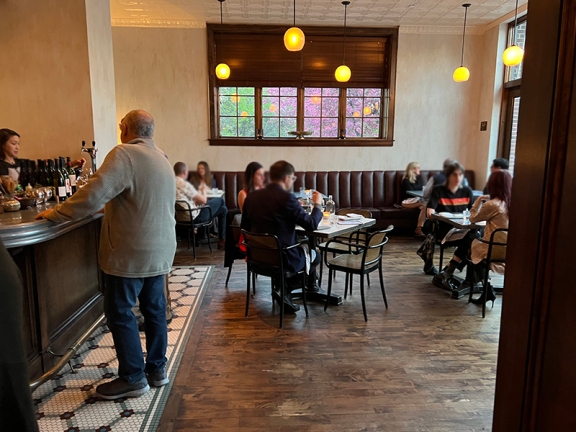 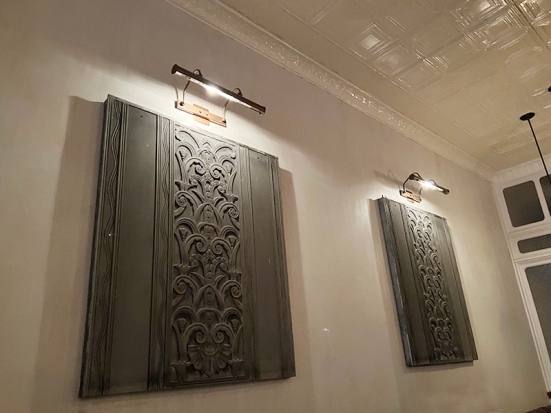 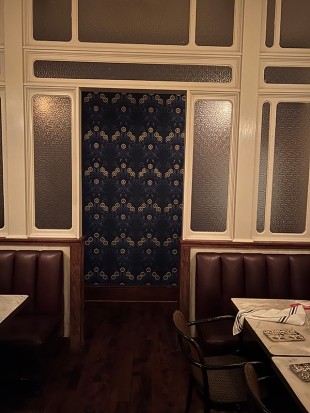 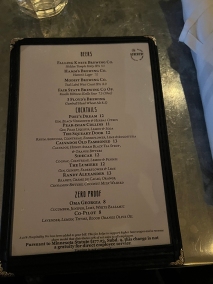 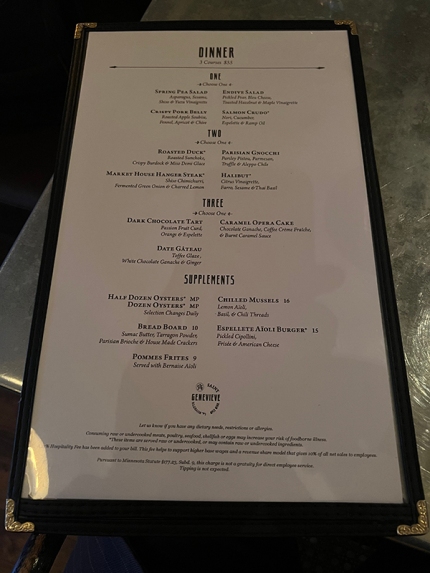 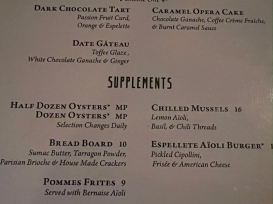 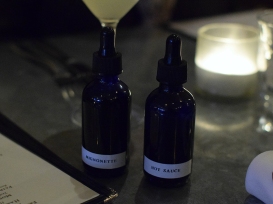 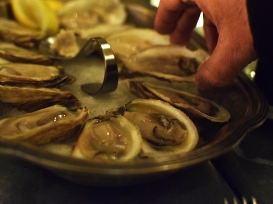 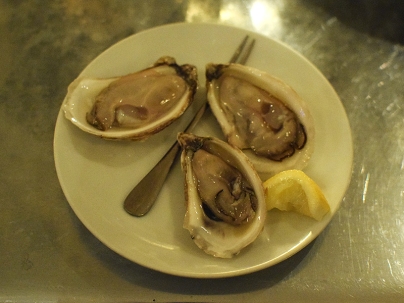 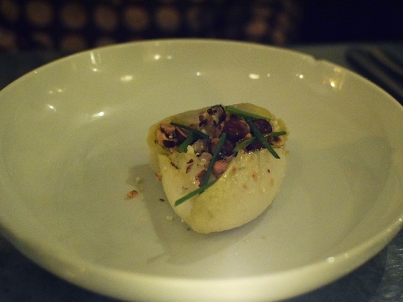 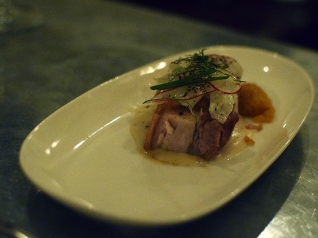 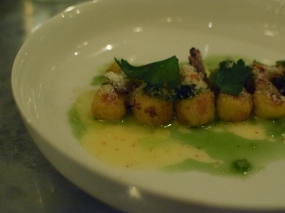 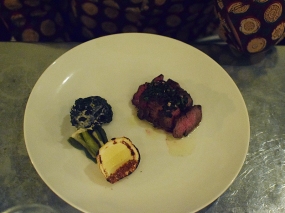 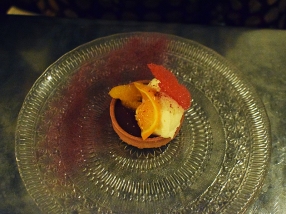 With the oysters, (five) drinks, tax and automatically added 21% service charge the total came to just about $432 or about $108/head. Keep in mind that the oysters were $48 of that total. Stick with the prix-fixe and you can come in easily under $100.

Though the restaurant wasn’t full at any point during the evening (though keep in mind we only got there at 8.30 pm) service seemed stretched a bit thin at times. Of course, that’s not a very unusual thing even in the late pandemic and so I’m not going to dwell on that. Towards the end of the meal the chef came out to chat with us. He’s young and hasn’t been at Saint Genevieve very long but if he sticks around we’ll probably come back for another meal next year.

Okay, what’s next? We might eat a make-up meal at Myriel this weekend. They rescheduled us but it’s not clear if any of our regular dining companions are available. But even if we do keep the Myriel reservation I’ll probably first write up either our recent dinner at Vann or a more casual lunch (featuring either tacos or burgers). Come back next Tuesday and see which it ends up being