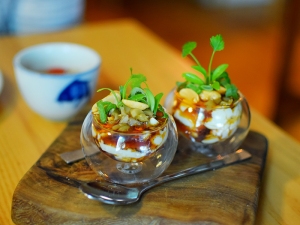 I’d said I’d have reviews of a couple more Indian restaurants this week but I decided to give you a break from Indian food. Accordingly, here is an account of an interesting lunch of mod dim sum and other snacks at A. Wong, located in the borderlands between Victoria and Pimlico and a world away from Joy King Lau.

Named for the owner, Andrew Wong, A. Wong opened in 2013 on the site of a previous unremarkable Chinese restaurant owned by his father. Well, I don’t know myself that it was unremarkable—I’m pulling that description from Jay Rayner’s rave review in the Guardian from about a year ago. As you will see, if you read his review, A. Wong features pan-regional Chinese food, passed through the filters of contemporary cheffy technique and plating. If you’d ever wished you could eat har gow with a citrus foam on top, or a sesame ball with a dab of foie gras inside it, well, A. Wong may be the place for you (but make sure to get a reservation). But how well is all this done? Read on.

But first a few words about the space. The restaurant is not large—there are two dining sections, the larger to the left of the entrance and a smaller across from an open kitchen. The larger space also has a bar with a number of seats. There are no Chinese signifiers of any kind in the decor. The front of house staff likewise are mostly non-Chinese (at least on our visit) and are smartly dressed in dark suits. I note all this only to make the point that while the menu is Chinese, the restaurant’s aesthetic very much signals a break with the usual trappings of Chinese restaurants, high or low. It looks like any contemporary non-Asian restaurant that you might find the majority of the diners—also well-heeled and largely non-Asian—eating at on other occasions.

As for the menu, it may be Chinese but, as I noted, it passes familiar Chinese dishes through the contemporary cheffy blender. The results, I have to say, are mixed. The misses came largely from the dim sum menu—dim sum is served only at lunch—while almost all the dishes from other parts of the menu were hits. That is to say, our problems with the things we weren’t impressed by did not stem from their cheffy re-articulation—that approach actually worked with the things we liked. I’ll expand on this in the descriptions below of the things we ate.

The other departure from every other dim sum restaurant I’ve eaten at is that items on the dim sum menu are sold by the single piece (though in at least one case, an item came cut into two pieces). This is a good thing when eating by yourself or as a couple (as we were) as you can order a lot of different things and not either over-eat or waste anything. Oh yes, there are no carts, of course—though steamed dishes do arrive in bamboo steamers. And if you’re the kind of person who likes to drink wine or cocktails with their dim sum you’ll be very happy here.

From the “dim sum” section (we got two pieces of most things):

As you can tell from the above, our take on most of these re-articulated versions of classic dim sum dishes was that the new components were superfluous, and that in some cases, the attention given to the add-on seemed to be at the expense of getting the classic portion of the dish right. If a dim sum house can’t do har gow and shiu mai right, it doesn’t really matter how much pork crackling or citrus foam they deploy.

However, there was a better hit rate off the dim sum menu.

From the “snacks” section:

From the “dishes” section: 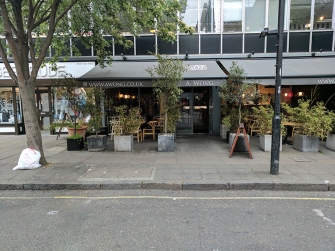 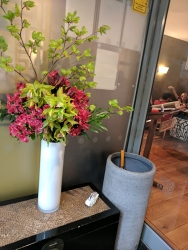 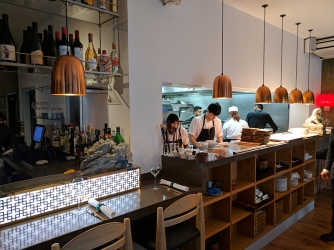 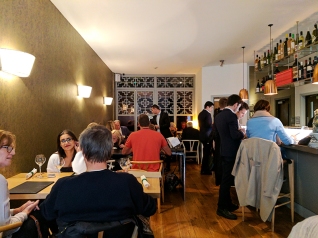 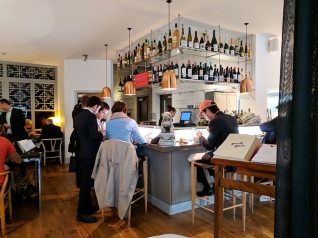 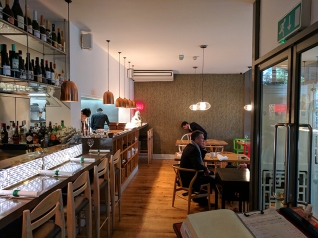 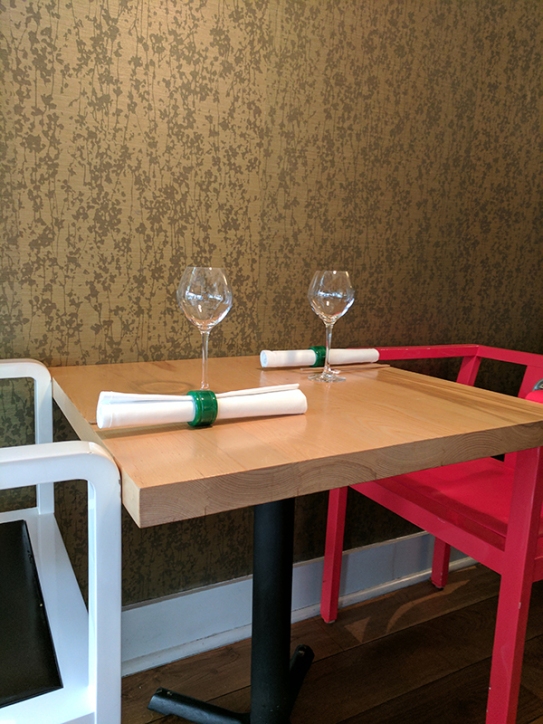 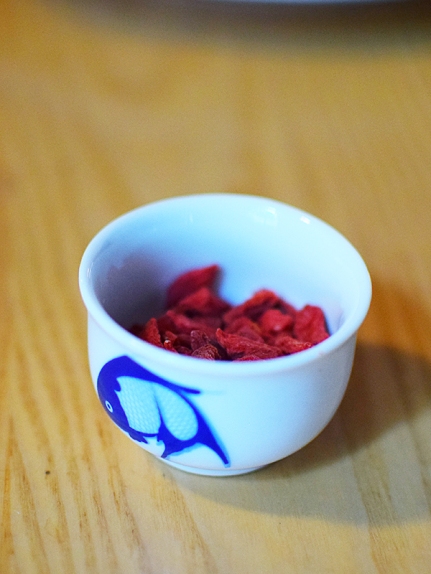 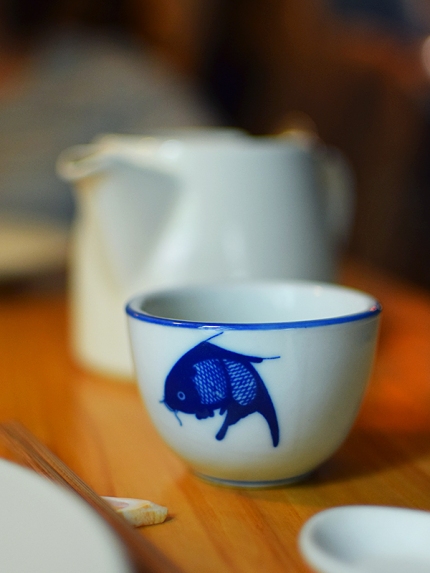 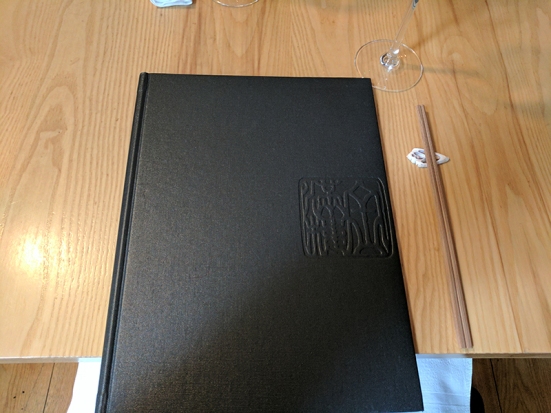 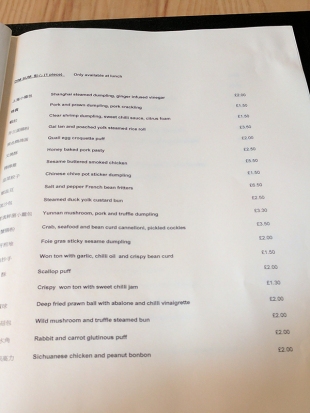 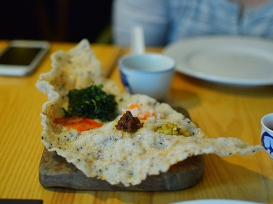 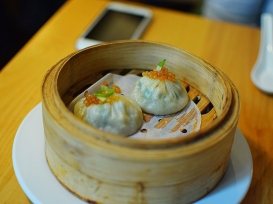 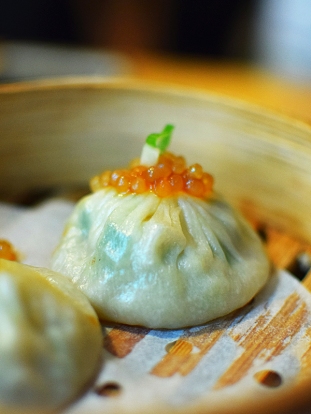 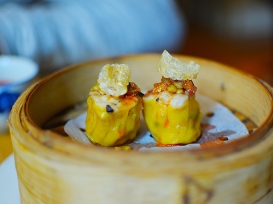 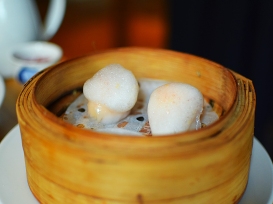 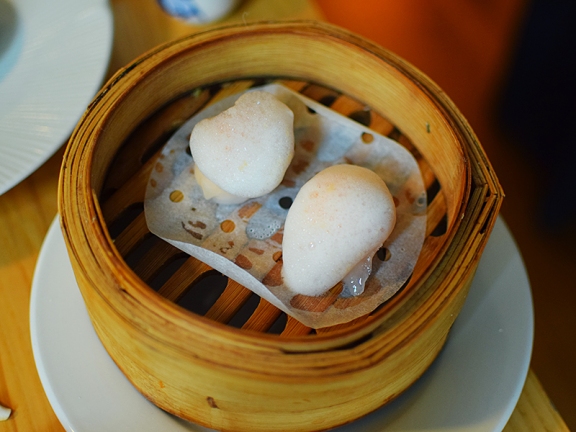 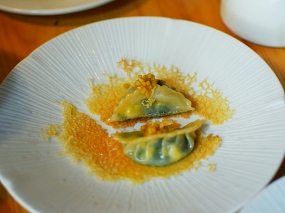 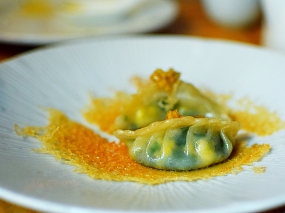 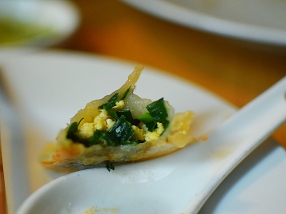 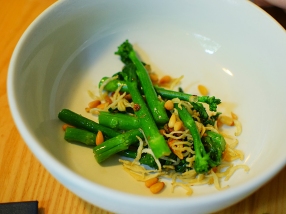 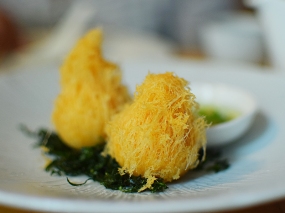 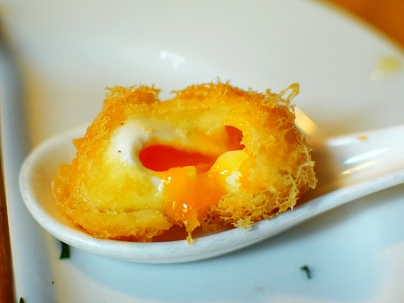 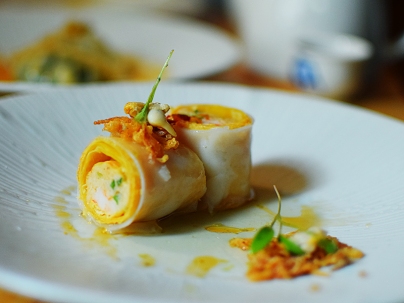 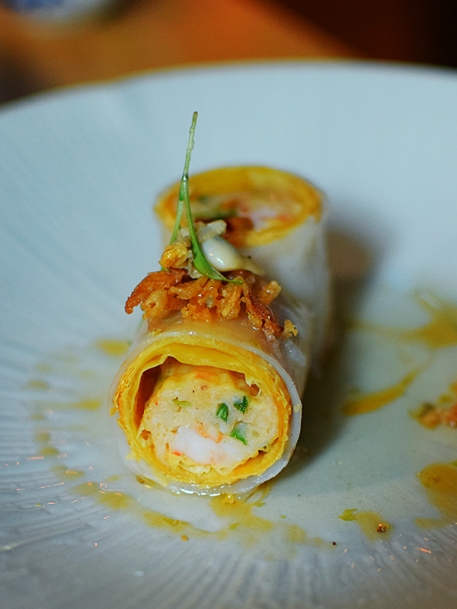 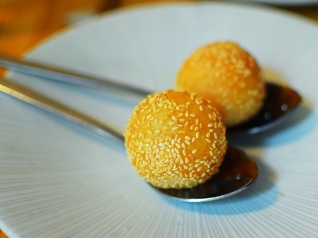 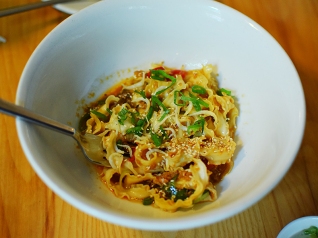 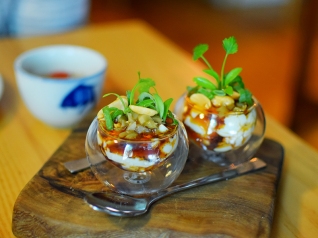 Service was all over the map. They were quick to press us on ordering after we sat down and to inform us of the need to order more if we wanted to before the kitchen closed at 2:30, but in between things were a bit patchy. Some of the servers explained dishes as they put them down, others had to be asked to do so, and they were all a little rushed. This was a bit out of keeping with the prices being charged, which are not low. The total came to £65 all-in, without any drinks. £32.50/head for ambitious dim sum with some luxe ingredients (if not very much of them) is probably not out of order in the abstract but the cost doesn’t match up, on the whole, with either the experience or the execution. It was not a bad meal, by any means but it mostly didn’t live up to the attractive presentation—which is something else it has in common with many contemporary non-Chinese cheffy restaurants it resembles.Though we are not going to do it on this trip, I still wouldn’t mind eating here again but I’d be more interested in the non-dim sum parts of the menu. Your mileage, like Jay Rayner’s, may vary—they’re certainly very popular at weekday lunch (the place was full when we arrived at 1.30).

Back to Indian/Pakistani food next week with a visit to Lahore Kebab House and then I’ll be back with more dim sum, this time at one of the outposts of Royal China, where we dine tomorrow with some old friends..