We visited Ardbeg on our first and second full days on Islay but on neither occasion was it for whisky-centered action. I did not do any of the tours or tastings the distillery offers. Instead, we were there to eat. Old Islay-hands already know this but Ardbeg’s Old Kiln Cafe may very well be the best place to eat on Islay—it certainly was where we had our best meals. I’d originally thought I’d only have the one post on our visits to Ardbeg, centered on food. But when the time came to resize and crop pics this weekend I discovered that, predictably, I’d taken an amount known to mathematicians as a shit-tonne—and I felt that it would be cruel to deny you the opportunity to look at all of them: many of which are of the same subject from multiple angles, taken with different white balance and aperture settings on different cameras. (There is no need to thank me.) Accordingly, my post on the Old Kiln Cafe will come on Friday. Today I have pictures of the distillery grounds and the visitor centre/shop, which we wandered while waiting for tables to open up.

Ardbeg, in case you don’t know, is the third of the three fabled Kildalton distilleries. I say third, not because it was the last of them to be built (it opened in 1815, the same year as Laphroaig, and a year before Lagavulin) or because it’s the least of them by reputation (each has a cult of probably equal size). I say third because it is the third one out from the village of Port Ellen, at the end of what is probably the greatest three miles in whisky geography. The Kildalton Cross (which adorns one of Ardbeg’s recent special releases) lies another few miles out and if you feel like you’ve completed a version of the stations of the cross when you arrive there, well who could blame you for a little fancy?

Ardbeg, like Lagavulin and Laphroaig, is rather spiffily whitewashed (a huge change, I understand, from its condition when it was revived from the dead in 1997). Like them it sits right on the sea and, as at the other two, while there you might find yourself believing in a relationship between whisky and the environment in which it is made. And while the odds are good that it will be raining or grey when you visit, the atmosphere at the distillery is likely to be warm and welcoming. At least that’s what we encountered. The grounds themselves are expansive and this feeling of lack of constraint carries through into the ethos of the place. You are welcome to wander the grounds even if you are not on a tour—though it is good manners to not go into distillery buildings if you are not on a tour. And despite the fact that the Old Kiln Cafe and the visitor centre/shop were crammed on both days that we visited, we encountered nothing but the most cheerful and friendly staff.

Here now is an excessive and utterly redundant gallery of images of the distillery’s ground and of the visitor centre. if you can answer some of the questions in the captions please write in below. And scroll down for a look at what I have coming next from our Scotland trip. 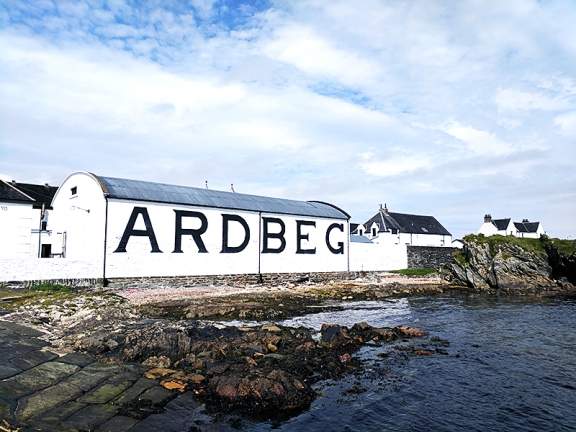 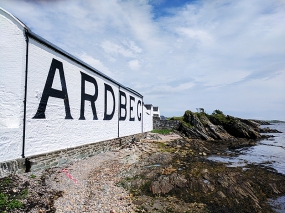 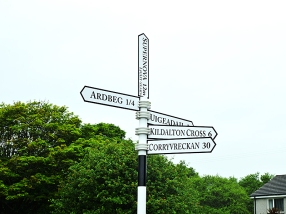 The ultimate destination? Rest and be thankful? Are they threatening me? 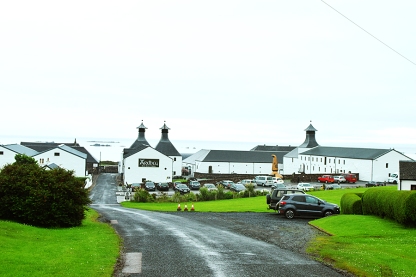 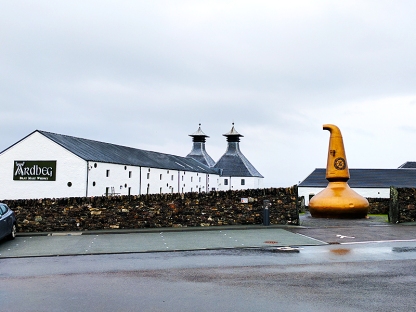 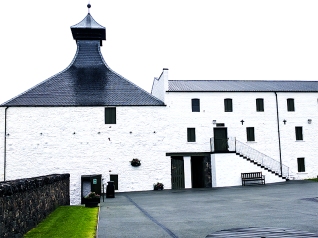 I think this is where their Feis Ile shenanigans take place. 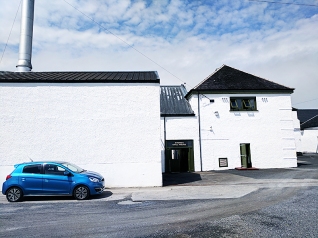 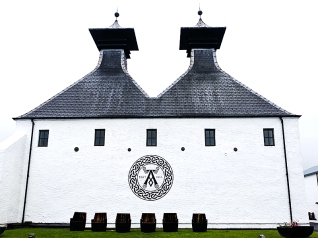 Were these trucks taking casks to the mainland? 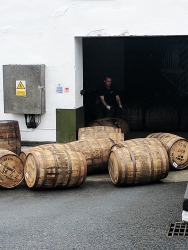 I’m going to say this is the building from which they roll barrels out. 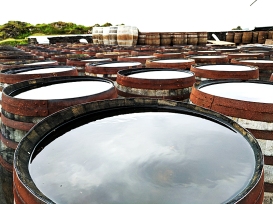 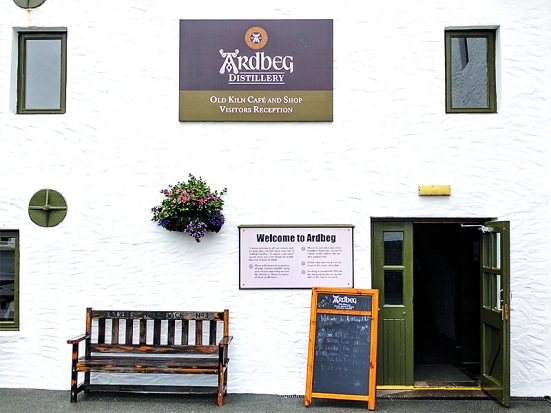 That bench is made from washback no. 3.

There’s a bar to the left with spillover cafe seating; toilets upstairs; cafe and shop to the right. 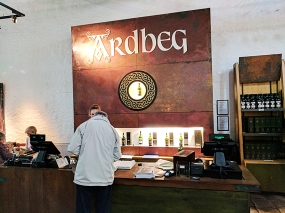 The cashier’s desk takes payments for purchases and meals, alike. 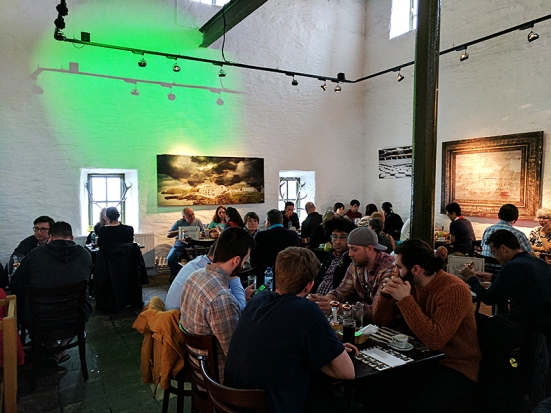 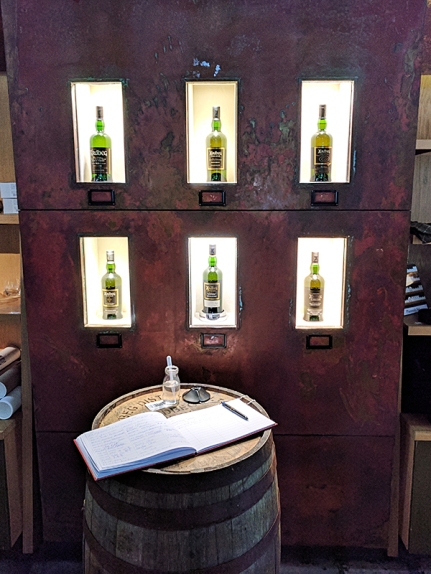 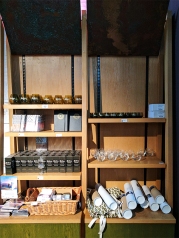 They have a lot of Ardbeg-branded clothing here.

I don’t think I’d heard of this before and can’t recall how much it costs–anyone?

Another thing I photographed but didn’t take a close look at while there. Anyone know what this is about?

Though I didn’t feel this while actually on Islay, I now feel a bit of regret about not having toured Ardbeg. Well, if I ever get to go back to Islay I’ll take care of that. In the meantime, I have quick reports to come from Bruichladdich and Kilchoman. Expect Bruichladdich next week and Kilchoman the week after. Tomorrow I’ll have another food report from Skye. And if food is what you think of when you think of Ardbeg then come back on Friday for reports on two very good lunches.