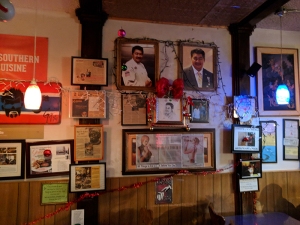 Last October brought the terrible news of the passing of Chef Tui Sungkamee. Along with his sister Jazz Singsanong, Chef Sungkamee ran what has probably been the greatest Thai restaurant in the United States for the last decade. She runs the front of the house and remains the face of Jitlada; he was the unassuming presence in the kitchen whose cooking introduced so many of us to the flavours and ingredients of southern Thai cooking; and even through its intense heat, made us understand how nuanced and subtle Thai food can be. A major loss but our meal there in December—intended as a paying of respects—allows us to believe that his legacy and the restaurant will survive. It was another excellent meal and made us kick ourselves for having waited four years since our last visit to go back.

There was a time when we ate at Jitlada on every trip to Los Angeles, sometimes more than once. But sometime around my last review we decided to branch out and eat at more places in Thai Town. I don’t really regret that decision per se—it didn’t lead to a single bad meal. But our meal in December underlined that Jitlada remains the best in Thai Town, even if it’s somewhat old-fashioned now to say so—foodies, alas, are very prone to moving on to “new discoveries”, and Jitlada’s higher prices and mainstream acclaim seem sometimes to count against it among the internet foodie set. Well, given that it had been 4.5 years since our last meal, I’m probably not one to talk. Anyway, I think we’re going to be coming back a lot more regularly on our future visits.

We were joined at this meal by Sku and his family. As I’ve said before, they are among our absolute favourite people to eat out with: their appetites and tastes match ours well and I guess they’re decent company too (on average anyway). Somehow, despite actually living in Los Angeles, and only a 15 minute drive away, this was their first time at Jitlada in a long time. Accordingly, they left the ordering up to us. We went for a mix of some old favourites and some dishes we hadn’t tried before—the only constraints being the need to order a couple of things our brats could eat (though they eat spicier food than the average Minnesotan, they’re not up to Jitlada heat yet) and that would not cause to much pain to a teenaged member of Clan Sku who’d just had her wisdom teeth taken out.

What did we eat? Launch the slideshow to find out and to see what we thought of it all. Scroll down for thoughts on price etc. 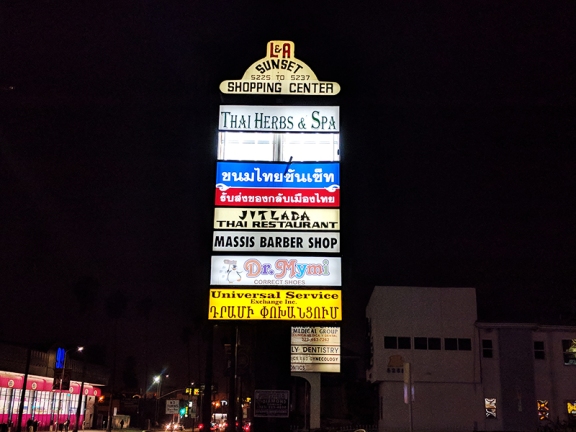 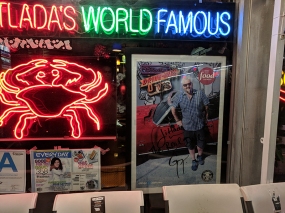 Don’t hold this endorsement against them. 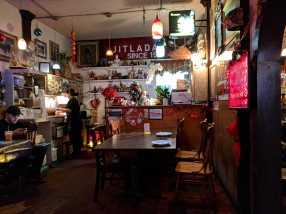 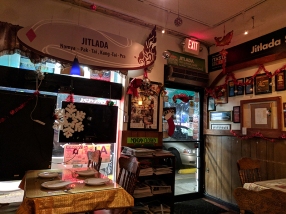 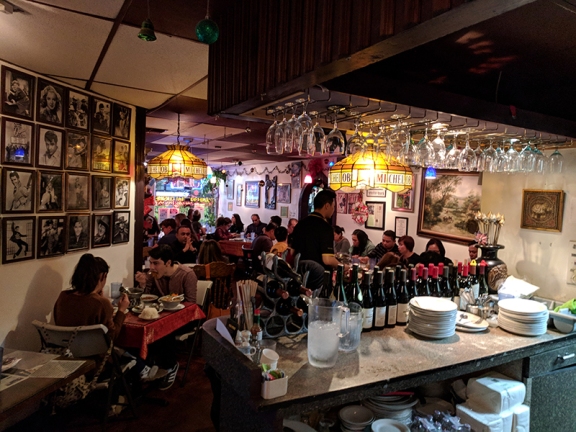 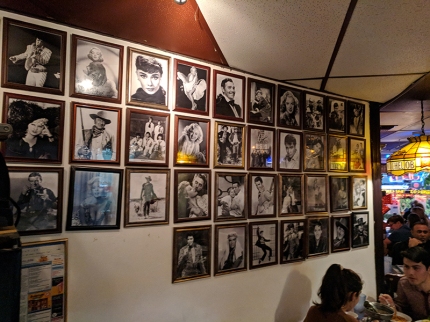 The wall near the restrooms are lined with pictures of stars 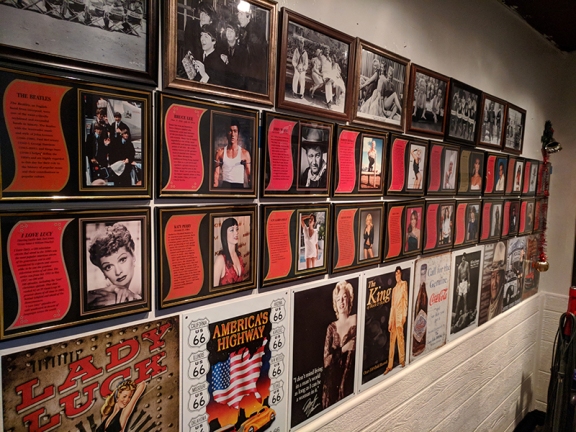 Not sure about the ads at the bottom though.

Mostly eaten by our boys and much enjoyed. 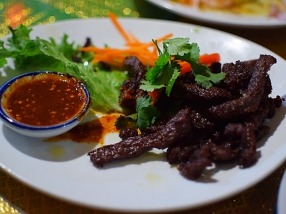 Much enjoyed by kids and adults.

Not as good as the green papaya and blue crab salad, probably, but very good. 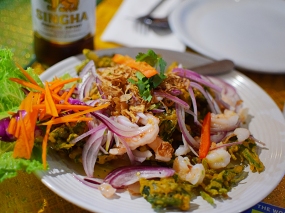 We got it with ground pork. Oh, Thai omelets, how much I love you!

A first-time order. It’s described as a deep-friend southern shrimp curry but it turns out to be an entirely dry dish and more of a salad. Very good but probably redundant alongside the deep fried morning glory salad.

This was for the dental procedure victim who needed something soft to eat. Well, I can now tell you that Jitlada’s panang curry is excellent. 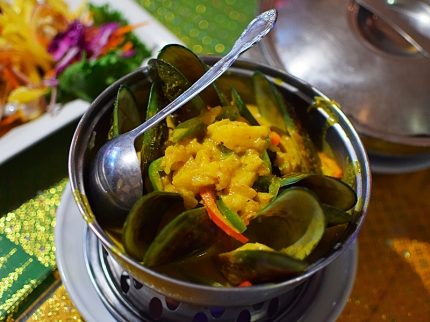 Great plump mussels in a lovely sweet, sour and spicy curry with pineapple. 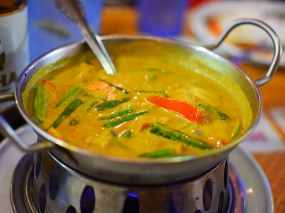 Another excellent curry with crispy pork and green beans.

Not pictured above is a wonton soup we added on for the benefit of the wisdom tooth extraction-affected member of the group. All of this plus a few beers and soft drinks and tax and tip came to about $205. Which is both a lot more than the average Thai Town restaurant’s bill would be and a steal for the quality of the food and how unique it still is. Service is still as spotty and harried as it’s always been but really, who gives a fuck?

And it was just great to see the place as packed as ever. We got there at 6 (on a Tuesday evening) and within 15 minutes of our sitting down the place was jammed. When we left at 8 there was a big crowd waiting patiently outside. The good news—and further testament to his greatness—is that Chef Tui has obviously trained the kitchen well. Jitlada remains one of Los Angeles’ great restaurants and if you haven’t been yet or, like us, have been ignoring them for a few years, you owe it to yourself to go and eat there. We’ll be back on our next trip for sure, not just to pay tribute to Chef Tui but because they’re still putting out amazing food.

Next up on the food front: non-South East Asian food in St. Paul and dim sum in the San Gabriel Valley.