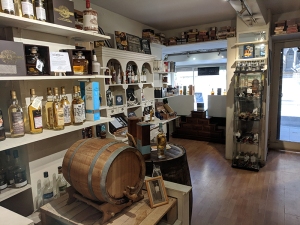 Here is a contribution for the Captain Obvious Hall of Fame: there are a lot of whisky stores in Edinburgh. And I can say this despite barely having gone off the Royal Mile in my four days there. At the top of the Royal Mile is the Scotch Whisky Experience—as underwhelming as it is maximalist in design—and at the bottom is Cadenhead’s—as excellent as any Scotch whisky institution can be. In between, and on adjoining streets are a panoply of other establishments where you can buy or drink whisky. Today I have brief looks at two of these, one closer to the touristed epicenter of the Royal Mile, and one closer to Cadenhead’s in both location and ethos.

I did not know this store existed till I walked past it. Having learned of its existence I popped in. Having just come from the Scotch Whisky Experience, at first I looked upon it with favour. But then as I looked more closely I realized there’s little to recommend it either. Yes, they carry more independent bottlers and so forth, but the prices were high and for some reason Game of Thrones merchandise is the first thing you see when you enter (in fairness, Diaego has just launched a Game of Thrones collection in collaboration with HBO—though they’ve failed to seize the opportunity to release a House Bolton tie-in: “Red Label: Drink It and Experience What It Must feel Like To Be Flayed Alive”). I could be wrong/unfair in going off quick impressions but it seemed like a place designed to separate clueless tourists from their money. That said, they also had a reasonable number of high-end bottles that I doubt random tourists would be buying. They also do whisky tastings in their lower level—I have no idea what these are like; do you?

Take a quick look and then scroll down for a look at at a very different shop. 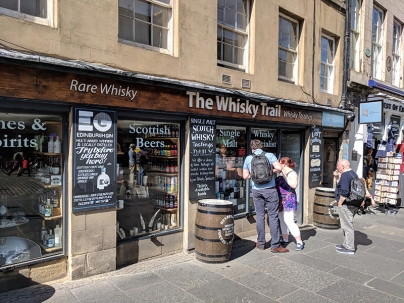 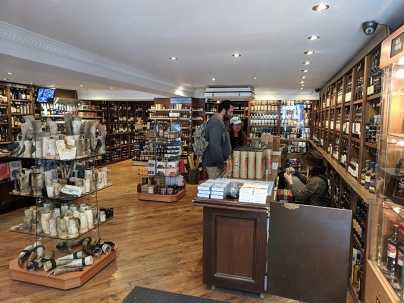 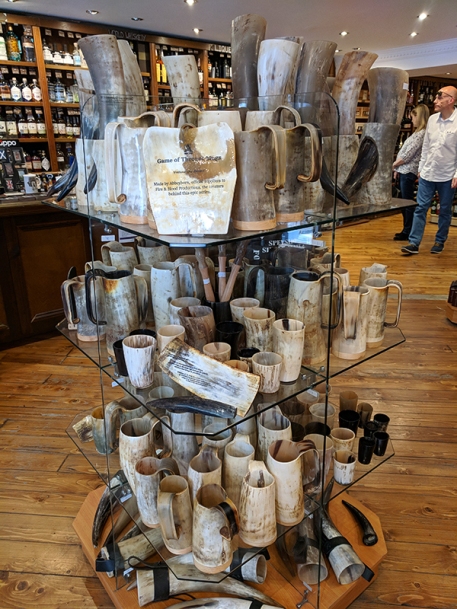 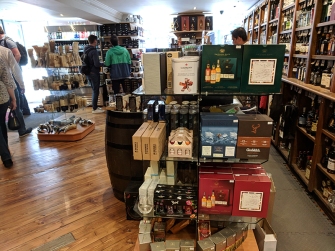 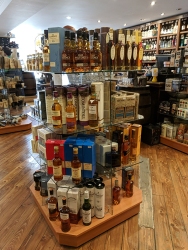 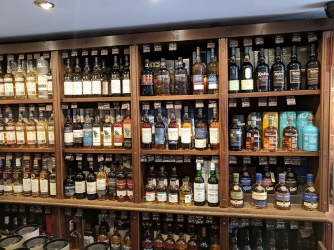 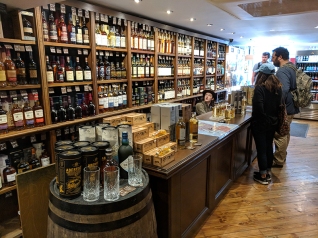 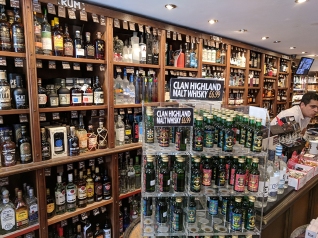 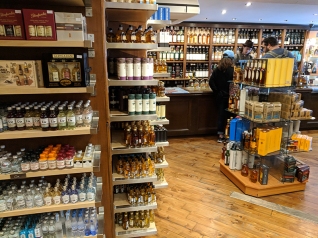 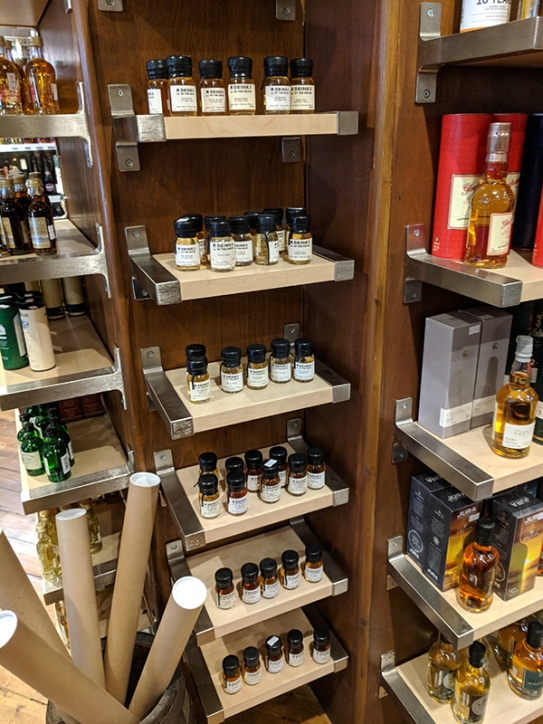 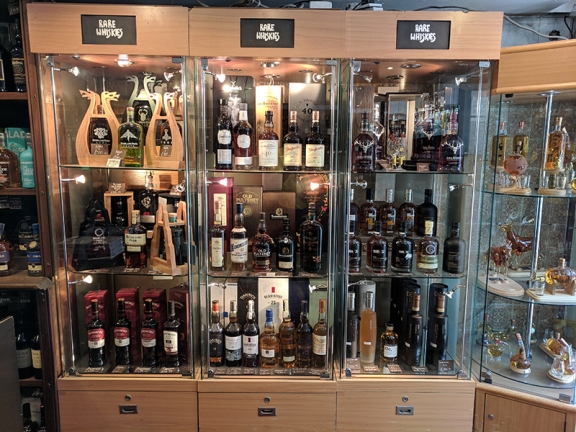 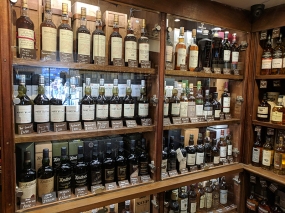 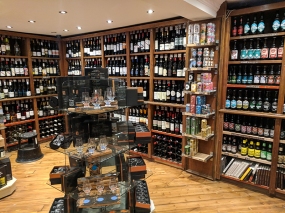 Well past the tourist mayhem of the upper Royal Mile sits Robert Graham in/on Canongate. I first passed it right after arriving in Edinburgh as it was in the vicinity of the office/shop from which we had to pick up the keys to our AirBnB. I didn’t actually get around to going in until the evening before our departure and that very briefly. When I did I found a small store altogether more old world in aesthetic and atmosphere, not quite as formal as Berry Bros. & Rudd in London (well, quite a bit less formal than that) and also not quite as lively as Cadenhead’s, another couple of minutes down the hill. They sell whisky and cigars (and also pipes). I didn’t pay much attention to their tobacco section but did note that they had an interesting mix of OB and indie whiskies as well as a number of private label releases—their main house brand appears to be Dancing Stag. And I appreciated that the staff were content to leave me alone to browse. I regretted not having more time to spend there. I didn’t ask if I could taste any of their private selection (or if it’s possible to do so). If you know anything about this, please write in below. Ditto if you’ve attended any of the tastings they also apparently run.

Later I learned that it’s only relatively recently that they’ve begun to specialize in malt whisky, having previously been a tobacco purveyor, and that their current incarnation is rather new, the brand having received a “total refresh” in 2015 . There’s another location in Edinburgh and one each in Glasgow (which is where they originated), Cambridge and London. Well, whatever the history of the company or howsoever recently it was that they adopted their current look and feel, I did like the feel of the place and would recommend a stop if you’re in Edinburgh. 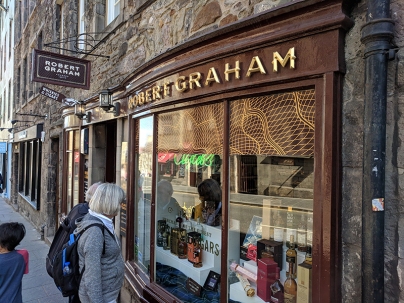 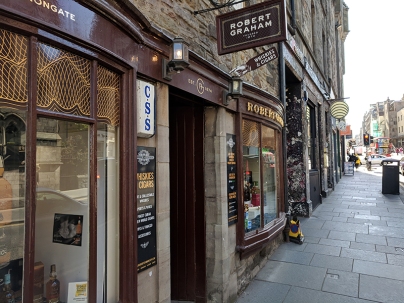 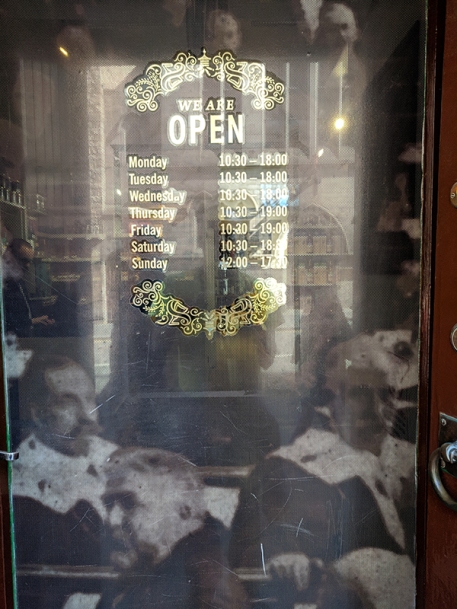 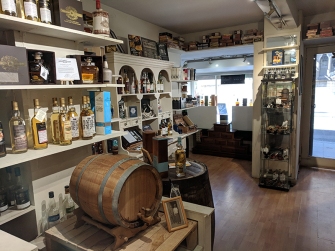 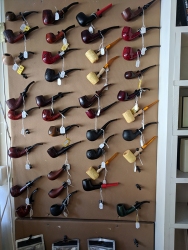 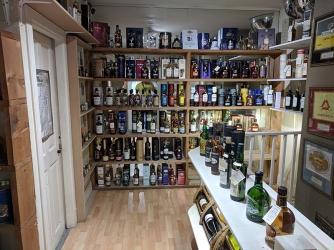 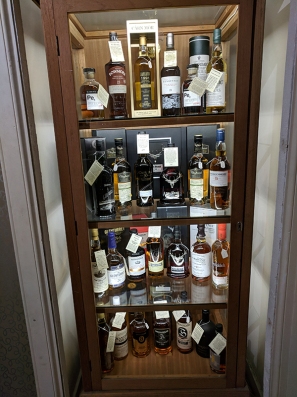 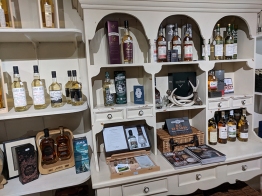 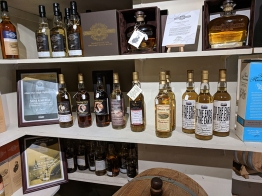 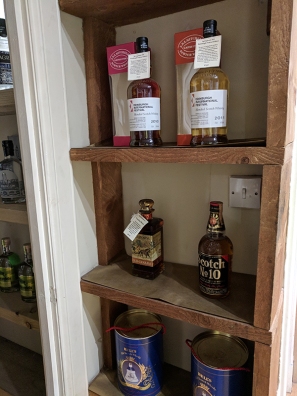 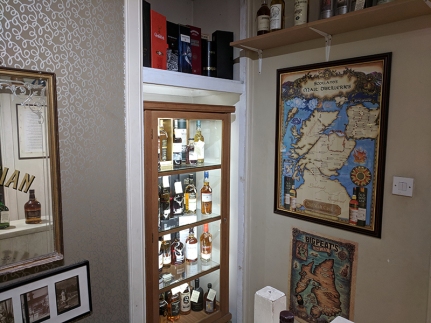 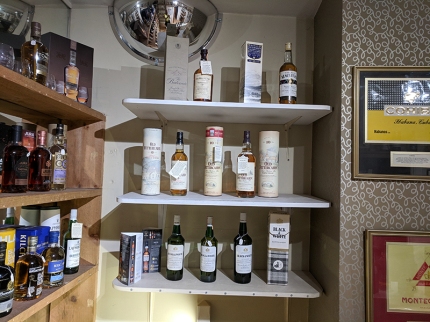 Next up from Edinburgh: the last of my whisky reports will be from Royal Mile Whiskies, which is very much in the touristed epicenter of the Royal Mile but is very good anyway. There may even be a sighting of the man, the myth, the Jolly Toper.