I’ve been meaning to eat at Ghebre’s for a while now, just as I’ve been meaning to expand my survey of the Ethiopian food scene in the Twin Cities. Alas, the terrible winter we had this year made it hard to get up to the Cities much for our usual weekend lunching. But now that the snow is melting and filling the potholes—and the rivers are flooding—there is nothing keeping us from escaping our small town once a week. And so it was that we left home on Sunday to have lunch at Ghebre’s with friends and then go to the theater with them (while dumping our brats on their teenaged son). And it was good. Here are the details. 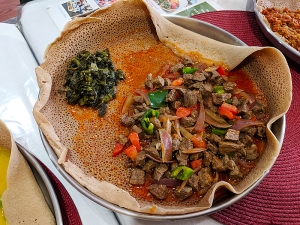 Ghebre’s is located at the intersection of Snelling and Sherbourne in St. Paul, right alongside Fasika. Indeed, in my review of Fasika a year and a half ago I mentioned a striking mural opposite that restaurant. What I didn’t say—because I wasn’t paying attention—is that that mural actually adorns the building Ghebre’s is in. I’m not sure if it pre-dated the restaurant—which opened in 2016—but it is truly a wonderful piece of public art. The restaurant itself is not quite as striking on the inside. It is darker than Fasika, though not as dark as Demera, and decorated in a rather off-hand manner. It is also much larger than I expected it would be, but there are not that many tables in the main dining room—there’s another smaller room off to the side, but there was nobody there at lunch. There are also stairs going upstairs but I don’t think there’s any more seating up there (please correct me if I’m wrong).

On weekends they have a lunch buffet (starting at 11.30 on Saturdays and 12 on Sundays) but it feels like the restaurant probably comes to life a little later in the day. We got there right at noon and while there were a few other people already eating the vibe in general suggested the kitchen was still revving up. A couple of dishes I asked about were not available but our server said they would be in a few hours. Perhaps they’re expecting people to partake of the buffet—and perhaps we should have too—but we had our eyes on the menu. We were four adults, a teenager and our two brats and we got a bunch of things to share: chicken tibs (largely for the brats), beef tibs (the mild edition), doro wot (the classic spicy braised chicken), lamb alicha wot (milder and done differently than at Fasika or Demera), defen miser (whole brown lentils stewed with spices) and the kik alicha (split peas—chickpeas, I think). Some of the dishes came with braised collard greens and some with mildly spicy lentils. We got a couple of sides of rice and of course in addition to the injera the dishes were served on there was a lot more injera on the side. All of the food was very good.

For a look at the food and the restaurant, launch the slideshow below. Scroll down for thoughts on value, service and how they compare to Fasika and Demera. 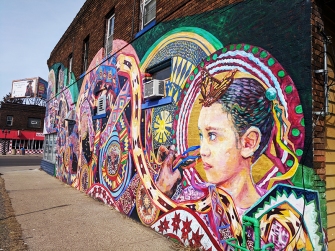 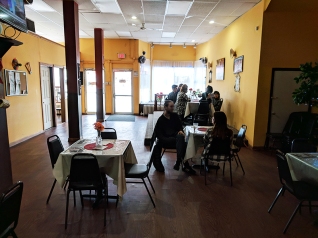 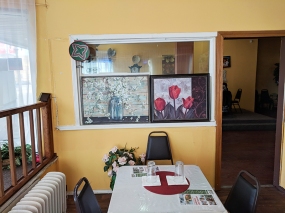 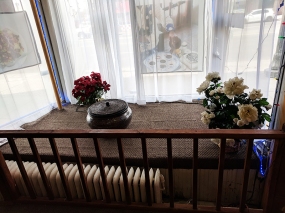 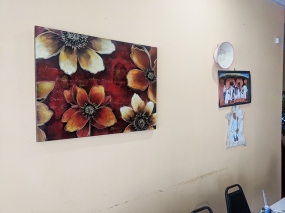 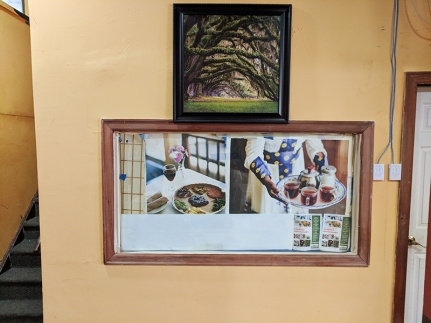 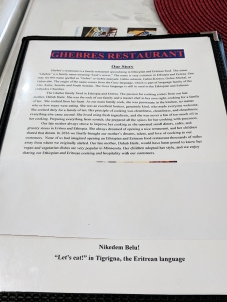 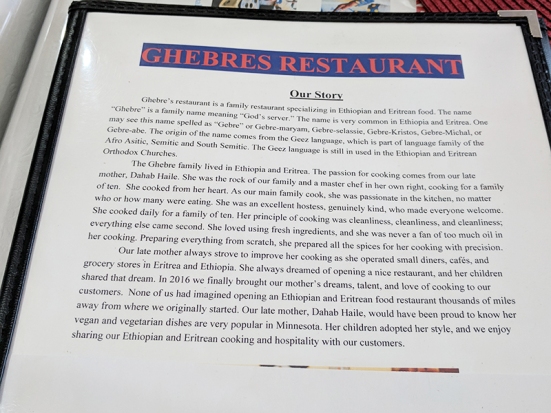 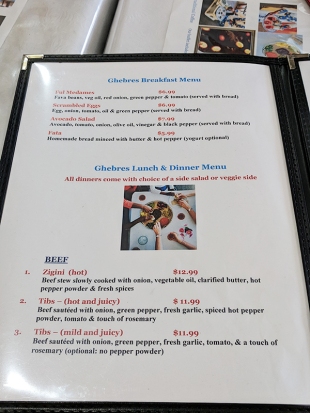 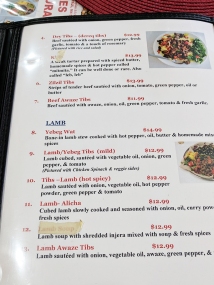 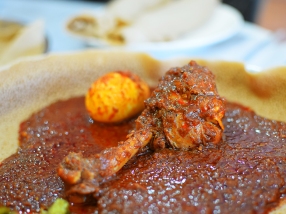 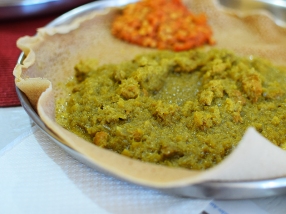 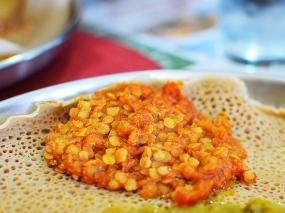 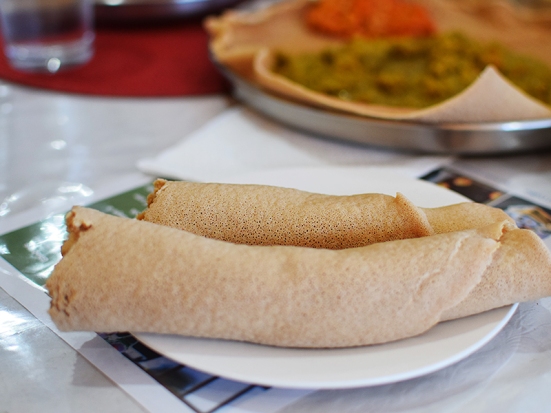 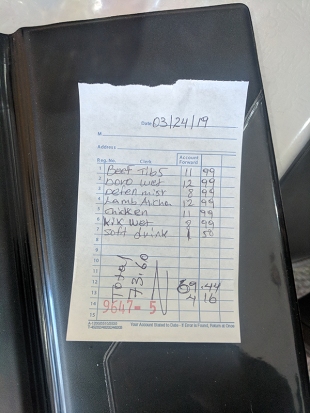 Counting our boys as one adult, all of this came to just about $12/head before tip. Which is both very good value and also a little less than we would have paid if we’d all done the buffet ($12+tax). Service was very warm and attentive. How would I rate them against the other two places I’ve reviewed? Well, there’s not a lot to choose between them but I think that in terms of flavour I’d put Demera at the top and Ghebre’s on par with Fasika. I should note that the missus disagrees with me: she would put Ghebre’s at the top. I will note that Ghebre’s menu is a bit more limited than either Fasika’s or Demera’s and that I was particularly disappointed to see that they no longer serve kitfo—though if you are not a fan of beef tartare you may feel less deprived. If you’ve been to all three places I’d be interested to hear what your relative rankings would be. Of course, I’d eat happily at any of them.

I should also note that unlike Fasika and Demera, Ghebre’s is billed as an Ethiopian and Eritrean restaurant. I know even less about Eritrean food than I do about Ethiopian food—which is to say I know nothing about it—and so it is entirely possible that I have missed some nuances. As I noted, the lamb alicha was done differently here than at Fasika and Demera—being altogether greener. As to whether that’s down to an Eritrean connection or is just a regular variation, I have no idea but would be happy to learn more about from anyone who knows more. Ditto if you know of other dishes on their menu that are different on account of the Eritrean connection.

Our next Twin Cities Ethiopian outing will be at Bolé a little further down University but that won’t be any time very soon. My next local report will be of dinner at Hyacinth, where we are finally scheduled to eat this weekend, after the snow-related cancellation of my birthday dinner. That’ll be posted next week. Before that I’ll have two more Delhi reports.