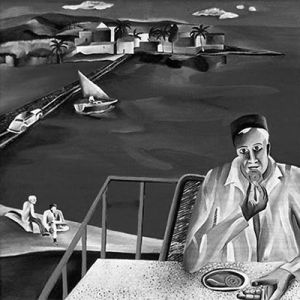 Late last week I posted the third entry in my series covering writing on Indian food in mainstream American media. As someone who does not really have much of a food following—or much of a following of any kind really—I expected it would be of interest to a few and then sort of disappear. I was surprised, however, to see the piece get shared by a lot of food people on Twitter, including a number of people whose own work I find interesting. This was certainly gratifying. I am not in the food/writing industry and don’t really move in those virtual circles and so it’s nice to see that people who do spend a lot of time reading and writing about food find my views at least of interest. And it was very nice in particular to see lots of people of South Asian origin “liking” it on Twitter.

Along with that though came some ambivalence about the piece’s popularity—in less than four days it has become the second-most read post this year on the blog (sorry, it’s going to take some doing to catch my perennially popular recipe for pineapple chutney). What can I say? I’m the kind of miserable sod who gets uncomfortable when too many people agree with him. And I worried in particular that in my undisciplined way (the whole thing was written in one shot spread over about 3 hours), and in my own laziness (once I got to 2000 words I moved quickly to a conclusion and only edited the whole thing cosmetically) I had failed to properly emphasize some key points and to clarify some others. And it was also drawn to my attention that I had made two errors (I’m sure there are more). Here therefore is a quick follow-up that corrects those errors, (hopefully) clarifies some things, and puts proper emphasis on the point in the conclusion.

The points I should have noted or emphasized more strongly:

And, finally, I know it’s easy for me to make these critiques from a position of some privilege outside the industry. I have to be more conscious of the fact that (younger) people who are trying to make/sustain careers inside it don’t have quite the same freedom even if they all wanted to do something different. Again, this is not to give people who don’t seem interested in doing anything different—or those who seem content to exploit the existing system—-an alibi; it is to remind myself to be a bit more generous. In fact, my next piece on related subjects—which I am currently mulling in my head and will probably get to after my upcoming review of Priya Krishna’s cookbook—will not be focused on individual writers but on the broader issue of the place of “authenticity” in American food discourse and how it narrows the space in which “ethnic” cuisines can operate or be theorized. Look for that in a couple of weeks.