Back to Delhi in December, back to another restaurant with “belly” in its name. While Potbelly serves Bihari food, Mahabelly serves Malayali/Kerala food. (As a side-note, it irks me no end to see the adjective “Keralan” used for people and things from Kerala; I usually see this in British outlets, and even from writers of Indian origin who otherwise seem very invested in correcting errors about Indian food made in mainstream publications. Well, I suppose “Keralan” is not an error per se but in Indian English it is Keralite that is the term that’s used, though most people will say Malayali to refer to the people and culture of Kerala; and don’t get me started on “Goanese” instead of the proper “Goan”. Well, this side-note is already about five times as long as the text it digressed from and so I guess I should get back to it.) I ate lunch at Mahabelly on our trip to Delhi in January 2016. On that occasion I ate there with an old friend and as we were just the two of us I couldn’t taste very much of the menu—a sad thing as I liked almost everything we tried very much. On this trip, however, I was one of seven adults for dinner and we did a fair bit of damage. I am happy to report the meal was again very good.

At lunch on a Friday in January 2016—less than a year after their opening—the restaurant had been almost empty; at dinner on a Friday in December 2018 it was packed to the gills. We had a reservation and needed it. We got there at 9 (which is the hour that most Dillivalas see as the start of acceptable dinner time) and it was overflowing. And man, it was loud. There were young people, middle-aged people, older people. There were couples on dates, groups of friends and co-workers, and there were families. My nephews said this was not an aberration. Perhaps this is because Mahabelly appears to be one of very few successful Delhi restaurants that has not yet opened multiple branches—though they do have a delivery kitchen in Gurgaon. I suppose this might also mean that Malayali food is not quite established enough in Delhi for them to feel confident about a second full location. I confess, however, that I am not at all up on the local scene—for all I know there are indeed many Malayali/Kerala restaurants all over Delhi that are doing well.

Anyway, as I said we were a group of seven adults and we ordered a lot. This is what we got:

We mopped all off the above up with appams, excellent Malabar parottas/parathas and rice.

We got a couple of desserts as well

For pictures of the restaurant and the food launch the slideshow below. Scroll down for thoughts on service and value and to see what’s coming next. 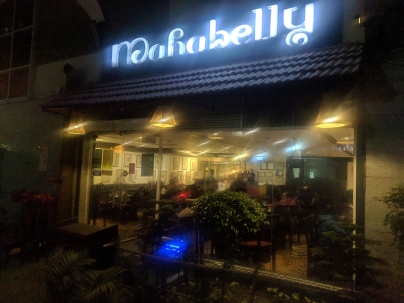 Taken as we were leaving.

You may remember these cartoons on the walls of Just Kerala in Bombay as well. As to whether this means the restaurants are connected or just that the artist has cornered the market, I don’t know. 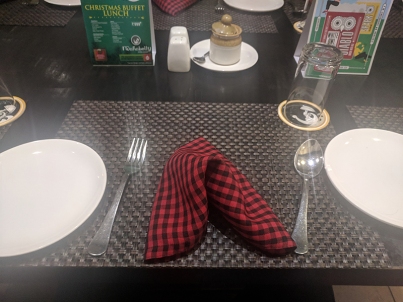 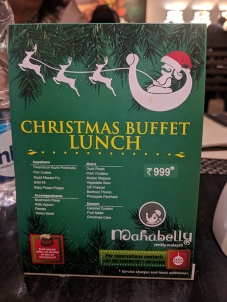 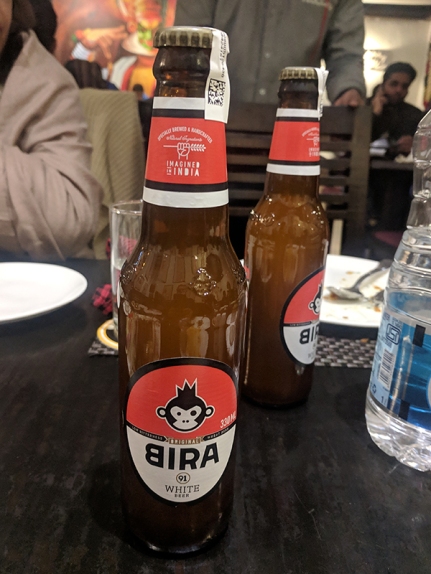 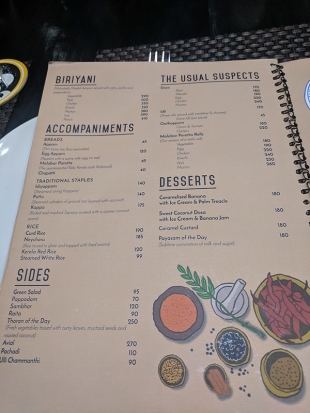 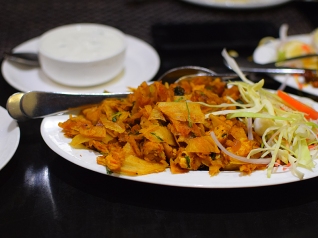 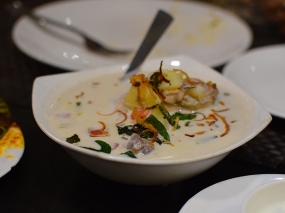 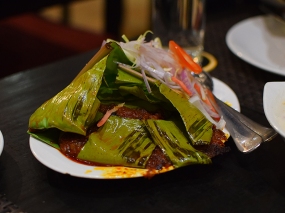 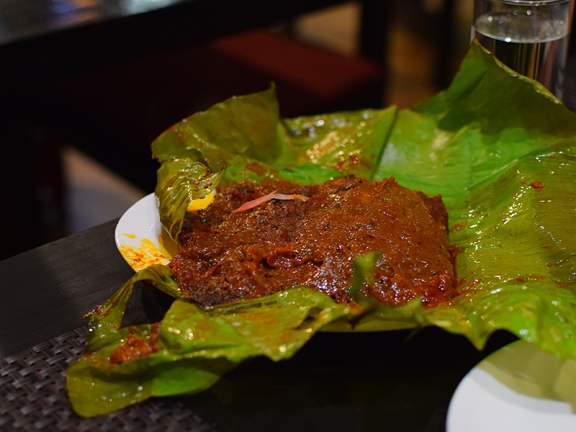 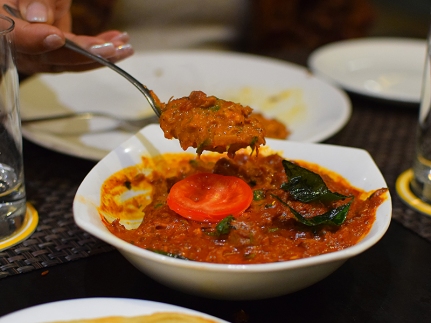 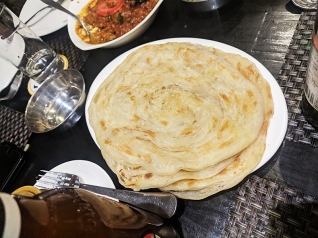 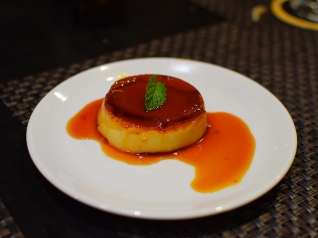 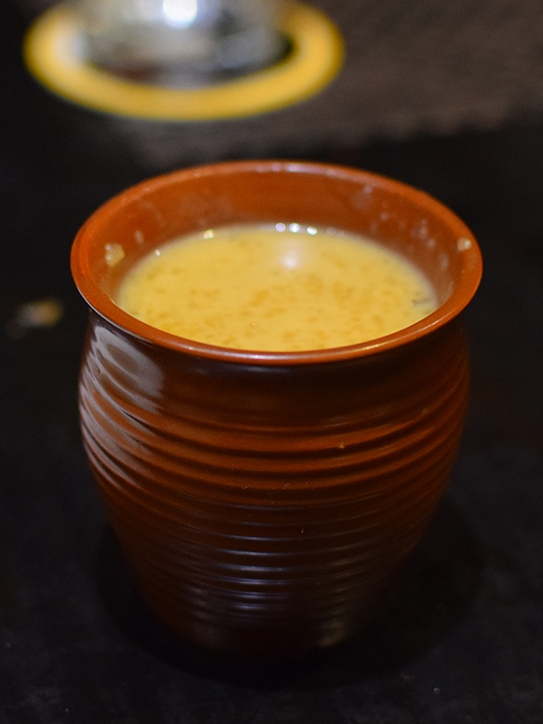 As noted above, all the food was very good, though I would say the starters were the real stars of the show. The one off-note was that they did not have avial that night, which seems like it should never be the case at a Malayali restaurant. They have a bar with many themed cocktails but my nephews and I stuck to beer—a local white beer that was just about acceptable. As for service, it’s rare, if not impossible, to find a restaurant in Delhi that is under-staffed and Mahabelly is not bucking that trend. Servers were overly-present in the usual Delhi style but we were able to convince them to just set the food down and let us serve it for ourselves. Prices are as reasonable as they were in 2016. My father did not let me touch the bill but you can work out how much it would have been from the pictures of the menu.

A very good meal—probably the best of the three Malayali meals I had on this trip (Just Kerala in Bombay and Samridhi were the other two). As far as I can tell—and do remember that I am very far from being an authority on the cuisine—things have not been North Indianized here. I’ll be back with the missus and the brats on our next trip—which is hopefully just about eight months away.

Well, I’m almost done with my Delhi reports. My next review will be of another Kashmiri meal. But before that another Los Angeles report, either Sichuan or sushi. And look as well for my review of Indian(-ish), Priya Krishna’s new cookbook, to drop soon (as we very young and street-smart people like to say).

By the way, in case you’re wondering Mahabelly = Great (maha) belly. But it’s also a pun on the name of Mahabali, an important figure in Malayali culture (see the description of the legend in the slideshow).