My first report from our brief sojourn in DC last week was of our first meal: dinner at Baby Wale. I’d planned to go in order but instead here is a report of our last formal meal in DC: ramen at Bantam King. As with Baby Wale, Bantam King was a recommendation from the excellent community at DonRockwell.com. We’d originally planned to do our ramen eating at Daikaya but it turned out that they were participating in Restaurant Week and were only serving a Restaurant Week menu for dinner with a minimum spend of $35/head. We were only too happy to swap it out for Bantam King. And then we were quite happy with our meal.

Like Baby Wale—and also Daikaya—Bantam King was a leisurely 15-20 minute walk from our hotel. They don’t take reservations but we were there a little after 7 on a weekday and there wasn’t too much of a wait. We were told 20 minutes but got seated earlier. There was a bit of an annoyance with getting our table but it was minor. We were offered 4 seats that opened up at their long, communal table; I said to the host that we would be happy to wait a little longer for a four-top that seemed to be winding up by a window, as with small kids that would be easier than the communal table. He said there was a group ahead of us who would get the table. I asked why if they were ahead of us he was offering us the seats that opened up first but he seemed confused by this. The stand-off was ended when another four-top in the inner part of the dining room also got up. He then gave the group ahead of us that table and gave us the window table.

All controversy over, we sat down and quickly perused the menu. It is very brief: five types of ramen plus a limited list of smaller dishes/sides. There were also a few specials. In addition, the menu listed a seasonal special of tantanmen but, disappointingly, it was not available; instead, they had a cold, broth-less tantanmen—I passed. What did we get? The kids split an order of their chintan ramen; the missus got their spicy miso ramen; I got their shoyu ramen. In addition, we got an order of gyoza, an order of fried chicken wings, and an order of rice with onsen egg. It was all more than decent, with the spicy miso ramen probably the pick of the three. We also quite liked the fried chicken wings—a bargain at $6 for four large chicken wings.

Oh yes, as their name indicates, Bantam King is a chicken-only restaurant. Their ramen broth is made from chicken and the only meat featured in any of their dishes is chicken. I prefer porky ramen in general but concede that this was pretty good.

For a look at the space and the food, launch the slideshow below. Scroll down for thoughts on service and value and to see what’s coming next. 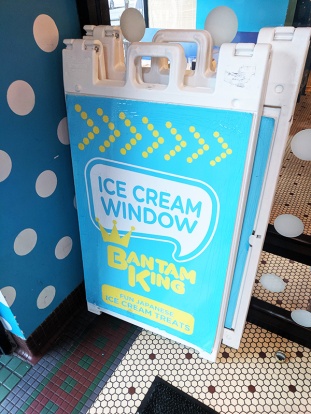 The kids were intrigued but we were too full to ask about this at the end of dinner.

From the waiting area; some people were waiting outside, but we prefer air-conditioning to humidity. 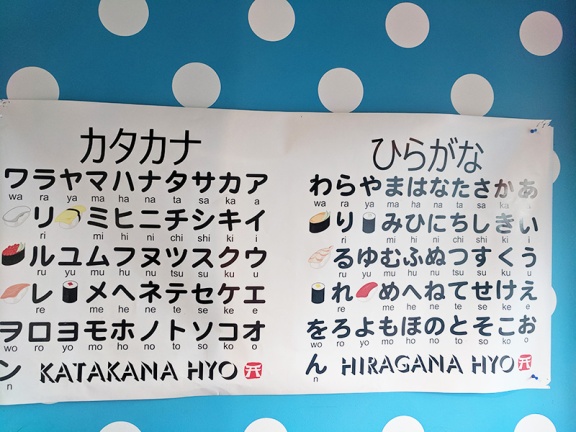 A lot of people must learn Japanese while waiting. 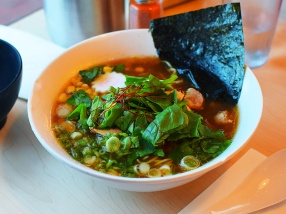 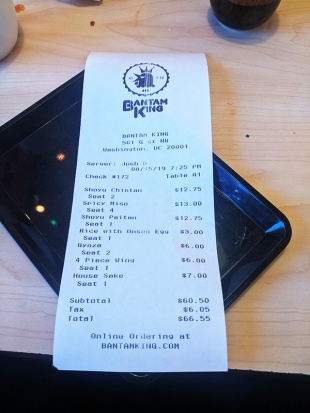 All of the above plus a small carafe of their house sake came to just short of $80 with tax and tip. Counting the kids as one adult that’s roughly $26/head. Which is pretty good for the quantity and quality. Service once we sat down was very good too. Our order was taken quickly, the food came out quickly and servers were always on hand when needed. All in all, I would recommend Bantam King to anyone else in our position: within easy reach and looking for a place for a quick, tasty dinner for kids and adults. I’m not sure, however, that I would travel across town to eat here.

Next up from DC: barbecue at Hill Country. But I’ll probably have a New York report and my last North Shore report before that.