I made a somewhat involved chicken curry for a dinner party last week. Made in a Hyderabadi style it involved roasting and then making a paste of sesame and peanuts and various spices. It turned out very well and as we were eating I began to think of a simpler version I could make for more everyday cooking and which might be a little more kid-friendly. This recipe was the result of that thinking. It sits somewhere between that more complex Hyderabadi prep and a “white” chicken prep that one of my aunts is famous for (and which I’ve hybridized before). It involves very few ingredients and only whole spices. And if you have a good not-too chunky peanut butter at hand you’re well past the starting line. Give it a go. It’s very tasty and goes well with rice or parathas—or for that matter you could sop it up with dinner rolls. 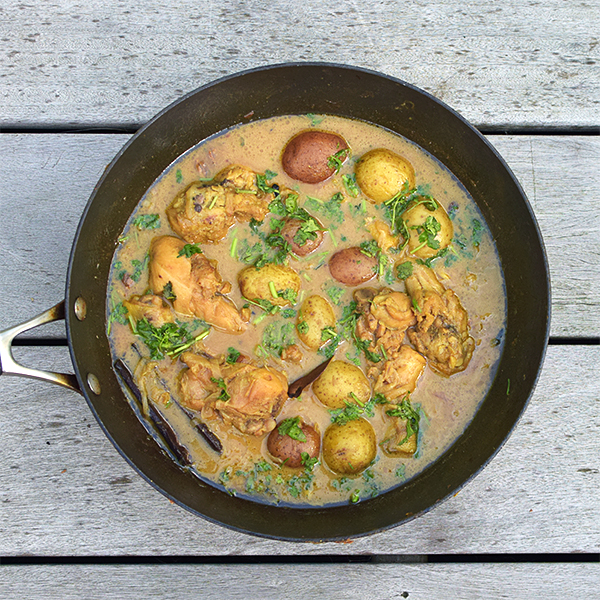