Late last year I posted a recipe for pongal made with oats. That recipe was a take on my friend Pradnya’s recipe, which was itself an adaptation of a rice-based pongal from the cookbook, Dakshin. I’ve been making various iterations of that pongal for breakfast ever since—it beats a bowl of oatmeal in the American style any day of the week as far as I’m concerned. A couple of months ago I randomly improvized a more savoury version for lunch. My description of it caused a Tamil friend to pretend to faint in mock horror—this because I made it with dried cranberries, which are certainly not a traditional ingredient. It may not in fact be the only complaint that people who actually have cultural ties to pongal—which as a Bengali I don’t—have with this recipe. To them I say, just call it porridge if you prefer; but do give it a go: you’ll probably like it. Then again, for all I know, it actually resembles a traditional preparation quite closely. Indian foodways are wide and varied and it’s very hard to come up with anything truly new. 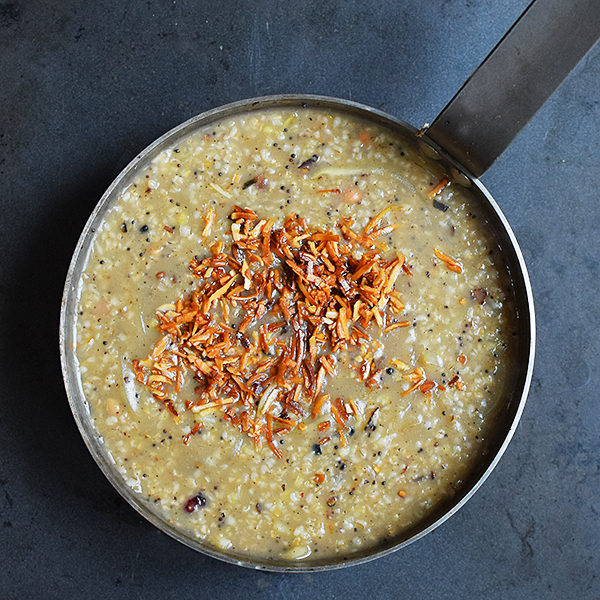 One thought on “Oats Pongal with Dried Cranberries and Toasted Coconut”