As I’ve noted before, I’m not a big fan of salmon in Bengali fish preparations. Its flavour is a bit too strong in my opinion—or maybe it’s just too unfamiliar for me in those flavour contexts. I have far less cognitive dissonance using it in preparations that come out of the broad South Indian palette, however, especially with some coconut milk in the mix. This recipe does not use coconut milk (though you could add some for a variation) but salmon works very well here too.

This is also a recipe that comes together very easily. There’s a bit of a backlash these days online against “ethnic” recipes being presented as simple and so forth in the US. I’m sympathetic to the impulse there: the simplification of complex dishes is rarely a good idea to begin with and when applied to dishes from cuisines outside the mainstream it can also signal a refusal to take those cuisines seriously. That said, working Indians also make dishes that are optimized for simplicity—whether traditional or contemporary—and this one is a fish curry I can pull together in 30 minutes after getting home in the evening after a faculty meeting. There’s a lot to be said for simplicity. 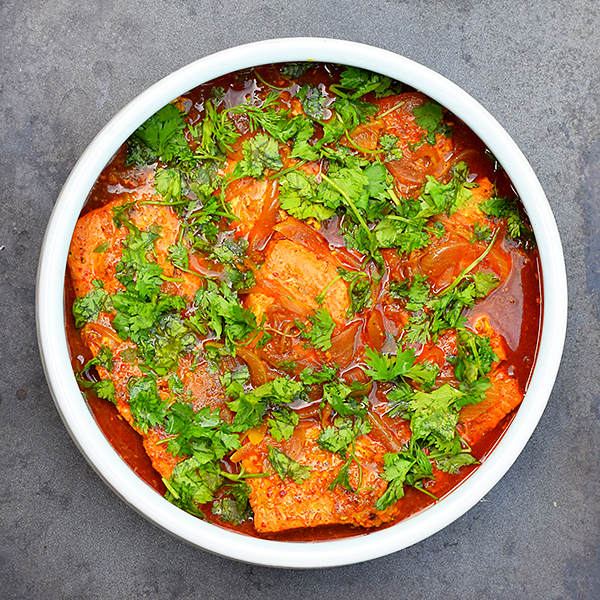