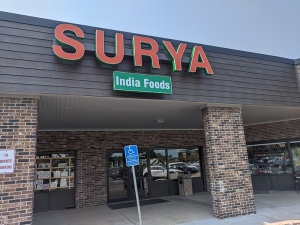 A week ago Saturday we drove up to Arden Hills to pick up takeout from Namaste India Grill & Brewhouse (the report on that meal is here). On the way up we stopped at Surya India Foods, an Indian grocery that is located just a few blocks south in another strip mall off Lexington. I don’t really have a handle on the South Asian population in the suburbs in that part of the Twin Cities metro—I am eagerly looking forward to reading the census data when it is available. I assume the opening of this store and Namaste India—both in the last 2-3 years, if I remember correctly what I was told by staff at both places—is an indication that the population is growing. Then again there may be more South Asian restaurants and stores in the general vicinity than I am aware of—I also don’t have a handle on the northern part of the metro more generally. Anyway, here is what you can expect to find if you visit Surya looking for Indian/South Asian groceries.

It is not a massive store but it’s not tiny by any stretch of the imagination. It’s larger than Mantra Bazaar in Apple Valley, for example. and also quite a bit larger than the old Spice Bazaar in Woodbury (I’m told that is now shut pending the opening of their new location). Like Mantra Bazaar, Surya sells not only groceries but also other items. The left-hand section of the store as you enter is given over to the non-grocery items—from cookware to religious paraphernalia to games and sporting equipment. The larger portion of the store, however is dedicated to groceries and is divided up into a few nicely-spaced aisles.

There is no dedicated area for vegetables. They can almost entirely be found inside a refrigerated cabinet (or whatever you call those things). The selection is not over-large and you won’t see very many esoteric things there but all the staples are available. The same description could be said to apply to their dry good as well. You are likely to find almost every thing you need but probably not every brand you might be looking for. They do have a large selection of prepared foods, both frozen and unfrozen.

The selection is nothing that is going to make me want to make a longer drive rather than going to Mantra Bazaar or TBS Mart but if this were the closest desi store to me I’d be happy enough—though it must be said that unlike both those stores Surya India Foods is vegetarian: they sell no meat or fish, either fresh or frozen. It’s kind of strange to think of just how much more comprehensive even the smaller/more limited desi stores in the US now are compared to the places in Los Angeles I shopped at in the 90s and early 2000s.

For a look at the store launch the slideshow below. Scroll down to see what’s coming next. 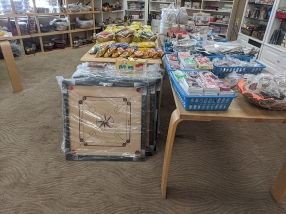 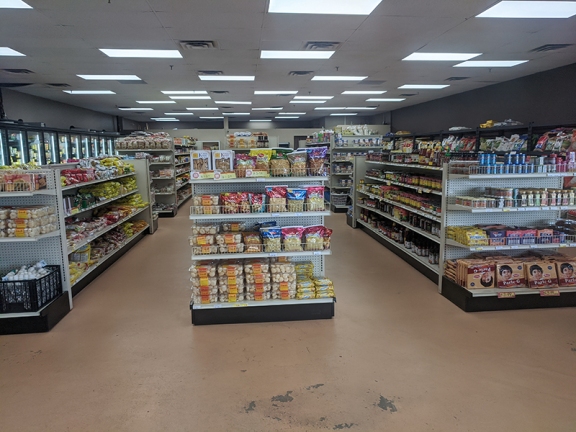 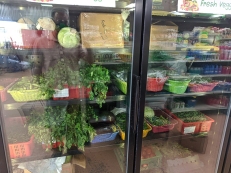 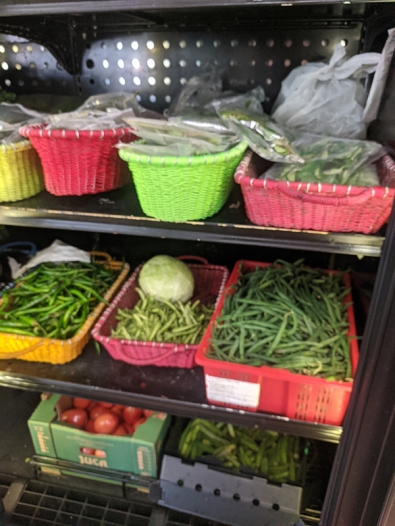 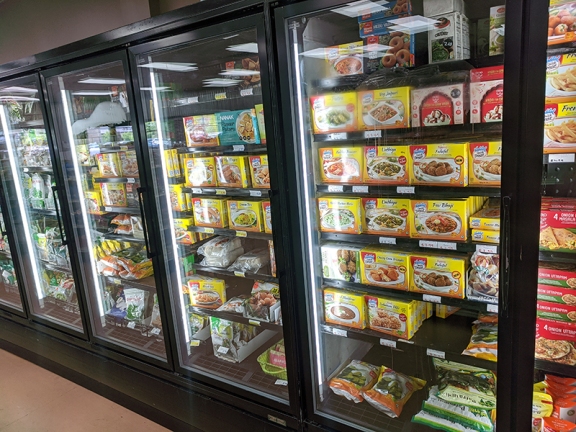 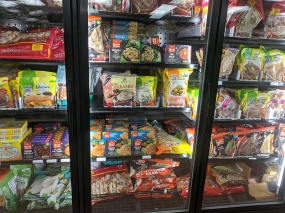 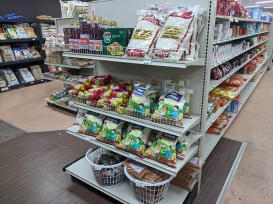 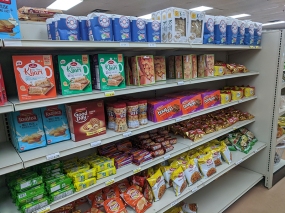 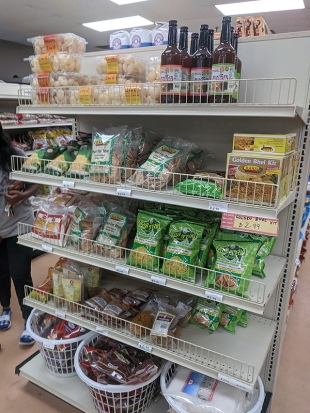 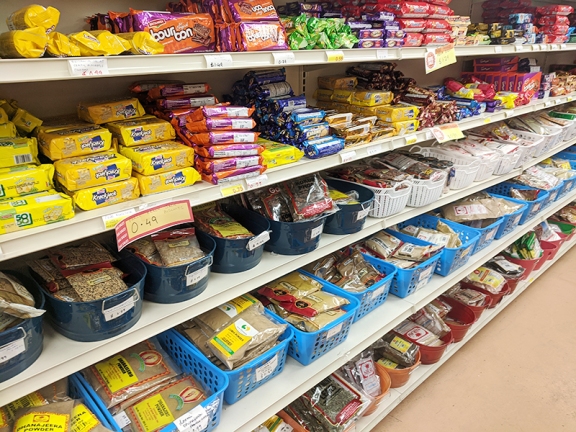 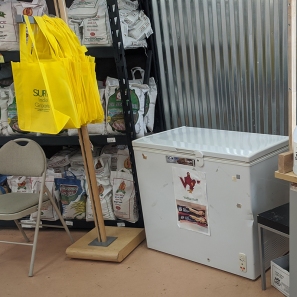 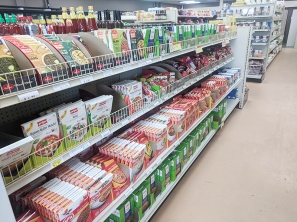 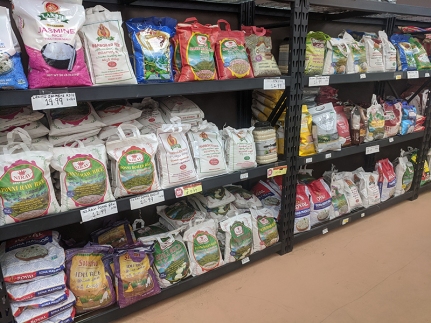 If you’re aware of more South Asian grocery and restaurant action in this part of the metro (Arden Hills, Shoreview, Roseville) do let me know below. I know of a Pakistani restaurant that operates under a name that suggests a different ethnic origin—I hope to eat there soon (and also at another Pakistani restaurant elsewhere in the north metro that also does not advertise itself as such). But beyond that I know nothing.

Okay, what’s next? On Tuesday I’ll have a review of a Thai place in St. Paul that we have not previously visited. And next week we are scheduled to do our first dine-in meal (just the two of us).