Thursday is recipe day on the blog. Though there are five Thursdays this December you will not be getting five recipes from me. We will begin the month with the recipe poll on the first Thursday.

The summer and my vegetable garden are now a faint memory—though it’s not actually gotten very cold here yet: on December 1 the maximum was a positively tropical 52f or so. Still, signs of the summer persist here with the presence of an eggplant and pork dish that I first made back in early October when my eggplant plants were enjoying their last hurrah. It didn’t make the cut in November but who knows, December may be its month. It’s joined on the poll by another past also-ran: a masala-crusted stir-fry of spare ribs that I rather like but which has failed to garner enough votes to make it out of last place in the last two polls. I have one more packet of spare ribs left in the freezer from the last pig we went in on and if this makes the cut this month I will quite enjoy frying them up again. The other four dishes are new to the poll, all of them vegetarian.

You can once again vote for up to four recipes in the poll. The four highest vote getters will be posted over the next four Thursdays, though not necessarily in order of the final rankings. I’ll leave the poll up till the weekend.

Here are the recipes:

Pictures of the finished dishes are below for reference. And here is the poll: 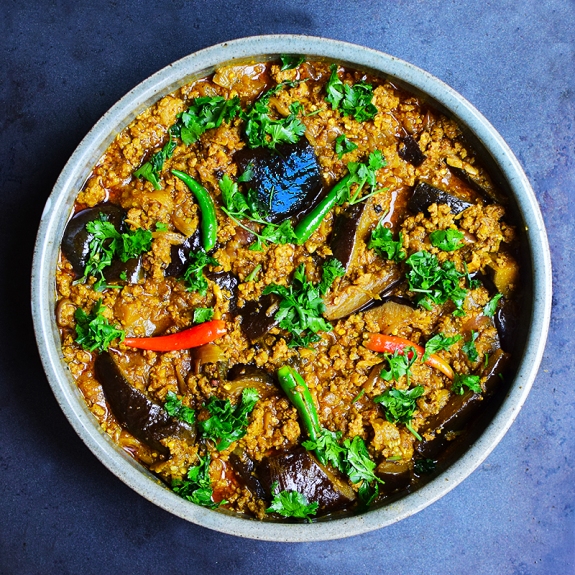 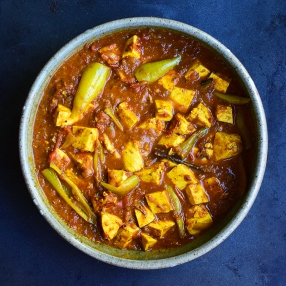