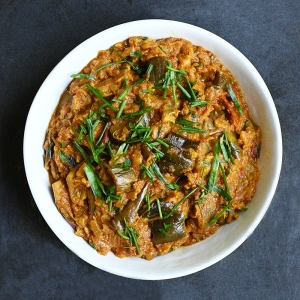 In case you’re new to reading this blog, I post recipes every Thursday (usually) and at the start of the month I post a poll of the possible candidates and have you vote for up to four of the ones you’re most interested in. As was the case late last summer, my community garden plot is overflowing with eggplant and so this month I have a lot of eggplant-centered possibilities (all vegan). But there’s more than eggplant in the poll below. In fact, there are two shrimp possibilities as well for you to consider, one in which the shrimp is optional and one in which it’s central. And there are also the two holdovers from August’s poll which feature pork and mutton (goat) respectively. Yes, it’s a larger poll than usual which should make for a tighter race. Let’s see how it goes. I will leave the poll up through the weekend but don’t leave it too late to make your picks.

Here are the candidates:

Here is the visual inducement (the poll is below). 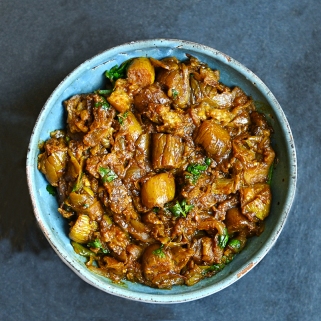 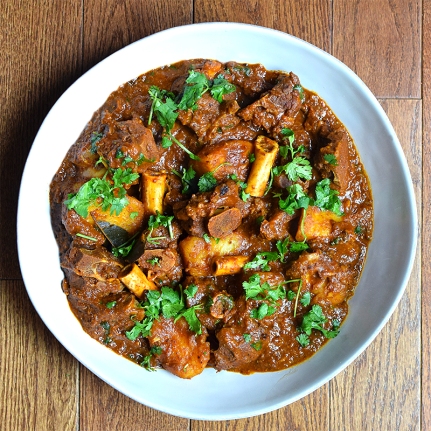 And here is the poll (again, you can vote for up to four choices).