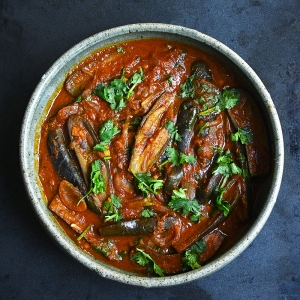 This recipe was on the poll for September and October and it’s time has now come. I improvized it in early August when the flood of eggplant from my community garden plot was in full flow and variety in preparation was needed to keep exhaustion at bay. It turned out so well that I made it a few more times before the growing season ended in October. My eggplant of choice for this was a variety I grew for the first time this year: Little Finger. These plants produce a profusion of very dark purple eggplants that are 3-6 inches in length and tubular in shape. As they’re not commercially available—unless there’s a specialty grower at a farmers’ market near you—you can happily substitute whatever long eggplant you do have access to. Alas, globe eggplant, either cut into rings or cubed, is not optimal for this dish as you want the eggplant pieces to hold their shape and not begin to melt into the sauce. You begin by stir-frying the sliced eggplants, setting them aside, making the wet masala and adding the fried eggplant back in for the last step. While the first step requires constant stir-frying for 10 minutes or so, it is, on the whole, a simple and quick recipe—and I think you’ll find it’s very delicious. Great with pulao or with chapatis or parathas; and excellent as both a side dish or the star of the show. 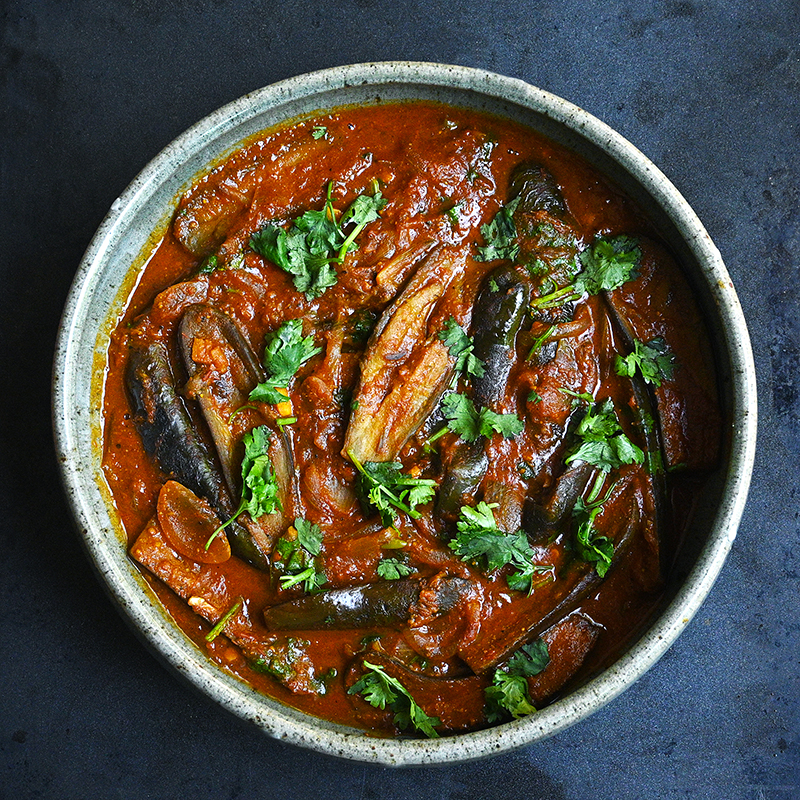