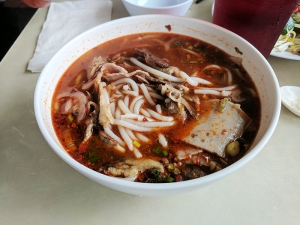 Though you wouldn’t know it from my unending stream of reviews of restaurants in London and Scotland—interrupted only by a writeup of the Little Africa festival in St. Paul last month—we’ve been back in Minnesota for almost three months now. And though you wouldn’t also know this from the blog, we’ve been eating a lot of one of the cuisines that Minnesota has far better exemplars of than London: Vietnamese (the other is Mexican). Accordingly, I am taking the opportunity to resume the slow-motion survey of noodle soup purveyors in the Twin Cities metro area that I’d commenced last winter with reviews of Pho Hoa, Pho 79 and Cam Ranh Bay. And what better place to start than Trieu Chau, which has been around for almost 30 years on University Avenue in St. Paul and remains one of the local gold standards for pho and more. No one in the broader Twin Cities area who likes Vietnamese food needs to be told about Trieu Chau but it’s always good to confirm that the old reliables are still reliable.

Trieu Chau is not a fancy restaurant and nor is it a large restaurant. It is, however, a very popular restaurant. If you’re there for lunch on a weekend, in particular, you may have to wait a bit. The line can be chaotic—they don’t write down names and occasionally people try to slyly jump the queue—and they don’t always do the best job of matching waiting parties to tables (we’ve had to wait extra long on occasion because they gave a four-top to a solo diner ahead of us even though there was a two-top opening up right behind it). But when you do sit down and get your food you will be happy.

As with this genre of Vietnamese food in general, this is not food for which very large claims can be made: it is comfort food and Trieu Chau does it very well with excellent broths in all their noodle soups. This is not to say that noodle soups and other noodle dishes are all they offer: they do also have various generic Asian dishes as well as rice plates and such. However, the noodle dishes are what we tend to get stuck in. What follows is a brief overview of some of our recent meals there. Take a look and scroll down for comments on price, service etc.

Fawm is the Hmong name for pho, I believe. 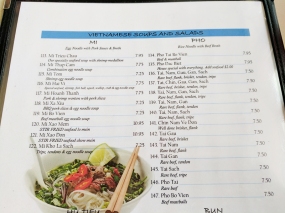 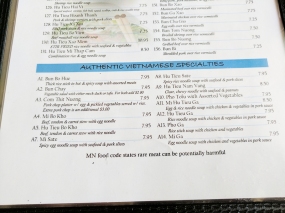 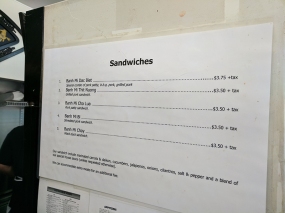 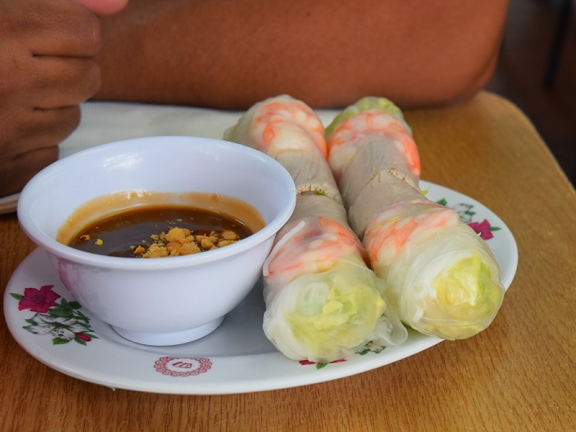 Nothing particularly distinguishes these from versions available elsewhere.

This is the one with everything in it. Their broth is really very good.

Pho with beef and meatballs. 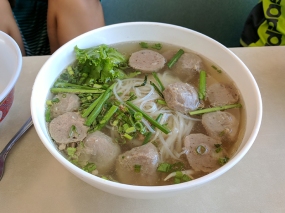 Their bun bo hue is quite good.

A bit on the sweet side but that can be fixed…

…with some of this. 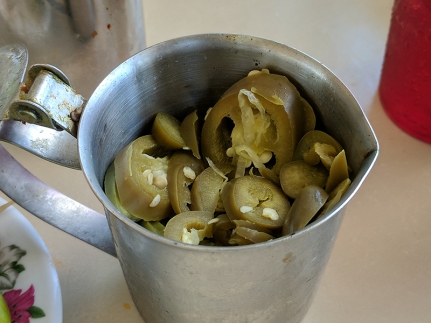 There are also these tangy sliced jalapenos soaked in vinegar. 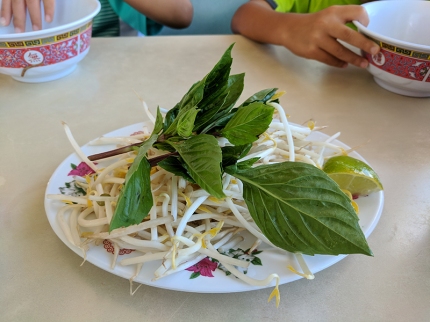 …but the missus does and she said…

…that this is pretty decent.

The market right next to them.

If there are other things on the menu that you would highly recommend, please write in below.

Prices are low and the service is warm and genuine. What’s not to like? Oh yes, if you go on a weekend in the summer you can stop at the large farmers’ market alongside. And since people might get worried if I didn’t have reservations about anything, I’ll add only that I hope that at some point Vietnamese food that goes well beyond pho and other noodle dishes will be available in the Twin Cities. Minnesota has a larger Vietnamese population than Colorado but there were restaurants in Denver more than 10 years ago whose menu went far beyond pho, bun and broken rice plates.

Coming up soon, another Vietnamese standby (this time in Minneapolis); but before that I’ll have a review of one of the Twin Cities’ OG Ethiopian places, not too far away from Trieu Chau—that might be as early as next week.