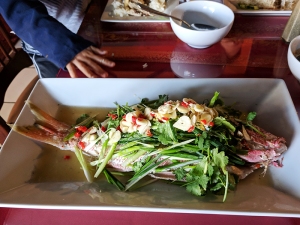 My last Twin Cities Thai outing—at Khun Nai Thai—in Minneapolis was middling at best. Some things were fine, some things were blah and some things were not very good. We’d thought we’d next return to one of our mainstays on University Avenue in St. Paul—Bangkok Thai Deli or On’s Kitchen—but I was persuaded by the comments on that review to try Thai Cafe next. Alas, an hour before we were scheduled to arrive there with friends we discovered that they were closed for a few days. On a whim we decided to go just a block up University to Thai Garden, a newer place that’s gotten some good press in the last year. The Heavy Table praised them in their Green Line Checklist, and Mecca Bos (then still with City Pages) gave it one of her more than slightly overwrought workouts. Our lunch started out looking like it was going to be in line with those reports but didn’t quite end that way.

There were eight of us: six adults and our boys. The latter were disappointed to discover that this is the rare Twin Cities Thai restaurant that does not serve chicken satay but we managed to get them something to their liking. But I’m getting ahead of myself. First, a bit on the space. As the press reports have noted, Thai Garden is situated somewhat unusually in a house. But once you go in, it’s a pretty standard issue restaurant. There’s a fair bit of Thai signifiers in the decor but nothing too over the top. The menu is large but there isn’t a whole lot on it outside the mainstream of American Thai food. There’s some Lao stuff mixed in, some stuff that seems like it might be a sop to Americans unsure about Thai food, and it ends with two pages of pho variations.

What did we order?

We asked for everything but the boys’ chicken to be made properly hot and it all brought some decent but manageable heat. Portions were reasonable: we finished all the food. For pictures of the restaurant and the food, launch the slideshow below. Scroll down for thoughts on service, price and the overall proposition. 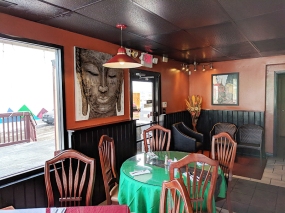 There’s a smaller room with a table for larger groups but as we were told it’s colder down there we did not sit there. 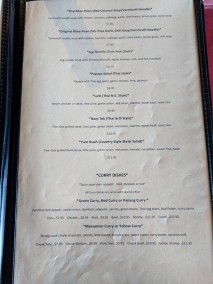 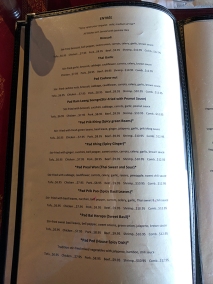 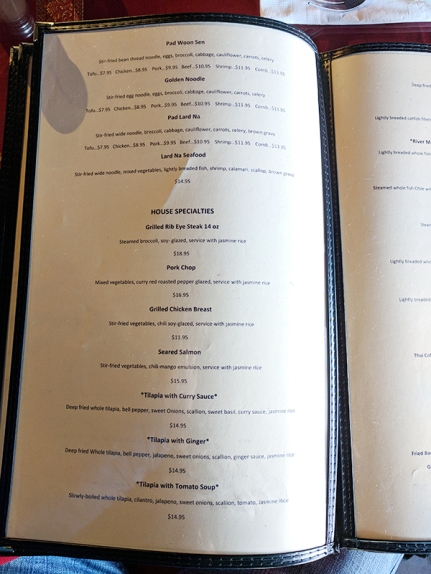 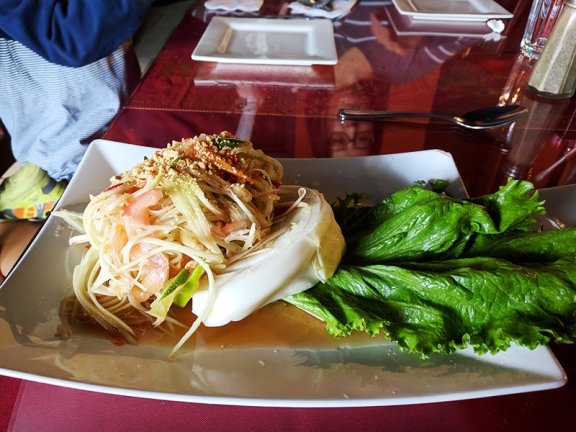 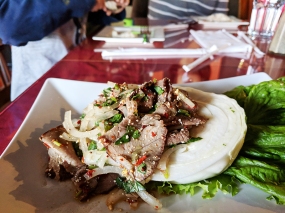 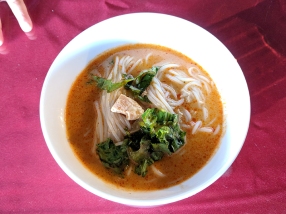 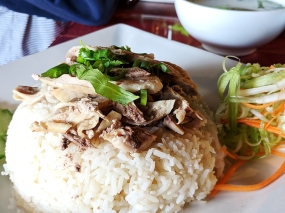 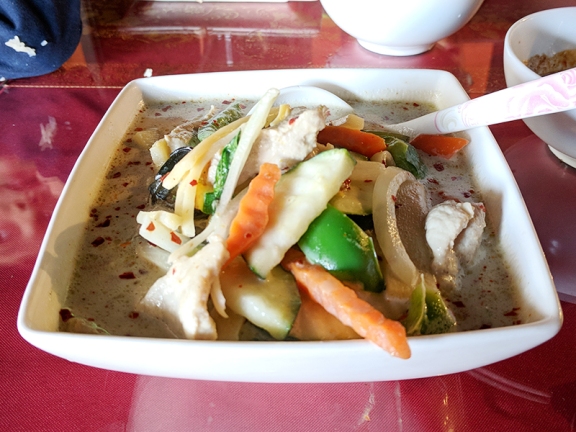 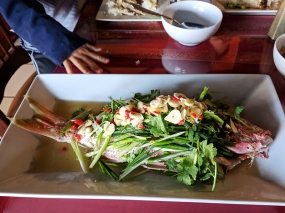 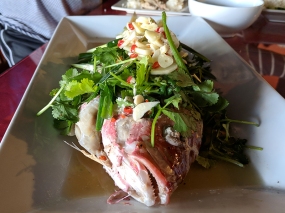 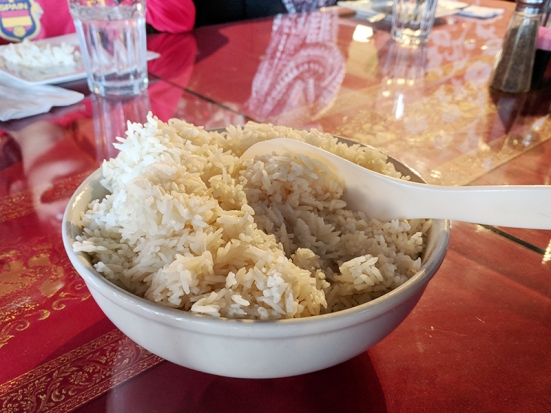 They gave us all the accompanying rice together in one bowl.

Service was attentive and solid. The restaurant was empty when we got there (at noon on a Saturday) but had begun to fill up by the time we left. The servers were all highly fluent in English—indeed, the two we interacted with most were native speakers; the chef, who came out to chat with us briefly, was also very fluent in English. I note this because this is not the impression you might get from the City Pages write-up which notes a language barrier in conversations with the chef. And the Heavy Table write-up notes that their food was served by the che/proprietorf’s grand-daughter. Now, it’s likely that there are different chefs in there at different times but the one we encountered didn’t seem old enough to be any of the servers’ grandfather. It’s possible, I suppose, that there’s been a turnover since those reports from early-mid 2016.

Well, whatever the ownership/cooking situation, Thai Garden is a solid spot. Better than any of the contenders in Minneapolis and quite good on its own terms for some things. On the whole, however, it can’t compare to On’s Kitchen or Bangkok Thai Deli. As to whether Thai Cafe is better, we hope to find out this weekend. If they’ve re-opened we’ll be descending on them with the identical crew with us. Stay tuned.

Oh yes, this came to a little less than $20/head (if you count the boys as one diner), which is pretty decent value for how much and what we ate.