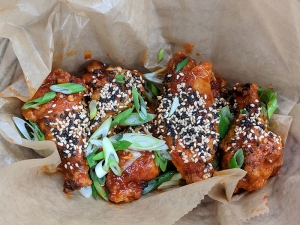 United Noodles is a Twin Cities institution. For those of you not in the Twin Cities, it is a pan-Asian grocery store that stocks a large portion of what a home cook looking to make Japanese, Chinese or Korean food at home might need—and their South Asian selection will get you by as well. From vegetables not sold at regular groceries to skin-on pork belly and fish with their heads still on, from a variety of dried mushrooms to a variety of dried chiles, United Noodles is as close as you can get to a one-stop shop for stocking a pan-Asian pantry. Of course, there are stores dedicated to Korean (Dong Yang), Vietnamese and Hmong (Shuang Hur), and South Asian (a whole bunch off Central Ave. in Northeast Minneapolis, or TBS Mart in Richfield) food but United Noodles is where you can shop for most of what you need of most of those cuisines (plus Thai). And at UniDeli, the quick service counter at the center of the store, you can grab a pretty decent lunch as well, whether you are buying anything else or no.

I am not sure exactly when the food counter at United Noodles became the current version of UniDeli, which is largely ramen-centric. I think it was three or so years ago. We’d occasionally eaten at the previous incarnation of the food counter and found it nothing special. It’s not exactly the case that UniDeli is anything so very special either but they serve up far better ramen than you might expect to find in a grocery store. The counter has undergone various aesthetic makeovers over the years as well and the current version has a bright, trendy look. The current version is also staffed almost entirely by hip young white people, which speaks to the general standing of ramen in contemporary mainstream food culture. And, of course, UniDeli also serves a number of other post-David Chang dishes: from Korean chicken wings to bo ssam.

We’ve not strayed very far off the ramen trail here, and so here is a mostly ramen-centered account of their offerings eaten on shopping trips over the last several months:

For pictures of the space and food, launch the slidehow below. Scroll down for thoughts on value and to see my requests for recommendations for other ramen options in the Cities. 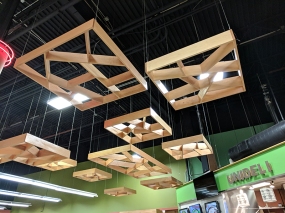 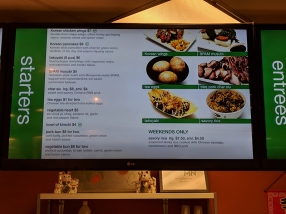 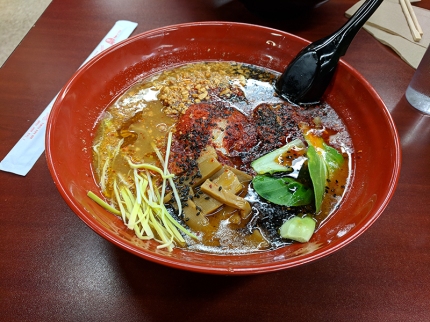 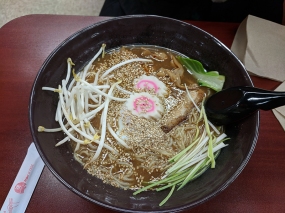 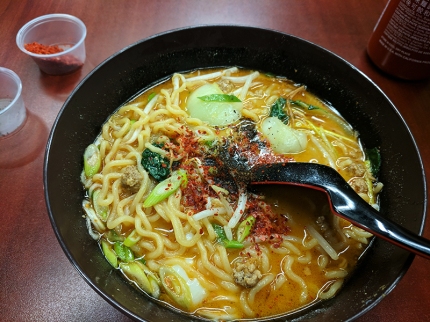 While there are only a couple of things above that we’ve eaten more than once and would recommend to others—the tantanmen and dramen—the ramen here is quite a few levels above the sorry bowls we ate at Masu in Apple Valley earlier in this never-ending winter. As to where their ramen stands in the prevailing Twin Cities hierarchy, I have no idea. I’ve not explored the ramen scene here at all. Where would you recommend we go to compare?

Oh yes, prices are not low at UniDeli; as you may be able to make out from the pictures of the menu, most of the ramens are in the $13-14 range. But portion sizes are big and especially in the winter, a bowl of noodle soup makes for a warming lunch. And indeed they seem to attract a lot of people who are not there to shop. That said, we’ve never come close to having trouble scoring a table (there’s also a counter for solo diners). If you’re thinking of going, you should also know that they close at 6 pm. Lunch or a very early dinner is what you want to do.