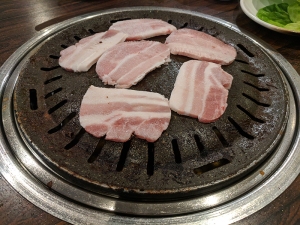 Okay, let’s take a break from Hong Kong and go back to June again. After the end of our Scotland sojourn we went down to London for ten days. For the first few days we stayed with good friends in Kingston and then moved to an AirBnB in Chelsea. While in Kingston our friends took us to a Korean restaurant in New Malden, a nearby town which is apparently one of the Korean hubs of the Greater London area—indeed, when we lived in London in 2017 New Malden is where we came from Korean groceries. We were all very interested to see what the food at Sorabol would be like. In 2017 Korean restaurants didn’t seem to be very prominent in London—I’m not sure what the Korean population in Greater London is or if our impression of the presence of Korean restaurants is accurate. At any rate, we quite liked the food at Sorabol.

It’s a nice space, not very large (but also not very small) and the menu is expansive. You can get a wide variety of meats for table-top grilling (with which the server will assist you) and they also have the full range of noodle dishes, stews and casseroles. In a bit of a departure from the Korean norm they charge for all the banchan. The missus was surprised by this and asked the proprietor if this was normal in the UK. In response he told us he wouldn’t charge us for it. They did charge us, however, for the lettuce and green onions that usually go with the grilled meat. On the other hand, their meats were fairly well-priced compared to places in Los Angeles.

What did we eat? We were four adults and our two brats. For the grill we got an order of ribeye, two orders of galbi and one order of pork belly. Our server handled the cooking of all of these. To follow up we got a big bulgogi and octopus jeongol (a large soupy casserole). The food was all quite good, if not—understandably—quite at the level of the average L.A Koreatown restaurant. For pictures of the restaurant and the food, launch the slideshow below. Scroll down for thoughts on value and to see what’s coming next. 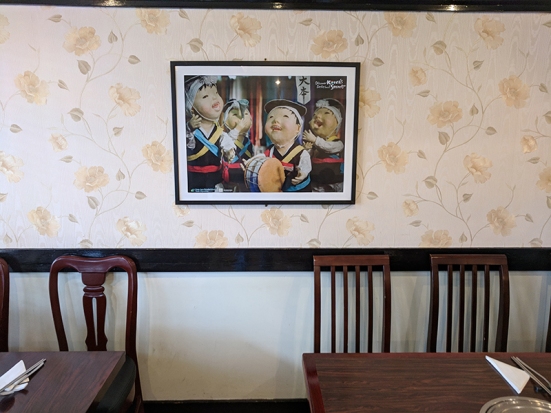 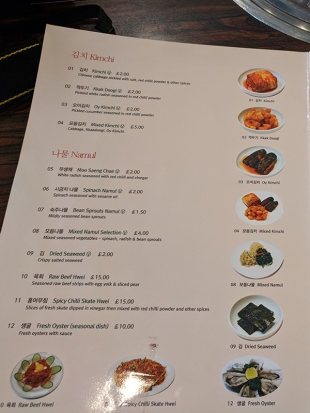 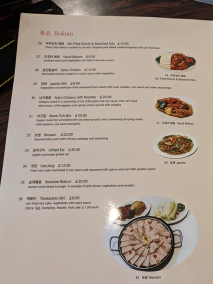 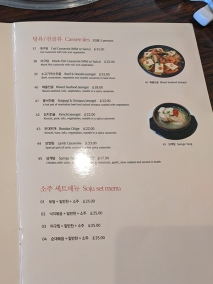 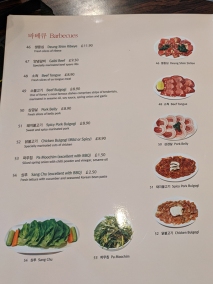 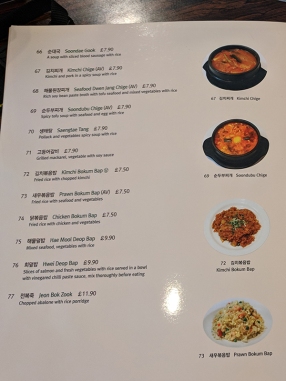 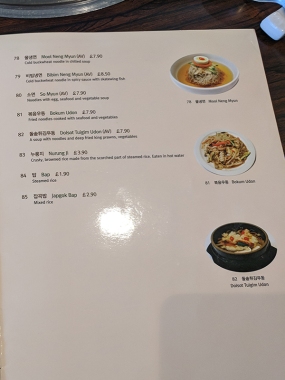 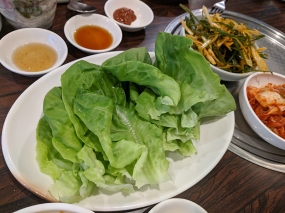 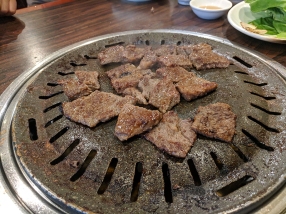 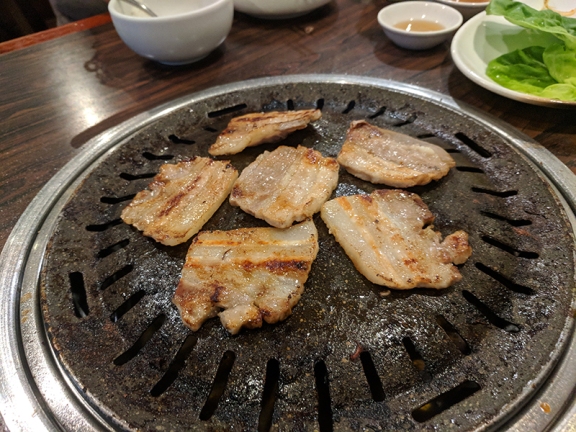 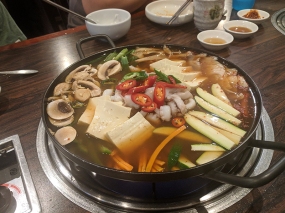 Service was attentive—then again we were there early on a weeknight and they were not terribly busy. I’ve no idea what it is like at peak hours. With service charge the bill came to just over £82. Which is pretty good for four adults and two children who eat a lot of grilled meat. I don’t know that visitors from Los Angeles, or any place in the US where Korean food is prominent, need to go out of their way to eat Korean food in the UK, but if you’re in the general area and interested, I would certainly recommend Sorabol.

Coming up next from the UK trip, I’ll have an account of a Sichuan meal in Kensington. Might do a Bombay report before that though.