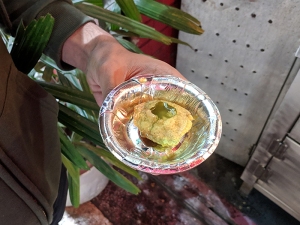 Here, finally, almost five months after I returned to the US, is my last food report from Delhi. Fittingly perhaps, it covers the two most informal meals I ate out in India on this trip and the genre of food I look forward to eating more than any other when getting off a plane in India: chaat. The last time I wrote about chaat on the blog I went on rather a lot—if you’re interested you can read that earlier post to find out a little more about the ins and outs of chaat and also for a rare autobiographical reverie on my part. I’m not sure if chaat is still something that American foodies are excited about—or if novelty in Indian cuisine in America is now being sought elsewhere—but it is never going to stop being popular in India. And it’s one of the few things that I think cannot be improved on: the essential of the chaat experience—paapdi chaat, gol gappas/paani puri, alu tikkis etc.—were perfected a long time ago and people know better than to mess with them.

That’s not to say that all chaat houses are equally good. On this trip I ate at two places in Gurgaon. The first was an outpost of the popular Bikanervala chain. It is pretty close to my sister’s place and so I make a stop on every trip. They’re still very popular but the quality seems a little lower every time I visit. The second place I’d never been to before and liked quite a bit more. I am fully willing to concede that my higher opinion of it may have been conditioned at least somewhat by the fact that it approximates the feel of how chaat is best eaten: outside and on your feet. This was at Chaat Chowk in the Galleria market—a small’ish counter with standing room outside it for 10-15 people. You order your chaat and eat it while staring at the rest of the market complex. And unlike at Bikanervala they don’t call gol gappas paani puris (gol gappa is the proper Delhi term; paani puri is a Bombay thing); and unlike at Bikanervala you don’t have to assemble your gol gappas yourself after extracting them from a sterile plastic bag. No, Chaat Chowk has a gol gappa stand with a gent standing there, assembling and passing gol gappas around to those who’ve ordered them. Their gol gappas were better as was their paapdi chaat.

For a quick look at both establishments and the few things I ate there, please launch the slideshow below. Scroll down to see how much it cost and what’s next on the docket food-wise from Los Angeles and the Twin Cities. 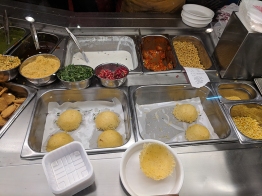 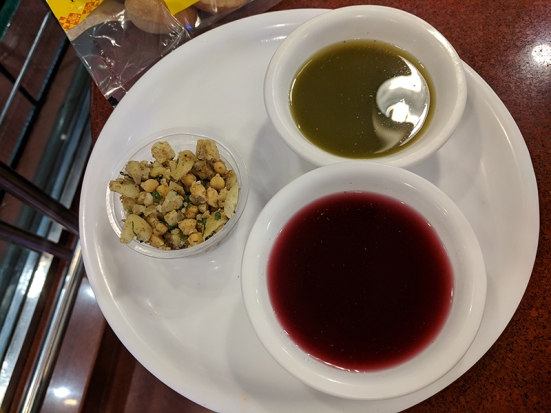 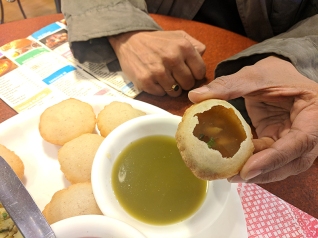 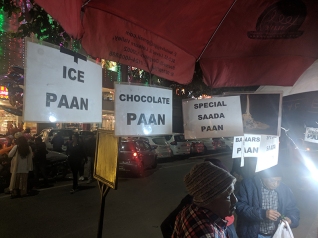 This is not in Bikanervala but at a stand by the parking lot. 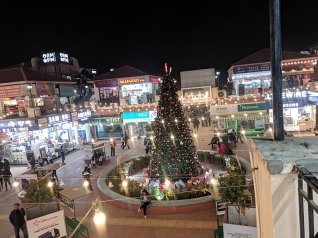 Christmas is big business in Delhi even though Christians are a small minority and even though Hindu fundamentalists are not crazy about Christians either. 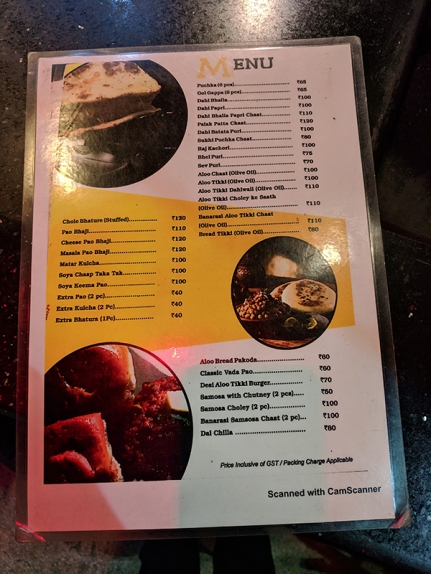 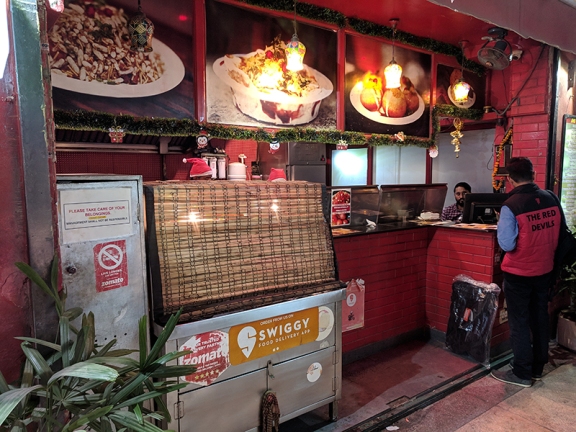 It makes me so happy to see young people gathering to eat chaat.

Alas, the Christmas kitsch extends to servers all over the city being clad in red and silly caps. 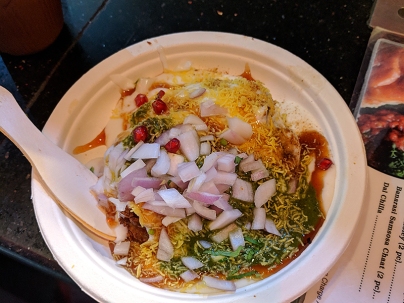 Hard to tell but there’s a nice alu tikki under there. 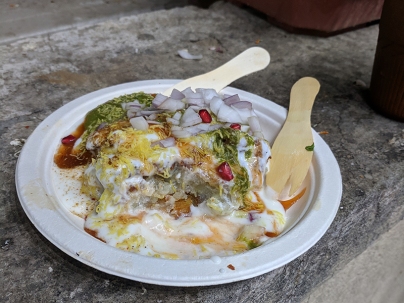 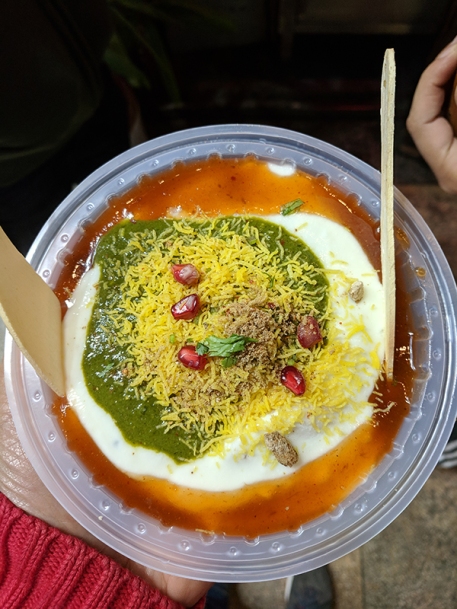 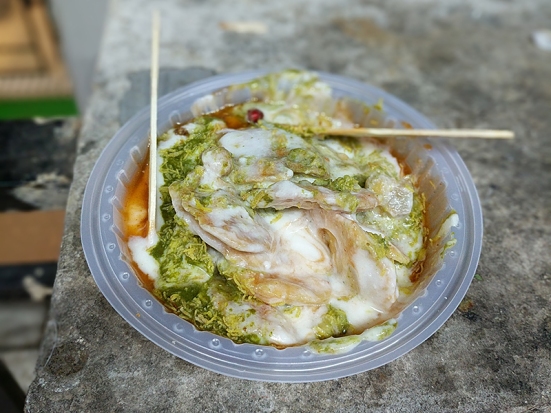 Think of it as kheer thickened with rice flour.

Yes, price. Rather trivial. I have no memory of how much we paid at any of these outings but it wouldn’t have been more than $2 or $3/head. That’s the other thing about chaat: it is perfect, it does not need to change, and it remains absolutely affordable.

Alright, I will probably be back in India in January 2020 with the family. We’ll spend some more time in Delhi but are also hoping to go to Goa for a week or so and maybe also to Calcutta. We’ll see how much of that comes to pass in another five months or so when we’ll have to finalize our plans. I do still have to finish my reviews from Los Angeles—which is where I went after Delhi; I should be able to get those done by the end of the month. I’ll have more Twin Cities reports soon too, including a few from St. Paul. And that review of Indian(-ish) is coming soon too.