My slow-motion survey of South Asian groceries in the greater Twin Cities metro area continues. And I mean slow-motion: the last entry was made more than a year ago when I reported on the then new’ish Mantra Bazaar in Apple Valley; the one before that was on Lekali Pasal, the Nepali store in Hmongtown Marketplace. Mantra Bazaar has expanded since my report—it took over the space of the adjacent business and now has a meat counter. I’m not sure if Lekali Pasal is still around at Hmongtown Marketplace—I should check but in the meantime, if you know, please write in. Today I have a report on another Indian store in the suburbs. The suburb this time is Bloomington (also home to TBS Mart) and the store is Bharat Bazaar, which has been around since the middle of 2017.

Bharat Bazaar is in fact just about 2 miles or a 7 minute drive from TBS Mart. I mention this because it’s yet more support for my conviction that the South Asian, and specifically Indian population of the Twin Cities has expanded in recent years and that much of this expansion has happened in the southern suburbs. The census will soon tell me if I’m right or wrong but it seems significant that there should be two large Indian groceries in relative proximity to each other. Compare with the situation when we first arrived in Minnesota, when we’d have to go to North Minneapolis to find a large selection of anything.

And Bharat Bazaar is a large store. In terms of square footage it may even be larger than TBS Mart, though it doesn’t use all that square footage as completely as TBS Mart does theirs—which also means their aisles feel less crowded. Nor, unlike TBS Mart again, do they carry meat or fish. Beyond that, however, the two stores are probably going to be functionally identical for most people shopping for ingredients for Indian cooking. A visit to Bharat Bazaar can be combined with a meal at Hyderabad Indian Grill—just a hop, skip and jump away (the inferior Tandoor is even closer); on the other hand, a visit to TBS Mart can be combined with a meal at Kabob’s, which I find far superior. I guess if you’re not looking for a meal before or after shopping, and you aren’t looking for goat or frozen Indian fish, which one you go to may come down to proximity/convenience.

Here is a look at what they carry; it should give you some sense of the comprehensiveness of their range. As with TBS Mart—and to a lesser extent, Mantra Bazaar—this is a store where you will be able to find most of the esoteric-sounding ingredients you might come across in my recipes or on other Indian blogs. Take a look and make a visit. 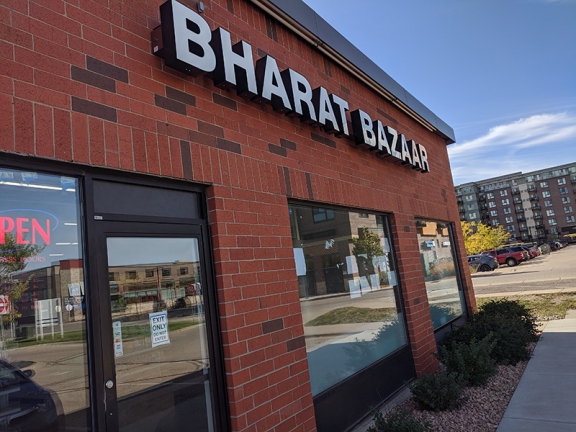 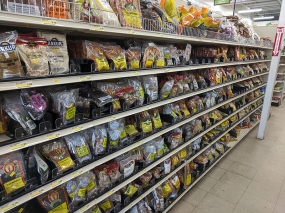 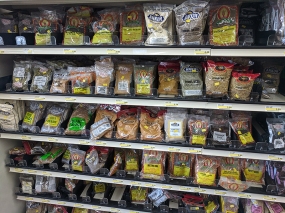 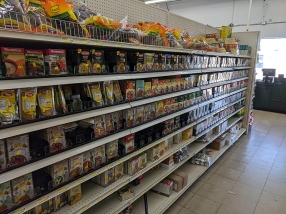 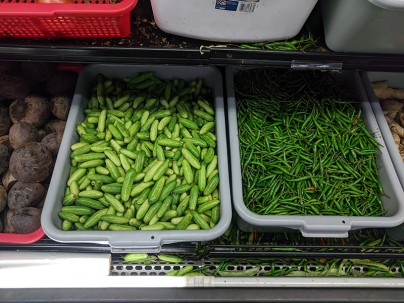 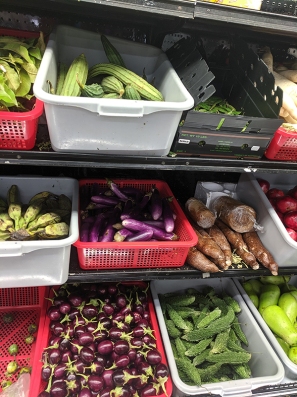 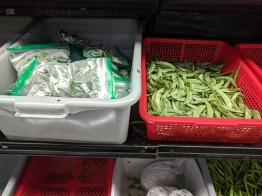 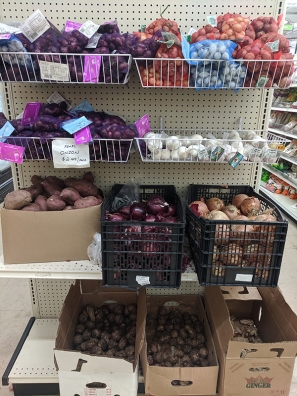 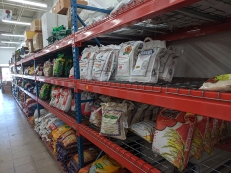 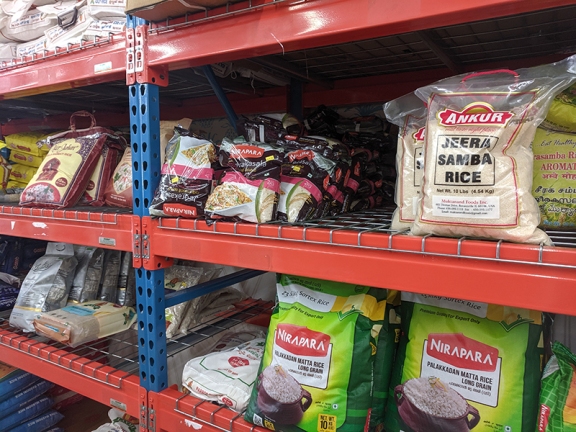 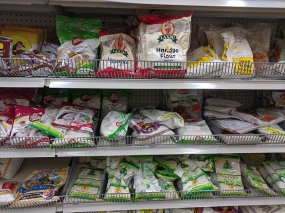 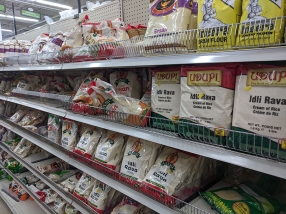 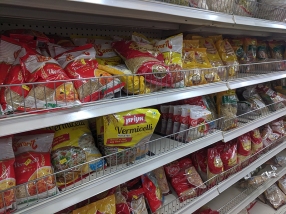 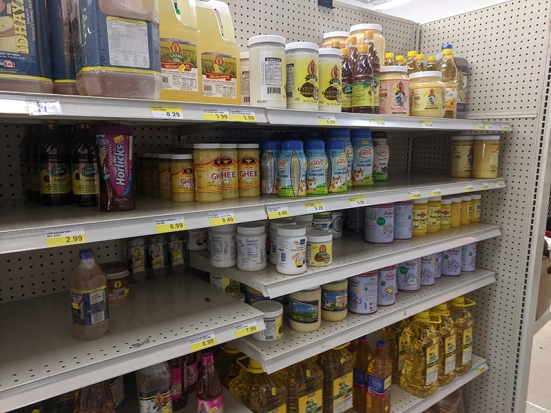 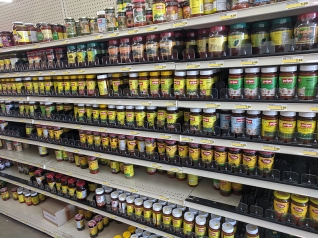 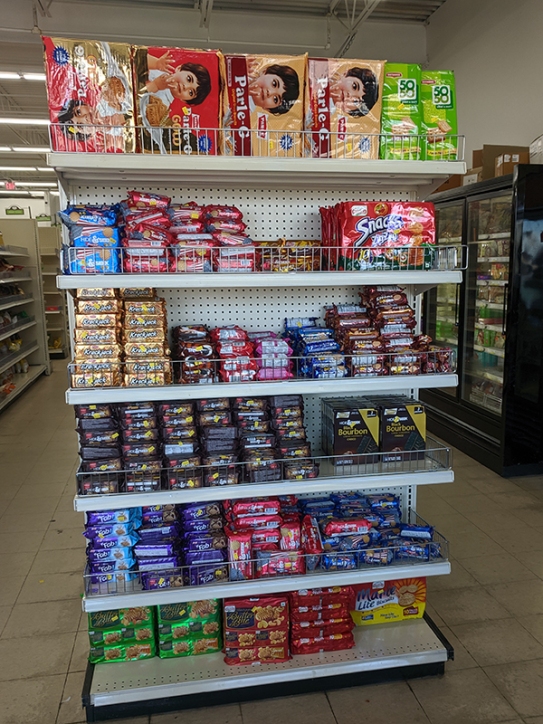 I should say that right now they seem to be having some staffing issues. I tried to stop in on Monday but they were closed, even though the posted sign indicated they should be open. I called to check and was told they had to close on Monday and Tuesday because they didn’t have anyone working. I was also told the situation should be better going forward. Still, if you’re going on a Monday or Tuesday you should probably call before you go.

But do go. It’s a good thing for us Indians to have more shopping options in the general vicinity, not to mention the pleasure of spaces that feel like they’re aimed primarily at us. But I think it’s also good for non-Indians as well to enter into spaces that de-center them and their food; where they can find not only the specific thing they’re looking for in a recipe they saw in the New York Times or wherever but also a large number of other things they’ve never heard of.

And, of course, it’s important to support immigrant businesses. More and more Indian products are showing up each year in large mainstream groceries—our Costco sells sona masoori rice and kulfi! This may seem like a sign of successful assimilation and perhaps it is. Maybe there’s space for both but I would much rather have many smaller Indian stores scattered around the Twin Cities than have a larger than previous but still abbreviated selection of Indian products show up in homogeneous mega groceries where they will always be consigned to a position of otherness.

Okay, I should have a Twin Cities restaurant report in early March. This coming week is going to be all Goa.