My last dine-in meal before the pandemic closures first hit Minnesota in March 2020 was eaten at the sushi bar at Sakura in St. Paul. That meal surprised me by being completely decent—my history with sushi in the Twin Cities, you see, has been less than inspiring (see my accounts of meals at places like Kado no Mise, Sushi Fix and Origami which have all been or are local critical darlings). It wasn’t the case that I found the sushi at Sakura to be of a very high quality but that it was all fine! Fine is good. At the time a number of people told me I needed to also get to Saji-Ya. And then the plague intervened. A year and a half later, I’ve finally made it there. We had a family dinner on their patio last Saturday and once again the experience was far better than I’d feared it would be. I know this sounds like damning with very faint praise but we enjoyed the meal on the whole.

Though it has taken us 14 years since arriving in Minnesota to eat there, Saji-Ya has been around for more than 40 years at this point. No longer under the original ownership, the restaurant is nonetheless something of a local institution in St. Paul. It’s a large restaurant inside and out. We sat outside on the smaller of two patios—the larger one upstairs is not currently open. There are five tables on the smaller patio, nicely spaced, and even though it’s adjacent to the parking lot it’s got a nice feel to it. Tables inside seem reasonably spaced as well. I’m not sure if they have an active sushi bar in normal times but on this occasion at least it didn’t look like there were any seats there.

The patio cannot be reserved and when I called to ask I was told customers some times show up before they open at 5 pm and grab tables. Accordingly, we showed up at 4.45 and of course we were the only ones there. It wasn’t till 6.15, when we were getting ready to leave, that all the patio tables were occupied. There did seem to be a steady influx of people dining indoors, however, and they were also clearly doing a very brisk curbside pickup business.

Well, what did we get?

The younger boy did not want to eat sushi and so from the small plates section of the menu we got him an order of teriyaki chicken skewers and chicken katsu. He liked the katsu fine and really liked the skewers. He and I also got bowls of miso soup which we quite enjoyed.

The older boy regrettably has developed a taste for sushi and so we ordered a fair bit of nigiri. To start, one order/2 pcs each of the ama ebi (raw sweet shrimp), hotate (scallop), ebi (cooked shrimp), albacore, sake (salmon), ikura (salmon roe), inari (sweet tofu skin), maguro (yellowfin tuna), saba (mackerel) and tamago (egg custard); plus 2 orders of the hamachi (yellowtail), which the boy really likes. Of the fish the salmon, yellowtail and tuna were quite good. The scallop and the ama ebi were just okay as was the albacore (which was served not dressed in any way; indeed nothing was dressed in any way). The ikura and saba, on the other hand, were disappointing—both seeming more than a little tired (the roe was mostly deflated and not at all briny and the mackerel was on the dry side).

The missus also got an order of the una cu—inside out rolls with eel and cucumber. She pronounced them as being very low on actual eel content and on the eel sauce. The older boy got another order of cooked shrimp and I tried a hand roll with yellowtail which was unobjectionable. They had no special sushi that night, by the way—which is understandable given the vagaries of the pandemic. On the other hand the only thing listed on the menu that they did not have was the uni (which is far preferable to serving sub-par uni). If we’d wanted to there were another 8-9 types of nigiri we could have sampled.

For a look at the restaurant and the food we ate, launch the very excessive slideshow below. Scroll down for thoughts on the meal as a whole, to see how much it cost and to see what’s coming next. 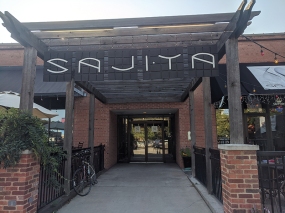 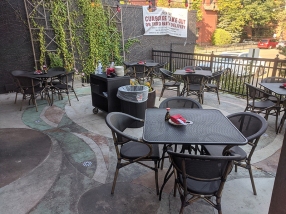 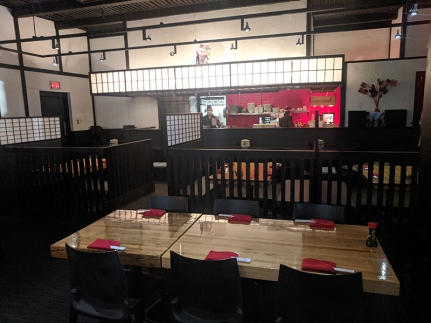 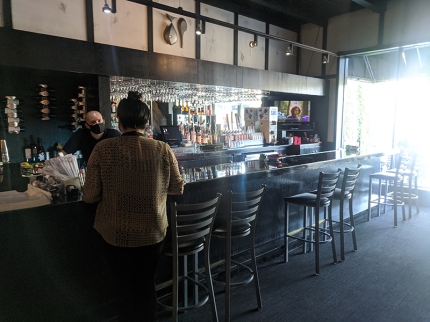 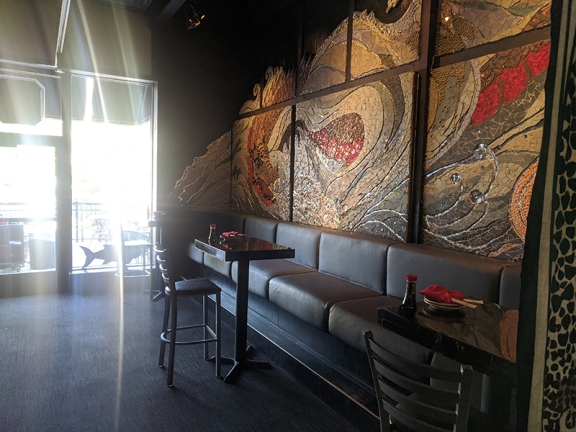 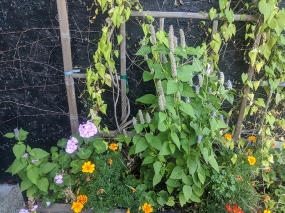 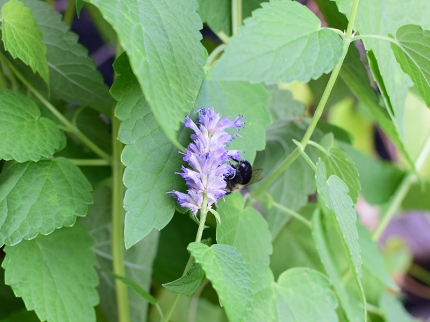 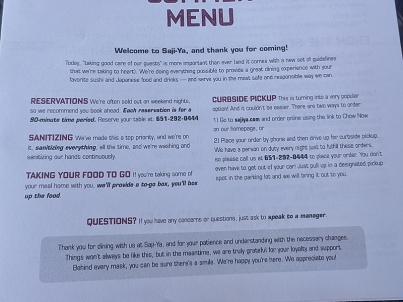 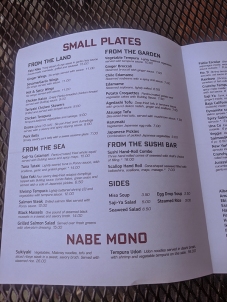 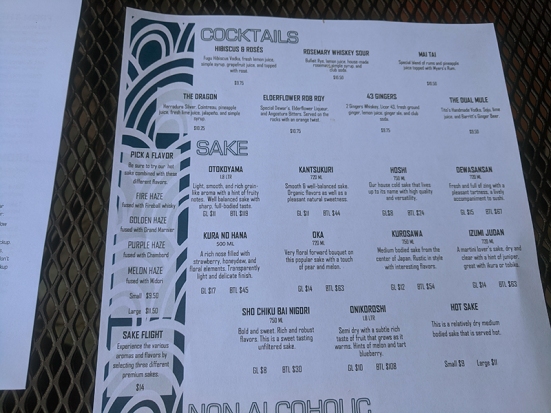 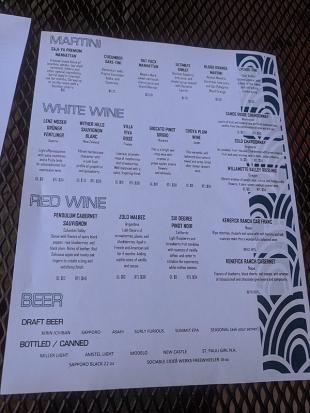 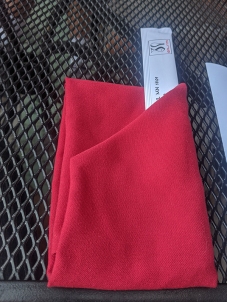 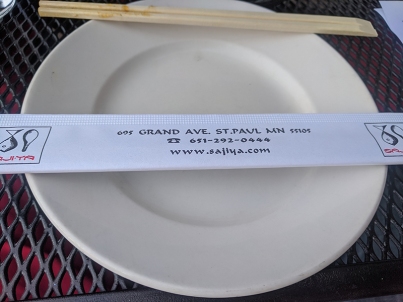 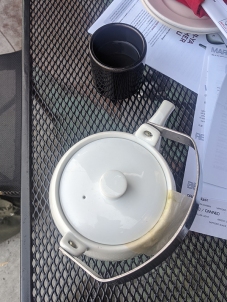 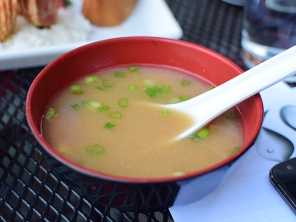 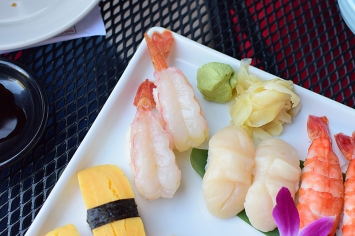 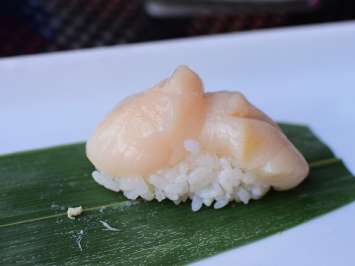 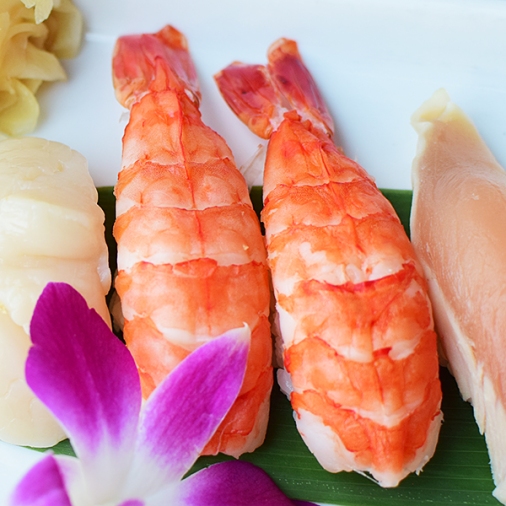 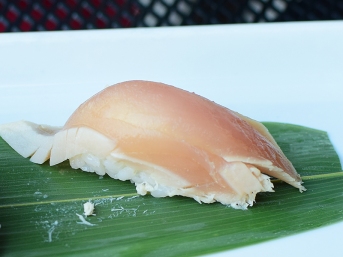 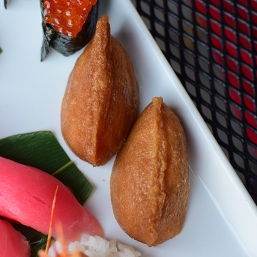 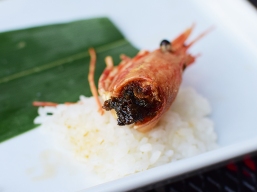 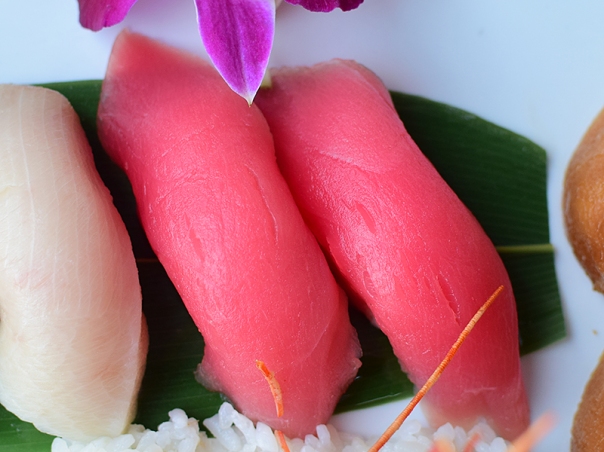 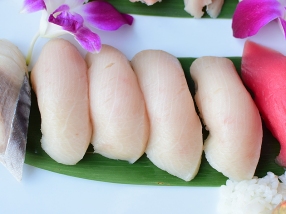 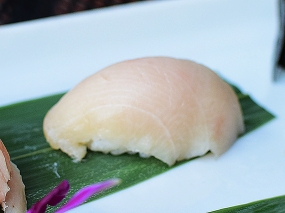 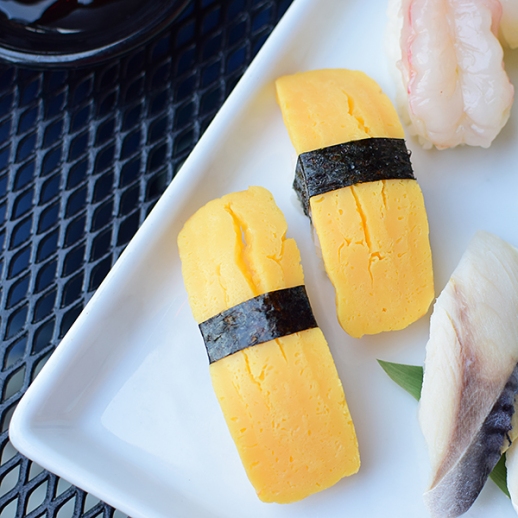 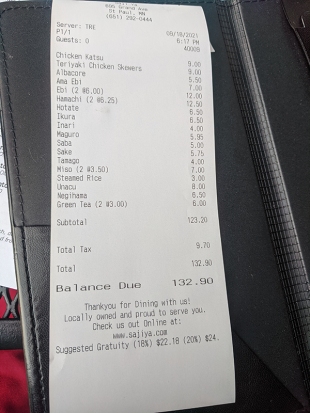 My descriptions above of the sushi may not seem very enthusiastic but this was, as I said, a good meal on the whole. A few pieces were well above average and nothing was actively bad. That may not seem like high praise but believe me, that’s a lot better than some of our experiences with sushi in Minnesota. Indeed, we would be happy to eat here again.

Price? With tax and tip the whole came to just under $160. On the one hand, that is more than we paid at lunch a week ago at Mañana at a meal for 8 people and food we liked even more; on the other hand, there’s no avoiding a premium for sushi, even if it’s not of remarkable quality. And if there are other sushi restaurants in the area you’d recommend highly please write in below. Also, what’s the word on Dixie’s, the Southern restaurant that is next to Saji-Ya? (Are the two restaurants linked ownership-wise or am I extrapolating too much from the shared restrooms?)

Alright, next up on the food front will be a report on another sushi meal, this time in Madison. Next week’s Twin Cities report will be either more Japanese food (though not sushi) or Mexican. Let’s see how the plans shape up.