It took till February but we finally made it to the Twin Cities for a meal in 2022. My first Minnesota report for the year was of Mexican lunch from a favourite in our town, El Triunfo. The next weekend I ventured a bit further north to Burnsville to pick up Indian food from India Palace. This past weekend we finally made it up to St. Paul for a Thai meal. The original plan had been to go back to Basil Cafe, whose food we quite enjoyed last spring. But they didn’t seem to be open: Google showed them closed all week except on Tuesday and I couldn’t raise them on the phone either. I hope this is a temporary situation. Well, it was with no reluctance or disappointment at all that we fell back on On’s Kitchen instead. We thought about eating in but in the end it was takeout again. This time, however, we didn’t bring the food back to our place, driving instead only a few minutes to the home of friends who often join us on our Twin Cities outings. Here’s how it went.

As you may know—or remember from my first pandemic takeout report from On’s Kitchen in 2020—On herself retired from the restaurant in early 2019. This may have explained our less than stellar meal there in late 2019 but our takeout meals in 2020 and again in 2021 suggested the kitchen had regained its footing. As to whether that’s because On took a renewed interest in the operations or new chefs showed up, I don’t know. What I do know is that this meal did not let us down.

And we got to try a favourite Northern Thai dish that I don’t recall having seen at On’s before: khao soi. I may just have missed it on our last few outings but it is now the last item in the “Today’s Special” section of the menu—this is separate from the old “On’s Specials” section in which reside the whole fish dishes etc. It is entirely possible that I have not been observant over the last few takeout visits—if you know when it appeared on the menu, do write in below (I see from my 2019 report that it was not on the menu then). At any rate, I hope it will stick around as we rather enjoyed it.

What else did we get? The boys predictably started with the chicken satay (their favourite in the Cities); they went on to the khao mun gai—steamed chicken over rice with ginger etc. Both were very good. The adults started with the sour sausage—these were fried to a far greater crisp than we’re used to here or anywhere else but were quite tasty anyway. Two salads to follow: the always excellent mango salad and the nam thok kor moo yang (the kor moo yang part refers to the source of the meat: pork neck). Tom yum with seafood for the soup. All very good indeed. Also very good was the aforementioned khao soi and the green curry—made as per my request (“no sweetness and extra thick”). The last dish on the table was mango chicken. I found this a bit too cloying but it was enjoyed by the person who requested it. Rice, sticky and otherwise, was used to mop most things up with.

Oh, a note about ordering. I called our order in but used the online ordering form to construct the order before calling. Doing this I noticed that they have multiple “Thai Hot” settings. If you ask for things to be made just “Thai Hot” you’re actually going to receive the third hottest setting. For more heat still you need to ask for either “Thai Hot++” or “Thai Hot+++”. We got the dishes that should be hot at “Thai Hot++” and they packed a good punch—especially the tom yum. Next time I will knock some of the salads up to “Thai Hot+++” and see how that goes.

For a look at the restaurant, the menu and what we ate, launch the slideshow below. Scroll down to see what the meal cost and to see what’s coming next. 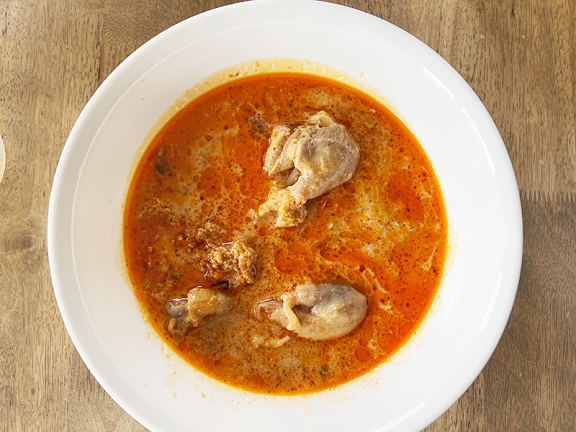 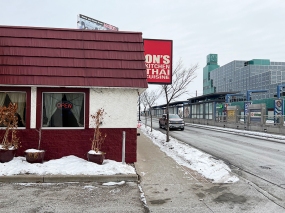 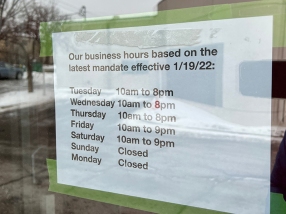 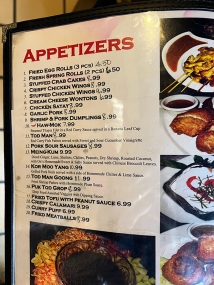 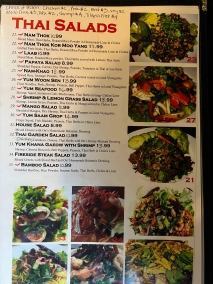 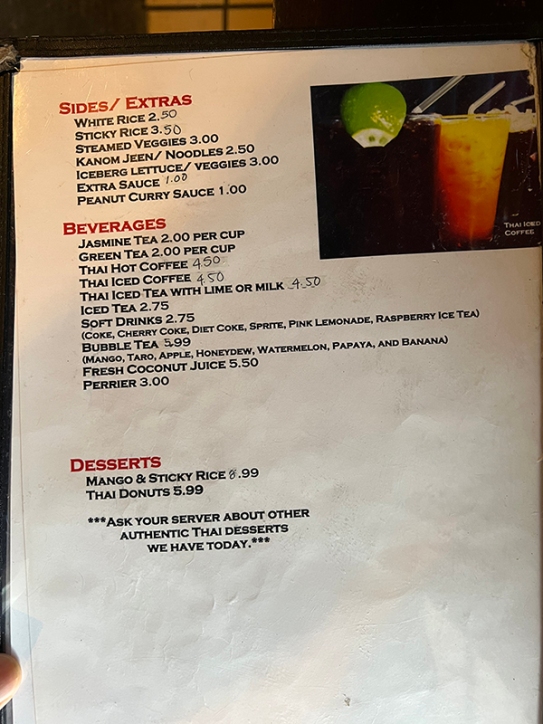 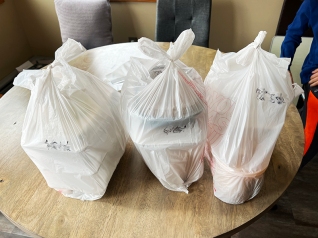 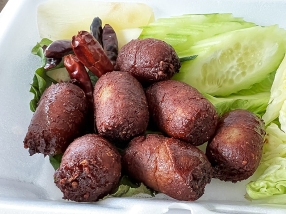 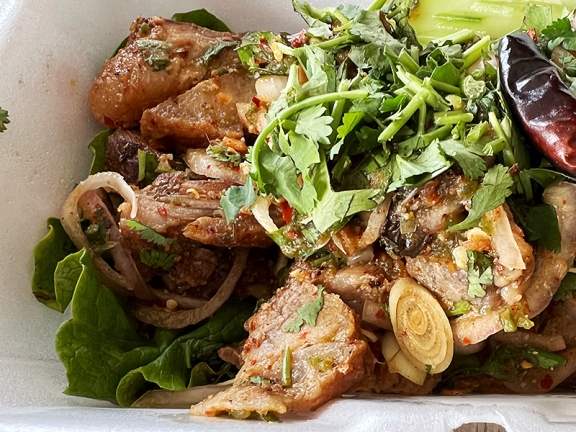 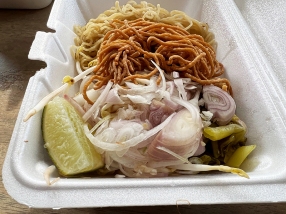 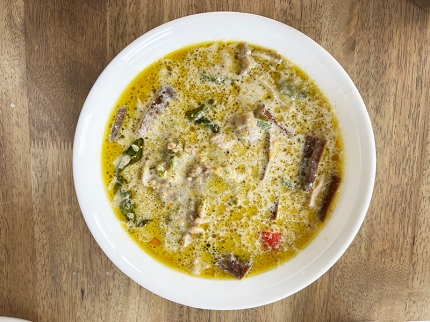 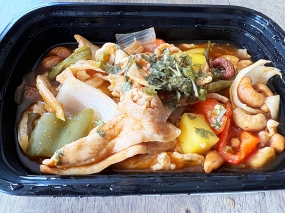 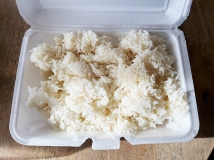 Price? With tax and tip it came to a little less than $150. Counting the kids as one adult, we were the equivalent of five adults at the meal and generated enough leftovers for another three adults. So roughly $18/head, which is very good for the quantity and quality. Highly recommend and particularly highly recommend the khao soi.

Up next on the restaurant front: my last report from our Los Angeles trip. That’ll be posted this weekend. I’m not sure what this weekend’s takeout plans will be—perhaps more Indian, perhaps Grand Szechuan. Let’s see.

2 thoughts on “Pandemic Takeout 74: On’s Kitchen in the New Year”