Homi has been around on University Avenue in St. Paul for seven years now. Friends who work and live in the area had been telling me about it for some time now but somehow we didn’t get around to eating there until earlier this summer. This is largely because we are creatures of habit—when food shopping in St. Paul we’d eat at On’s Kitchen or Bangkok Thai Deli; our Mexican eating would happen on the way to and back food shopping in north Minneapolis—at Los Ocampo or Maya or, for a brief, glorious period, at La Huasteca. After the demise of the original version of La Huasteca, however, we were in need of a place that would fill the soulful hole in our Mexican food world (neither Los Ocampo and Maya quite fit that description). And so we finally ended up at Homi. And while I am not quite ready to say that it has helped me come to terms with the disappearance of Jose Gonzalez’s birria and barbacoa (and much else), I will say that Homi comes pretty close.

This report is taken from about six different meals eaten over the course of the summer—they have a very large menu and I wanted to sample more of it before writing them up, both for my own sake and also because I wanted to be able to offer more of a guide to it to people who have not yet been. The restaurant is named, by the way, for the owners, Hortencia and Miguel, and they serve a pan-Mexican menu. We have not by any means eaten most of that menu so if you are someone who has eaten there a lot, please let me know if there are particular standouts that we have missed.

For those who have not yet been: you should know that while Homi is a sit-down restaurant with table service you should not expect much by way of frills; nor should you expect prompt service. This partly because the food is mostly made to order, and partly because the main server spends a lot of time helping out in the kitchen as well. What I am saying is you shouldn’t go there hoping to eat a meal in a hurry. You should go there if you want to eat good food though.

When you sit down you will be given a basket of chips with some salsa. This salsa is usually red but they also make a very good green salsa that you can ask for instead—both have a nice, subtle burn. You will also be asked if you want some guacamole; the correct answer is “yes”—this is good guacamole. All of this will happen pretty fast (relatively speaking); after that you’ll have to wait a bit. But that’s okay because you’ll need some time to go through the menu. Yes, they have tacos and tamales and burritos and empanadas and enchiladas but they also have a whole lot of other stuff that you’ll want to think about—helpfully, they have a picture menu at the back as well so you can see what some of the less familiar items look like. Or you can just go by my descriptions of the things we’ve eaten there so far:

They also have a kids’ menu with Mexican and non-Mexican items on it. This is a godsend if you have picky kids; on the other hand, while ours aren’t so very picky it’s hard to get them to consider anything else if corndogs and chicken tenders and fries are possible—so a bit of a mixed blessing.

You can wash all this down with a selection of Jarritos or with their horchata, which is pretty good.

Eat there before President Trump builds a wall around it. 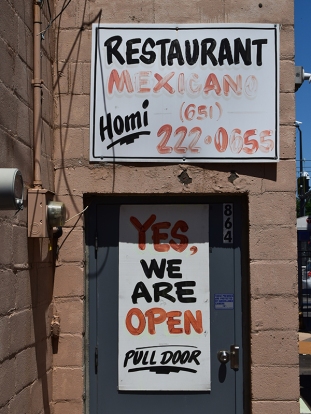 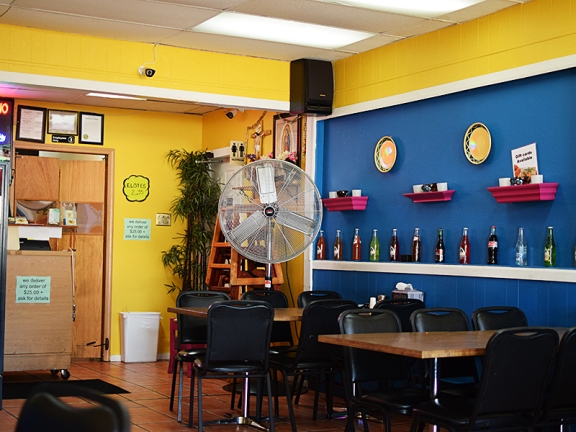 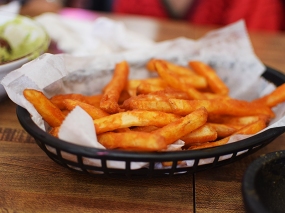 There’s a very mild chilli powder on these. 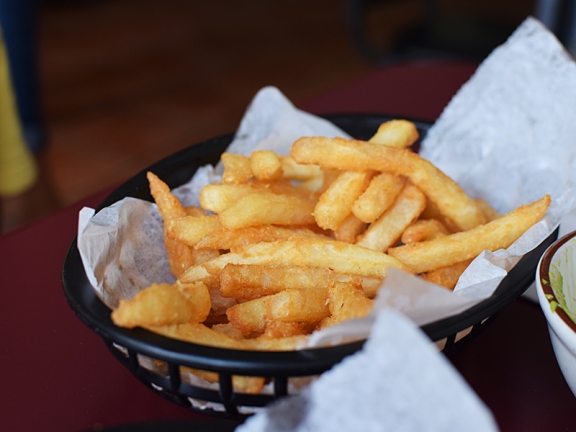 These were devoid of redness. 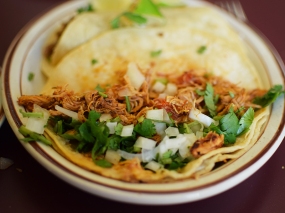 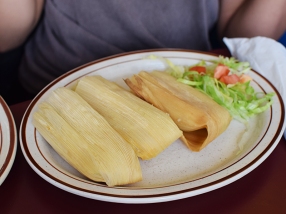 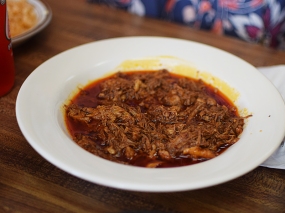 Shows up with the toppings on the side. 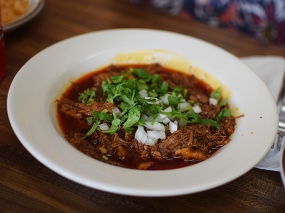 It’s a bit oily and more than a bit good. 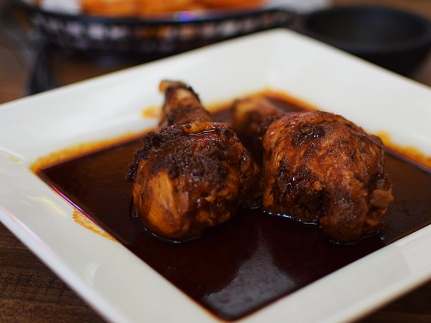 Shell and head-on and devilishly hot. 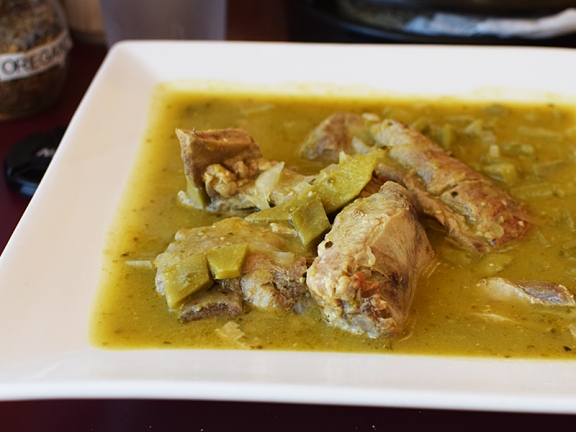 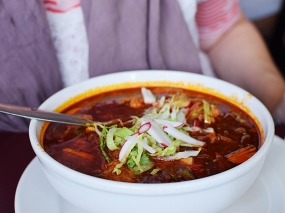 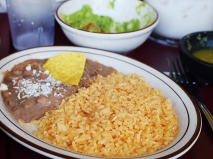 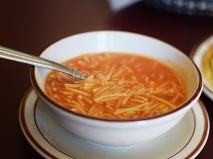 A bit blah in my opinion. Your mileage may vary.

What else is there to say? Oh yes, there’s some parking in the rear, in a very tight lot, and you can enter the restaurant from the rear as well—street parking on Victoria is not hard to find either. If you’re a local you also have take-out and delivery options. As for price, it’s not the cheapest Mexican food in town (though it’s not expensive either) but you’re not going to mind paying what you will for the quality of food you will get. So, if you haven’t gone, go and support a very good family-run restaurant that offers soulful takes on classic Mexican dishes. They’re good people who care about the food they’re serving and they could use the support.