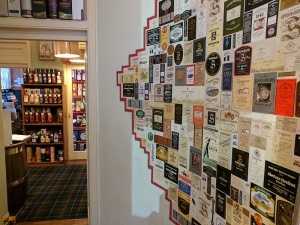 In addition to being lazy, I am a liar. I’d said that my write-up of Berry Bros. & Rudd was going to be my last post on London whisky stores and that I would not be going to Cadenhead’s on this trip and now here I am with a report on Cadenhead’s after all. Why did I say that I was not going to go to Cadenhead’s on this trip? Well, when I visited the store last August I was charmed by the store itself but not terribly taken by the customer service I received. The one person on duty that afternoon was stand-offish—I said at the time that his demeanour suggested he’d have been fine with nobody entering the shop that afternoon—and not terribly helpful when asked specific questions about bottles I was interested in. So why did I end up going to Cadenhead’s again anyway? Well, we went to dim sum with friends at Royal China in Marylebone and it turned out to be all but right next to Cadenhead’s. And as I was going in a different direction from the missus and the kids after lunch, and as I had 30 minutes to spare, I decided to pop into Cadenhead’s again. I know this has been a terribly fascinating history of this crucial decision. I am happy to tell you, however, that my experience on this visit was much better.

The shop remains as quaint as ever and has the most character of any of the stores I’ve yet visited in the UK. On the plus side is the charm. On the minus side is the fact that it doesn’t take very many people to make it feel cramped (more than two really at any part of the shop feels a bit like a crowd—it also means that the salesperson is literally always at your elbow. Still, I really like it: it feels like you’re in someone’s house (if they’d decorated it only with whisky bottles, as everyone should).

The outer room is dedicated to single malt Scotch whisky. They carry a range of the most popular official releases from across Scotland but the emphasis is firmly on Cadenhead’s own releases and on Springbank among the OBs (in case you didn’t know, Cadenhead’s is owned by Springbank). Correct me if I’m wrong, but I don’t believe I saw any other independent bottlers’ releases outside of a handful of Gordon & MacPhails. You can find a host of bottles from current and recent out-turns off the Small Batch, Single Cask and Authentic Collection lines, and the prices are quite reasonable—25 yo whiskies from lower-tier distilleries for less than £100, for example. You can also purchase minis that are priced by age tiers and 20 cl bottles of their Cask Ends series and the mainline Springbank malts. The inner room houses grain whiskies, whiskies from the rest of the world and rums. They didn’t have much, if anything, by way of brandy when I visited.

In between the two rooms are the steps down to their tasting room where they host a number of tasting events that are apparently quite popular. Unfortunately, unlike at Berry Bros. & Rudd, they don’t seem to be set up to let you taste whisky on the way to purchasing it—at any rate, when I asked if it was possible to get tastes of a few bottles I was interested in they said they didn’t have anything open. That’s too bad as even a 5 ml taste of a few might have been all the confirmation I needed to pull the trigger (such were a 25 yo Glen Moray, a 21 yo Glen Elgin and a 28 yo Glenfarclas). These days I’m too wary to go just by official tasting notes. And while the salesperson on this visit was far more outgoing than the gent I encountered last summer, when asked for guidance all he would proffer were were the notes on the back labels of the bottles. 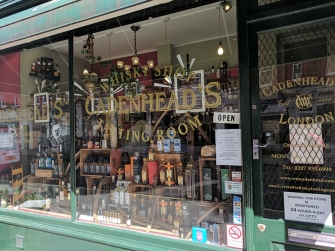 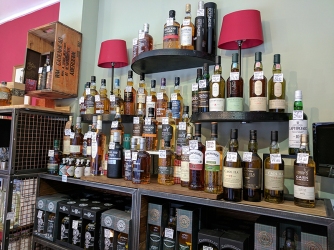 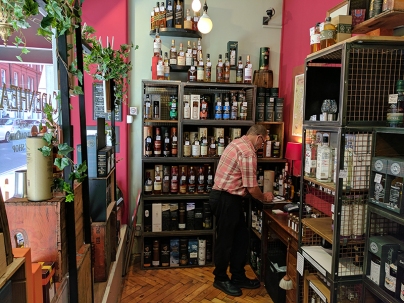 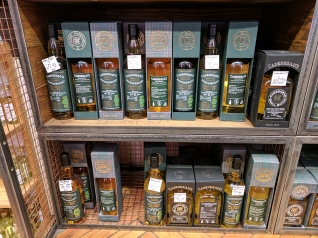 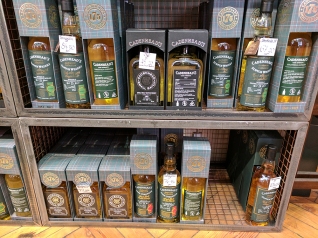 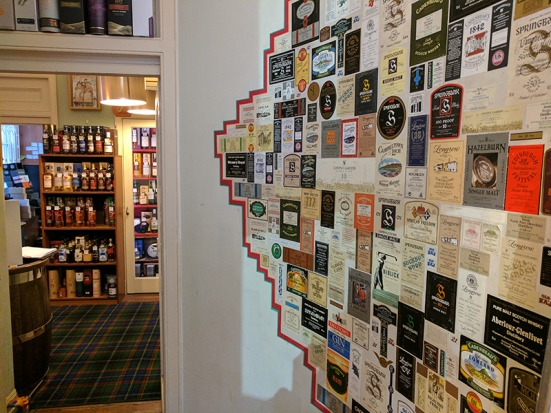 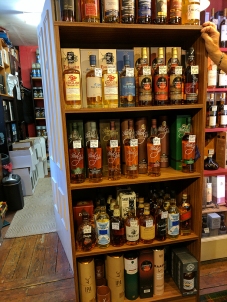 All I purchased on this outing were a few 50 ml minis of Authentic Collection releases, and I’ll be reviewing them in the next month or so. Alas, only one of them is of a bottle that is still in stock. Chances are good, however, that I’ll probably go back and get one or two of the bottles that caught my eye on this outing—especially as it seems as the new Berry Bros. & Rudd out-turn might not arrive before I leave London. If anyone has direct experience of the bottles I mentioned above (or anything else pictured) please write in below.