This review is intended partly as a continuing counter to any impression my reviews of Indian restaurants in London might give to people who’ve not visited that most Indian places in London are either Michelin-bait or trendy “small plates” spots (see also Punjab, Lahore Kebab House and Tayyabs). Ajanta, on Goldhawk Road in Shepherd’s Bush, has no pretensions (it also does not have the history of the three aforementioned spots). But it’s only partly intended as a counter to false impressions. I was genuinely curious about the quality of food at unheralded Indian spots in the UK and I was always happy if anyone I was dining out with wanted to stop somewhere for a quick curry. This was the case in mid-May as a friend and I left a performance of Guards at the Taj at the Bush Theatre, and Ajanta was close at hand.

I’m not going to pretend to have unearthed a diamond in the rough here. It’s a perfectly ordinary curry house that serves the British Indian curry house all-stars and does so without embarrassment. The decor and ambience are similarly standard-issue. As neither my friend nor I wanted to take much of this food home, we ordered with more restraint than is usual for me.

See below for not very good pictures of the restaurant and the food. Scroll down for the overall assessment etc. 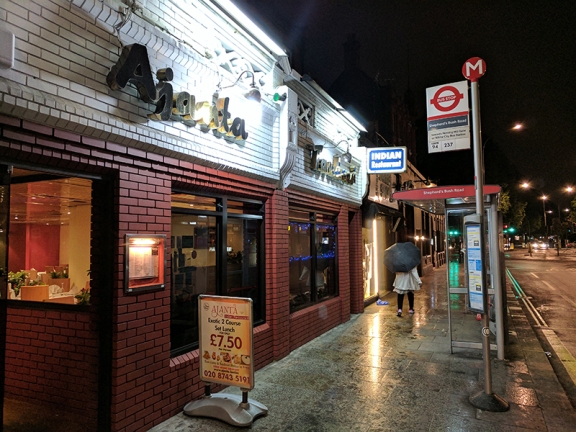 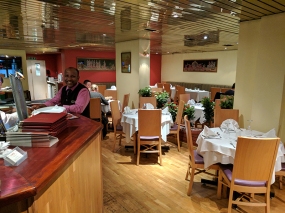 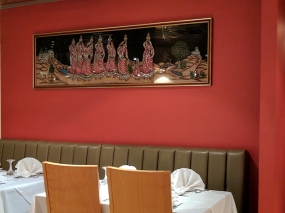 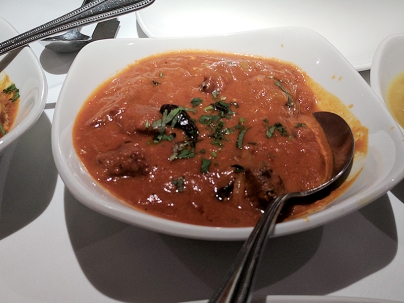 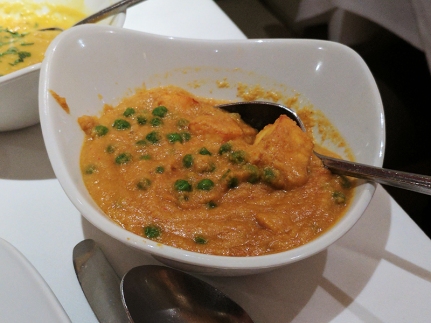 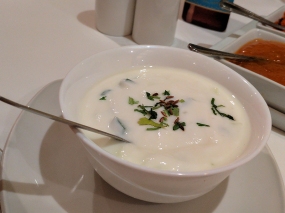 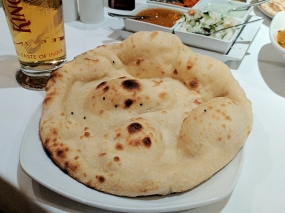 This is not the kind of restaurant with which you can advance the claim for the clear superiority of Indian food in the UK over that in the US. Nonetheless, there were things here that were far superior to than the versions at Ajanta’s equivalents in the US (the kababs and dal and raita). Service was friendly in the slightly ridiculous formal way that is not unusual in curry houses in London. With a few beers this came to £51 before tip. I wouldn’t go out of my way to eat here again in London but it’s fine for what it is.

Next week on the food front: a Peruvian restaurant and the first of a few reports on eating in Scotland. Later I’ll have reports on a few more London curry houses!