As I’ve noted before, of all (relatively) recently arrived immigrant cuisines, Vietnamese may be the most friendly to the stereotypical Midwestern palate. This is particularly true of pho-centered restaurants—which is pretty much what all Vietnamese restaurants in Minnesota are. Mild broth, rice noodles, lots of meat: it’s no surprise that Minnesotans have taken to pho in a big way—especially given our bastard winters. And in recent years, as new housing developments have popped up along Hwy 77/Cedar Avenue between where we live in the hamlets of Rice County and south Minneapolis, Vietnamese restaurants have also popped up to help feed them. I have already reviewed Pho Everest in Lakeville. Here now is a report on several meals eaten over the last few months at Apple Valley’s Simplee Pho.

Simplee Pho opened a year or so ago in a small strip on Galaxie, right behind the large complex off Cedar that has the Target and Best Buy in it. It’s a small restaurant in a large space; the kitchen is many times bigger than the front of the house: the owner tells me the previous occupants ran a catering business out of it. As such, they’re always busy, and they also have do brisk take-out business (I believe delivery is only offered in the evenings). The owners previously operated a restaurant of the same name in Ontario, California, and on a jar behind the cashier you can see the messages of farewell their previous clientele sent them off with. It’s not hard to believe they were a popular restaurant in their previous incarnation. The food is good and the staff are very warm and friendly.

The menu has two parts. The smaller part lists Vietnamese dishes: mostly pho and rice noodle dishes. The other side has a larger selection of ye olde Chinese-American classics. As far as I have been able to tell, most people seem to be ordering pho, but it’s probably a good business decision to hedge their bets with lo mein and General Tso’s chicken. I have not ordered from this side of the menu but I can tell you that their Vietnamese offerings are pretty solid. These include a couple of special dishes that are not listed on the printed menu but on the screens on a wall that serve as their picture menu.

So far I have eaten various iterations of their pho, of which only the chicken version was disappointing: it seemed to be strips of slightly overcooked chicken breast in a not very intense broth. The beef versions, on the other hand, have all been very solid. Better still is their bun bo hue, which is flavourful despite not being particularly spicy. The kids likewise enjoy their grilled chicken and pork rice plates.

Of the two specials, the bo luc lac or “shaking beef” is very good indeed: cubes of beef, redolent of garlic and soy sauce, wok-seared with onions and served with cucumber over rice. (It’s called “shaking beef” not because the meat quivers on your plate but because the wok is shaken a lot while cooking.) The bo xao khoai tay or “beef with potatoes’ is also quite tasty but was not what I was expecting. I’d imagined beef braised with potatoes but what showed instead was another plate of stir-fried beef (sliced this time), topped with a lot of freshly-fried, house-made potato chips—the failure, of course, is of my imagination. This is a dish better shared, in my opinion, than eaten by one person.

For pictures of the restaurant and the food, please launch the slideshow below. Scroll down for thoughts on price, value etc. 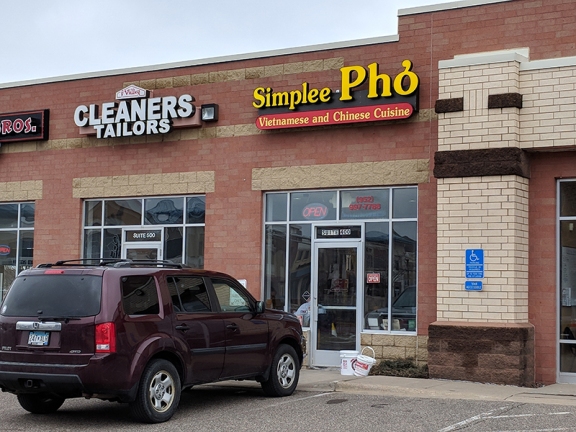 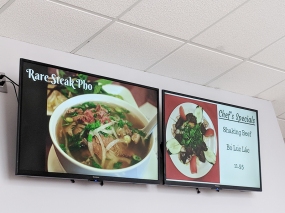 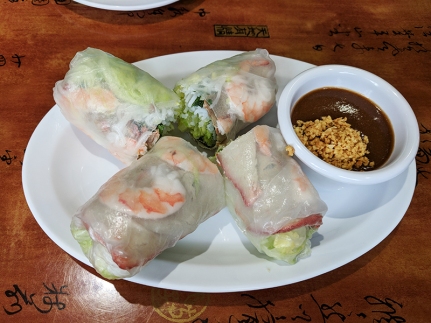 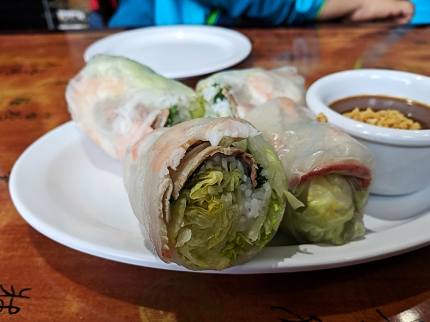 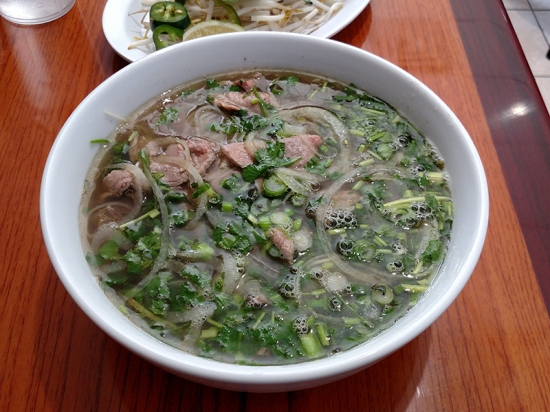 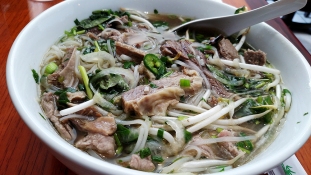 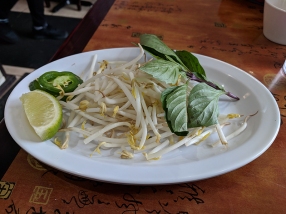 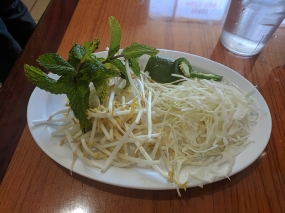 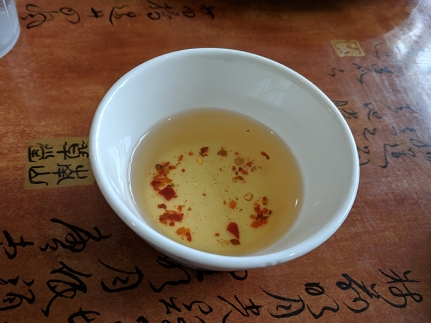 The prices, as you can see from the pictures of the menu, are very reasonable. And portions are large, if not immoderately so. It’s very good value indeed. And the service is very warm and friendly. I’m happy to see that they’ve been embraced by the neighourhood: they do a steady business at lunch, with the room emptying and filling up regularly. And they tell me they’re even busier at dinner. They’re now my mainstay for noodle soup between us and the Cities. I’m hopeful that with time they’ll add some more Vietnamese dishes to the menu.

At any rate, I’d recommend them highly to anyone looking for a quick and tasty meal in the area.