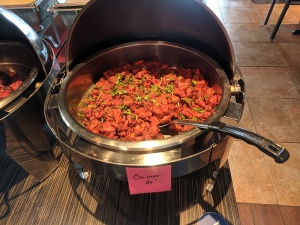 Another week, another Indian lunch buffet in Bloomington. I’ve been meaning to check out Hyderabad Indian Grill* in Bloomington since trying some of their food at India Fest, 2018 at the St. Paul Capitol last August (the next edition is on August 10). And on a trip up to Minneapolis this week I managed to stop in. They’re located further north than Surabhi and on the other side of the freeway (at the intersection of American and Penn, in the big strip that includes a Fresh Thyme market). They opened a year and a half or so ago—fitting well with my hypothesis that a new wave of South Indian-leaning restaurants have been opening in the Twin Ciites metro in recent years following an increase in the South Indian population in the area. Apart from the name of the restaurant there aren’t so very many nods to the South Indian connection in the lunch buffet (and even the a la carte menu seems less South Indian-leaning than at Persis) but they don’t put out the standard North Indian curry house spread. And on the strength of my meal today I’d recommend it for those looking for a good Indian lunch buffet in the area.

Their website says they open at 11 but when I got there a little after 11.30 the door was still locked. They let me in and said the buffet was in the process of being laid out. The restaurant started filling up shortly thereafter—mostly people from nearby offices, it seemed, but also a couple of families. The buffet was expansive with 17 savoury items plus three desserts. There’s some rotation among the entrees served every day I was told. Among the 17 savoury items there were enough selections for vegetarians. And those looking for North Indian curry house staples will be interested to know that they had tandoori chicken (fine), butter chicken/paneer (did not try either) alongside Hyderabadi style veg and goat biryanis (I tried the latter and liked it), Chicken 65 (the sticky kind that I am always hunting for) and a vaguely South Indian-style bone-in chicken curry (quite nice). Their chhole-bhature were also decent as was the home-style slightly sour toor dal. The naan was just about fine. I did not try the other dishes. This spread, on the whole, was I thought clearly superior to that at Surabhi a few weeks ago. Oh, and nothing was notably spicy.

For not-very good cellphone pictures of the space and the food, please launch the slideshow below. Scroll down for price and thoughts on value and comparable quality. 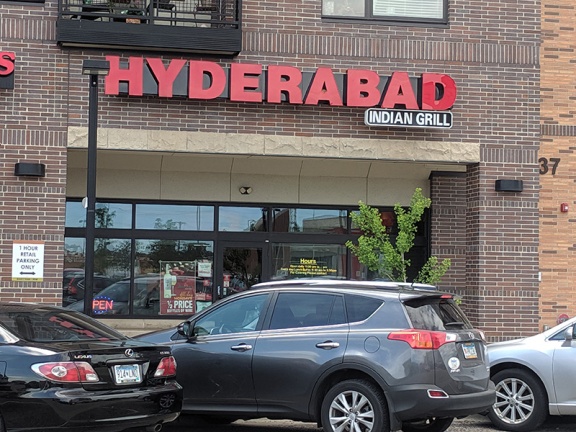 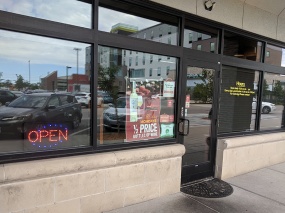 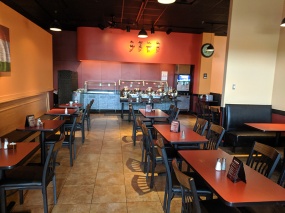 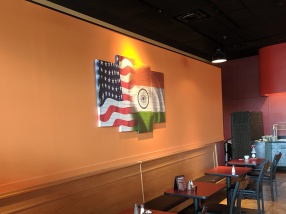 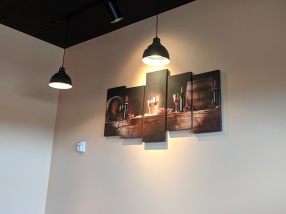 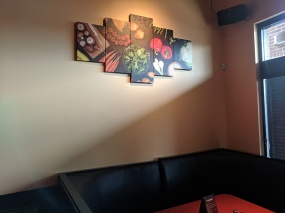 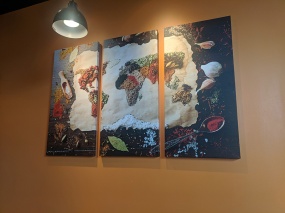 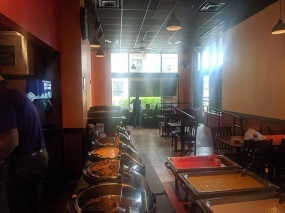 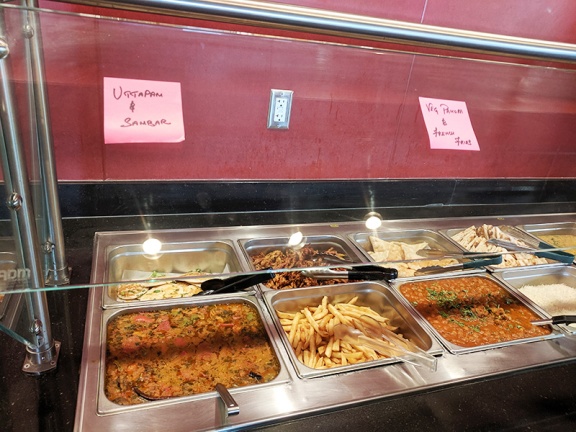 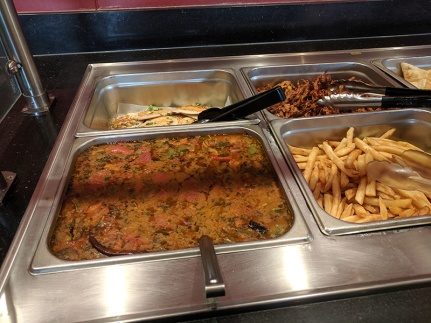 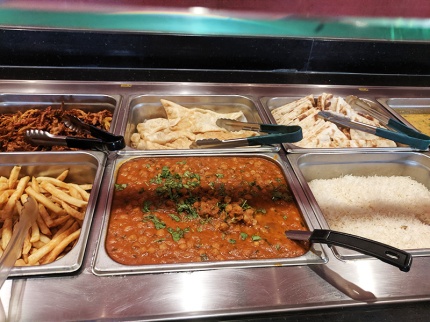 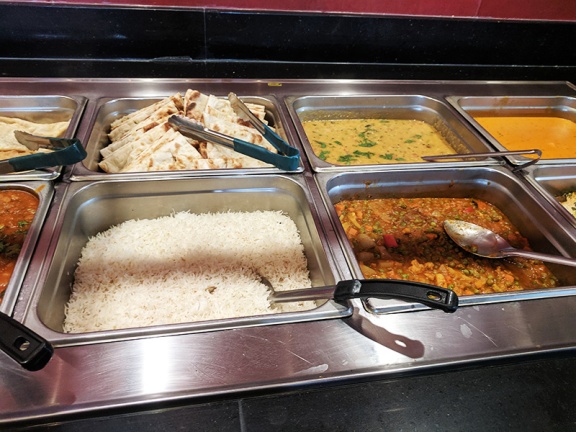 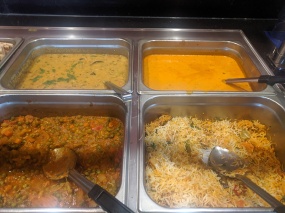 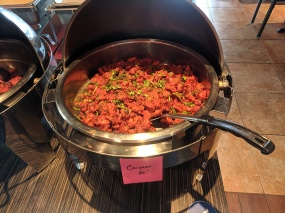 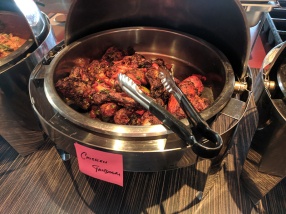 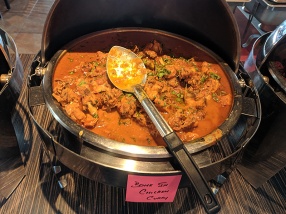 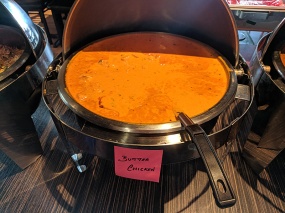 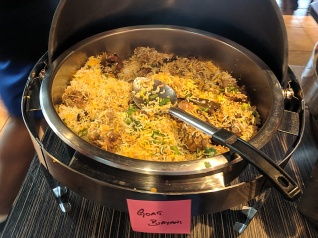 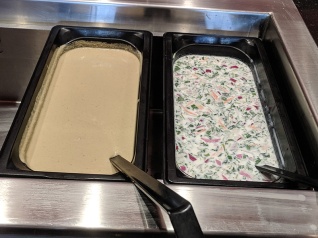 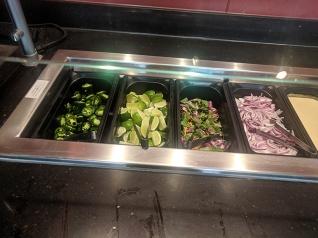 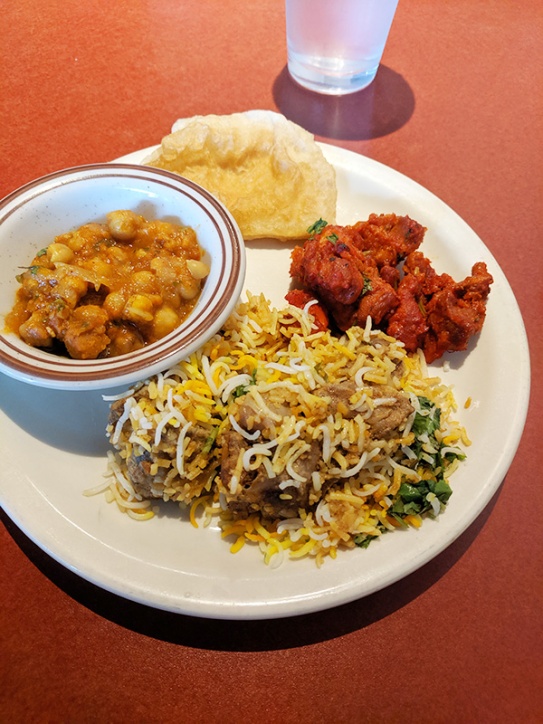 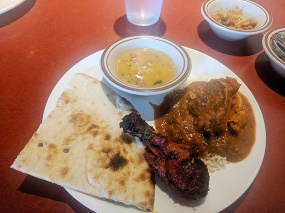 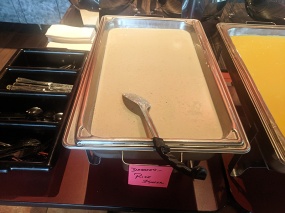 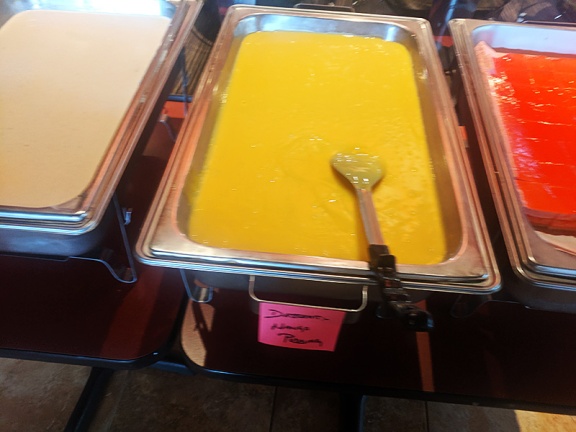 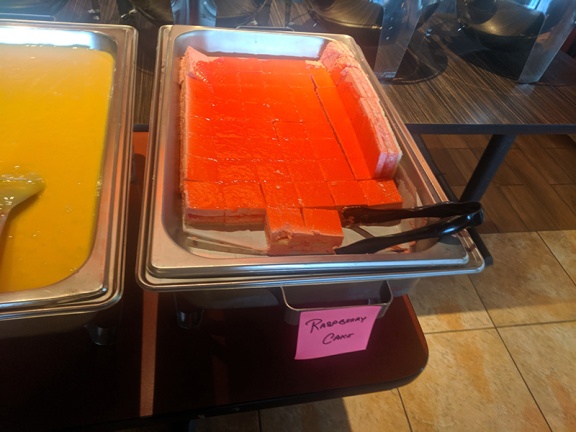 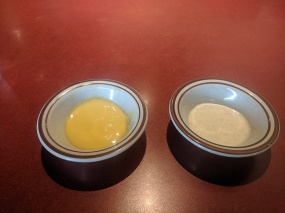 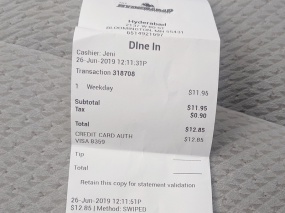 The buffet is $11.99 which is quite a bit cheaper than Surabhi’s. With tax and tip it would have come to $15. I say “would have” because in my distracted state I left a 40% tip. Well, maybe I’ll get even better service if I go back soon. Speaking of service, it was friendly and present. Granted I was there right at the start and heart of the lunch hour, and not after it as I was at Surabhi, but the vibe here was more lively, with far more staff in and out of the kitchen. As someone who’d be driving to either place, I’d be hard-pressed picking Surabhi’s buffet over this one for $5 less. And while I was told by my server that they’ve recently made some changes to the dinner menu, I’d probably be more interested in coming back here for dinner before Surabhi as well.

Coming next on the food front, the long promised/threatened review of Indian (-ish) and another meal write-up from Montreal.

*It really does seem like “_____ India/n Grill” is the new hot naming convention for Indian restaurants, at least in Minnesota.

One thought on “The Lunch Buffet at Hyderabad Indian Grill (Bloomington, MN)”