Almost exactly four months to the day that we arrived in Goa for a week’s holiday, here is a brief account of our first meal there. We were staying at the beautiful home of old friends (they weren’t there) in Velim in South Goa. South Goa has far less tourist traffic than North Goa does and so is far less hectic. By the same token there are fewer quality restaurants in the larger area, and in a small, sleepy village like Velim there are none. For the rest of the stay all our dinners would be at the house; but as we’d arrived in the evening of the first day it hadn’t been possible to get set up with the cook we’d made arrangements with in the village. I’d looked around before arrival to see what the options were that wouldn’t require us to drive another 30 minutes back in the direction of the airport and we settled on the outpost of The Fisherman’s Wharf in Cavelossim, not too far from the beach on which we would spend the majority of every day following. The Fisherman’s Wharf is a chain with a few locations in Goa and they’ve expanded as well to Bangalore and Hyderabad. We didn’t have any particular expectations but it turned out to be a decent meal on the whole, if nothing very exciting. Indeed, this meal included a few items that we consumed pretty much every day for the rest of the trip.

The Cavelossim location of The Fisherman’s Wharf is in what passes for the major tourist drag in the area. There’s a Holiday Inn and a Leela nearby as well as a Radisson a mile and a half away—and lots of other smaller places in between. The restaurant—like Star Light—is located on the Sal river, right before it meets the Arabian Sea. The Fisherman’s Wharf is a very different proposition than Star Light, however. It’s a much larger restaurant, much more upscale in ambience, and prices are much higher to match. The clientele, not surprisingly, at our visit was seemingly entirely tourists like ourselves. Well, not entirely tourists like ourselves—some of them were European but the larger fraction seemed to be down from Bombay and parts much further north.

The menu, as at Star Light and at almost every Goan restaurant we visited, is the usual multi-cuisine deal with Continental, North Indian, Indian Chinese and Thai offerings crowding the Goan selections. But there are a fair number of Goan dishes on the menu, and they have a much more extensive (and expensive) “catch of the day” display than any of the places we visited later in the trip with the exception of Martin’s Corner. We ordered almost exclusively from the Goan end of the menu—but as our lunches were going to be out every day, and dinner was going to be home-cooked Goan food, we did not order with our usual eat-and-take abandon. In fact, we ordered downright lightly by our standards.

What did we get? No starters. Instead we went right down to business with a chicken xacuti. From the “catch of the day” display I’d selected a very good-looking black pomfret. We hadn’t been able to decide how exactly we wanted it prepared but our server rescued us by saying we could have it done two different ways. Accordingly, we got half of it as a butter garlic preparation and the other half as ambot tik (the famous Goan sour seafood curry). To go with we got some rice (they only had basmati on the menu), naans for the boys and on a whim I got a basket of sannas—a classic Goan rice cake thingy made with a fermented batter, traditionally—though in restaurant  practice not very often—involving toddy. These sannas did not have toddy in them but they were excellent anyway and I ate sannas every single day of the week that followed (the absolute best came from a woman at the market in Assolna two days later).

The xacuti was tasty but nothing very special; the ambot tik was very good (and the quality of the fish was indeed excellent). The boys loved the butter garlic fish as well—I thought it was just decent—and they too ate butter garlic preparations of one kind or the other at pretty much every one of our subsequent meals out. But what they loved most of all was their first-ever encounter with fresh lime soda. They probably drank a gallon each every single day at the beach the rest of the way.

Launch the slideshow for a look at the restaurant and the food. Scroll down to see how much it all cost and to see what’s coming next on the food front. 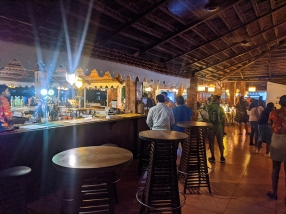 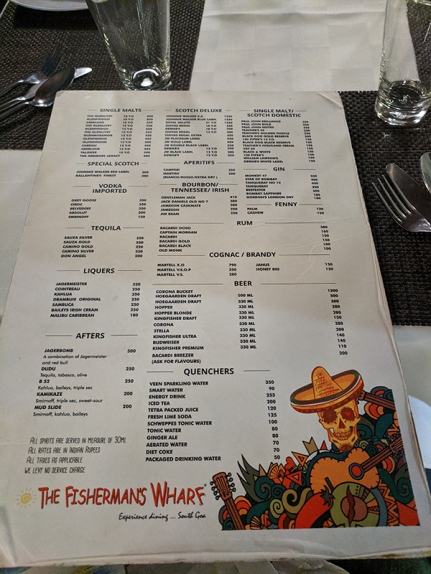 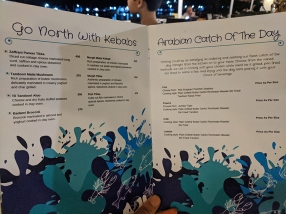 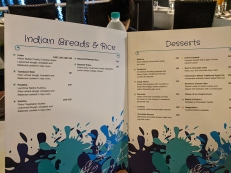 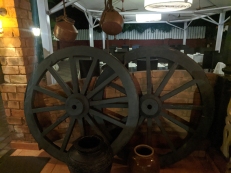 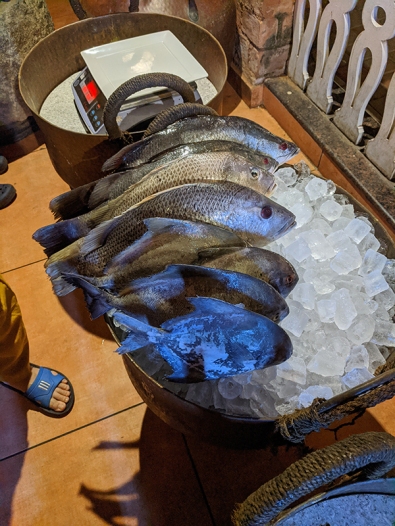 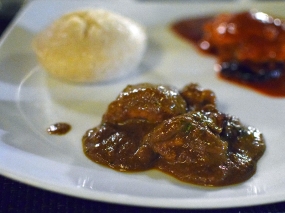 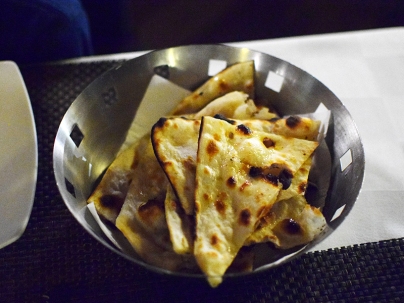 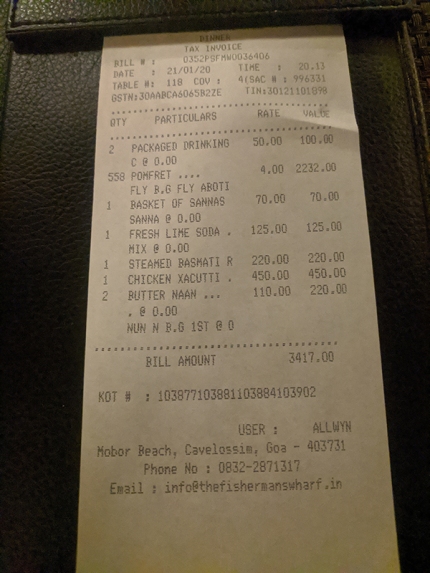 Service was very good. Friendly and present without being overbearing. Before tip this came to just over Rs. 3400, or just below $50. It’s true that a large part of this was the price of the fish but in the Indian context this is pretty expensive for what this meal was and certainly more expensive—relative to quantity and quality—than most of the meals that followed. We only paid more at the Palacio do Deao and that meal was far more extensive (and also much better). Our lunches at Martin’s Corner, Fernando’s Nostalgia and Hog Worth were also much better and significantly cheaper. And though this was better than our lunch at Star Light that was less than half the price and the restaurant had a greater charm.

Not a great meal but also not a bad meal. And certainly not our worst meal—that was the next day’s lunch. I’ll go over that meal as well as our lazy days on the beach in my last Goa report next weekend. Before that I’ll have another pandemic takeout meal report from Minnesota and another recipe.